27th March 2000 | Kerry Cullinan
Policing domestic violence is difficult at the best of times, but virtually impossible when the police officers expected to arrest the attackers also assault their partners. This is one of the dilemmas facing Captain Annette Strampe, head of the Northern Cape's victime empowerment programme.

Policing domestic violence is difficult at the best of times, but virtually impossible when the police officers expected to arrest the attackers also assault their partners. This is one of the dilemmas facing Captain Annette Strampe, head of the Northern Cape’s victime empowerment programme.

Policing domestic violence is difficult at the best of times, but virtually impossible when the police officers expected to arrest the attackers also assault their partners.

This is one of the dilemmas that confronts Captain Annette Strampe, co-ordinator of the police Victim Empowerment Programme in the Northern Cape.

Hers is not an enviable task. The province has the highest rate of assaults (serious and common) and rape in the country. There are few resources. And she estimates that 60 percent of police officers assault their partners.

“You can get as cynical as hell in this job,” she admits after a year in the position. “But we have to ensure better service delivery to victims.” And in the Northern Cape, this means easing the pain of women and children who have been assaulted and raped.

In the past year, Strampe has ensured that “almost all police stations have a private room for rape victims”. In addition, five stations also have rooms with one-way glass so that women can take part in identity parades without coming face to face with their attackers.

But the real test, says Strampe, will come when the training of all police officers ‘ not just the juniors that usually get sent along — in the handling of rape and domestic violence cases begins in May.

“You will hear about a police officer being called out to a domestic violence case, and ending up having a few drinks with the husband and telling the wife to go and make him some food,” says Strampe.

Strampe’s passion for her job is driven by the violence she witnessed as a child.

“My father was a policeman and he used to assault my mother. Many times we had to hide his service pistol,” she says frankly.

Her initial attempts last year to raise the issue of domestic violence within the police headquarters in Kimberley met with fierce opposition. Posters condemning violence against women were torn down throughout the building in one day.

But Strampe is not prepared to give up, and says her violent upbringing gives her the determination to fight the abuse of women and children.

Aside from serving in the police for 15 years, Strampe is also married to a policeman.

“A policeman is a macho guy,” she observes. “If he doesn’t drink, he’s called a moffie. He’s the odd one out. Alcohol is part of police culture. And in 90% of domestic violence cases involving policemen, alcohol is involved. They only do it if they’re drunk.”

Alcohol is an important factor in many of the assaults that plague the province. But Andrew Favell, who has worked with violent perpetrators in Canada for the past seven years, is quick to point out that while alcohol might lower your inhibitions it does not cause violence.

Favell and Strampe have been working together since last July on a pilot project that tries to change the attitudes of perpetrators of domestic violence.

“Somewhere inside, the person must have given himself permission to use violence,” says Favell. “Alcohol might reduce a person’s inhibitions or make him more intolerant of stresses, which, in a violent person might lead to violence. But alcohol and drugs are not the causes of violence.”

The causes, he argues, lie with people’s inability to control their anger and a rigid world view, based on “a strict demarcation of gender roles” where the man’s view is right and the woman’s has little value.

Sponsored by the provincial Office on the Status of Women, the 20-session course has only been completed by five men out of the 74 referred to it by magistrates dealing with domestic violence cases.

Favell concedes that the “attrition rate from the course was unexpectedly high”. About a third of the men referred to the course failed to turn up, while another 12 refused to take responsibility for what they had done.

The emphasis of the course, says Favell, is on “self-control and self-management”.

Strampe says it was initially hard to switch modes from being a detective, intent on catching criminals, to being a counsellor for people who have committed violent crimes. She was also stunned by some of the attitudes displayed by men on the course.

“When we asked one man if he was ashamed to let others see how he had assaulted his wife, he said he wasn’t because it is okay to ‘mark your territory’,” she said.

Both Favell and Strampe hope that they can raise more money to working with violent men as working with their victims only is completely inadequate. ‘ Health-e News Service.

Excessive use of alcohol is not advised in people taking AIDS medication as it may counteract the effect of the drugs. Elizabeth Xaba is proof of this. 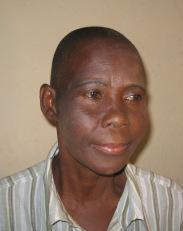 Some Tshwane drug dealers are allegedly giving nyaope away free to keep users hooked, say two young men from outside Hammanskraal who say they are ready to get clean.

South Africa’s National Strategic Plan (NSP) could stand for ‘No Substantial Policy’ when it came to the needs of injecting drug users, a human rights advocate told a gathering at the national AIDS conference in Durban.