20th March 2003 | Kerry Cullinan
Young doctors seem to assume that, after a year's service, they have 'done their duty' and can seek out greener pastures overseas.

Young doctors seem to assume that, after a year’s service, they have ‘done their duty’ and can seek out greener pastures overseas.

A staggering 43 percent of doctors completing community service in 2001 said that they were planning to work overseas once their service year was over. This is an increase of almost 10 percent from 1999.

Young white doctors were five times more likely to be planning to leave than African doctors, according to exit questionnaires processed by Dr Steve Reid and the health department.

Over half the white doctors and around 40 percent of Coloured and Indian doctors intended to work overseas, as opposed to only 10 percent of African doctors.

Graduates from Stellenbosch, the University of Cape Town and Free State were most likely to be packing their bags.

However, the majority of those who completed their service said that they felt they had made a difference and that it had been worthwhile.

However, community service dentists were particularly frustrated by a lack of equipment, which meant that many could not perform basic tasks such as fitting dentures. Many were assigned to places that had never had dentists before, and felt lonely and isolated.

Inadequate supervision, particularly in rural areas, was identified as a major problem. A quarter of community service professionals based in rural areas said in their exit interviews that they had had no supervision at all.

Recommending that community service be evaluated in five years’ time to see if it is achieving its aims, Reid said it was possible that the coercive nature of the service “actually defeats it’s own ends”.

“[Newly qualified health professionals] may assume that they have ‘done their duty’ and compensated society for the cost of their studies after only one year’¦ and it could be found to be one of the push factors in the current brain drain overseas,” said Reid. ‘ Health-e News Service.

The 2001 South African Health Review (SAHR) has made a priority in its annual report card of reflecting what South African patients, politicians and health workers have to say about health services and delivery. Produced annually by the non-governmental organisation, the Health Systems Trust, the review has dedicated significant space to the “voices” of service users, facility managers, hospital superintendent/managers, district managers, provincial managers, parliamentarians and policy makers.

Ramps, floor lighting and sign language interpreters are just a few of the simple things disabled people say they need to access health care but few health facilities are well-equipped. 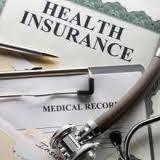