8th February 2007 | Anso Thom
An HIV vaccine, which has shown promise internationally, will be tested in the largest vaccine trial in South Africa to date.

An HIV vaccine, which has shown promise internationally, will be tested in the largest vaccine trial in South Africa to date.

An HIV vaccine, which has shown promise internationally, will be tested in the largest vaccine trial in South Africa to date.

A total of 3 000 participants will be recruited from Gauteng, NorthWest, the Western Cape and KwaZulu-Natal to be part of the ‘Phambili’ (going forward) trial. The vaccine trial sites are located in Soweto, Cape Town, Klerksdorp, Medunsa and Durban.

Professor Glenda Gray of the Perinatal HIV Research Unit at the University of the Witwatersrand will be the national principal investigator on the Phambili trial conducted under the banner of the South African AIDS Vaccine Initiative (SAAVI) and the international HIV Vaccine Trials Network (HVTN).

The test vaccine to be used in this study has already been extensively tested in the Americas, Africa and, Australia and involved thousands of people in Phase I and II testing of the vaccine.

The test vaccine is known as the MRKAd5 HIV-1 trivalent vaccine. It is based on adenovirus – a common cold virus that has been modified so that it cannot cause a cold in humans or be passed from person to person. The adenovirus is the carrier (or vector) that transports copies of three HIV genes – called gag, pol and nef. The vaccine is made in the laboratory, and does not contain live HIV. The test vaccine therefore cannot cause infection.

‘This test vaccine is one of the most promising currently available internationally,’ said Professor Anthony Mbewu, president of the Medical Research Council.

The trial is known as a phase IIb or ‘test of concept’ trial because it enables researchers to test the concept that the study vaccine either prevents HIV infection or lowers HIV levels in those who become infected. While a phase IIb trial is not intended for licensure of a vaccine, the data from this study will guide future HIV vaccine development.

“South Africa is an excellent choice for this trial.   While there are numerous countries with similar high levels of infection, South Africa is unique in its good clinical infrastructure, a well-established national HIV vaccine initiative, and experience in running clinical trials.

In addition, we have the necessary community involvement and education initiatives that are essential for running trials involving thousands of volunteers,” said Gray, world-renowned for her work in the Prevention of Mother-to-Child Transmission field.

Dr Lawrence Corey, principal investigator of the HVTN said this trial would answer several major scientific issues including whether this vaccine, which is based on the clade B HIV strain, has the potential to protect against the clade C virus, the subtype prevalent in South Africa.

Additionally, the South African study is likely to provide important new data on how the test vaccine might work in a predominantly heterosexual HIV epidemic, how well the vaccine works in women, and whether the vaccine works in populations with pre-existing immunity to the viral vector used in the vaccine, according to Corey, who is also head of the Infectious Diseases Program and Virology Division at the University of Washington School of Medicine.

Volunteers will be healthy HIV-negative males and females, aged 18 to 35 years, who are sexually active and not pregnant.

Researchers said a cornerstone of this vaccine trial was a commitment to the highest level of preventive care for all participants.

To meet this commitment, all participants receive extensive, state-of-the-art risk-reduction counselling on a regular basis throughout the study, and high-quality male and female condoms are provided to participants.   Participants are also provided access to care and treatment for any sexually transmitted infection during the study.

Access to circumcision will also be provided to male participants who desire circumcision. Recent research studies have shown that men who are medically circumcised are less likely to become infected with HIV when they have sexual relations with women. ‘ Health-e News Service

The South African National AIDS Council (SANAC) outlines its plan for the next three years in this 48-page performance plan.

‘I am a woman trapped in a man’s body. People ask me whether I am a woman and I answer, no. I have no feelings to women, I prefer relationships with men.’ 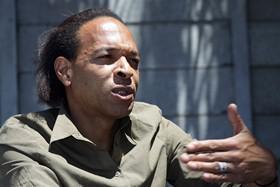 Although one pill a day can manage HIV, one young woman says there is still is not a pill for navigating love – and sex – in relationships where the virus is always the “third wheel.”