Fired for ‘doing my job’ – Madlala-Routledge

CAPE TOWN – Framed by bunches of roses from admirers and the distant rallying cry of AIDS activists in Green Point’s Somerset Road two storeys below, an emotional but defiant Nozizwe Madlala-Routledge faced a large media contingent to explain her side of the story.

Sacked on the eve of Women’s Day by President Thabo Mbeki, the former deputy health minister tried for the most to remain composed, but could not resist giving some detail on how she had been sidelined, bullied, ignored and been made to feel like a ‘handbag, that can be picked up when they needed me or not’ during her more than three years in the health department.

‘I was fired for doing my job,’ said a passionate Madlala-Routledge, adding that she respected the full authority the Constitution gave Mbeki to appoint and dismiss members of the Executive.

Madlala-Routledge disclosed that she had come close to being sacked two years ago when she dared question in a National Council of Provinces address whether it was wise to entertain the ongoing nutrition debate. She said at the time health minister Manto Tshabalala-Msimang, without looking her in the eye, had threatened that ‘I will fix you’.

Tshabalala-Msimang said a few hours later via her spokesperson that ‘no such statement was ever made’.

The former deputy minister said that in hindsight it was worthwhile staying ‘even if life was not easy’.

She revealed how she had been barred from getting access to any information from health department officials as Director General Thami Mseleku had instructed senior management to not liase with her. ‘Instead I had to make a submission to the health minister and she would decide whether I could see it or not.’

Reading a four-page statement Madlala-Routledge said she had been fired for paying an unannounced visit to Frere Hospital in East London on July 13 and for her response to the shocking situation she found in the maternity ward.

She said the other reason for her dismissal was following a request by an anonymous whistle-blower into an ‘unauthorised’ trip that she undertook to Madrid to address an AIDS vaccine conference.

Madlala-Routledge said Mbeki told her he did not approve the trip because he believed that the meeting was not for politicians. ‘This I was not aware of prior to my departure for Madrid,’ she said.

Setting the record straight, Madlala-Routledge said she believed Mbeki did not have all the facts relating to the two incidents and the actions she took.

With regard to Frere Hospital, Madlala-Routledge said she had acted within in the requirements and the boundaries set by the Constitution with regards to members of the executive.

Madlala-Routledge explained that following the report in the Daily Dispatch on Frere Hospital she considered it her duty to respond quickly to reports about babies dying at the reported rate.

‘I had no intention to create hype as alleges by the Chairperson of the Health Portfolio Committee (James Ngculu),’ she said.

Madlala-Routledge said she had previously informed the Eastern Cape health MEC Nomsa Jajula about the serious concerns at Frere as reported to her by fellow deputy ministers and the chairperson of the district under which the hospital falls.

‘I informed Ms Jajula that I intended to visit hospitals in the Eastern Cape with her. On the day I went to Frere Hospital she could not join me because of the short notice, but she dispatched the acting CEO to meet me at the hospital and accompany me on my visit.’

‘I had observed the exposure of staff to a highly stressful working environment, where clinical staff spend hours doing clerical work and pushing trolleys. I had observed a situation where there is a high turnover of staff,’ she added.

Madlala-Routledge disclosed that acting health minister Jeff Radebe had signed a declaration giving her ‘authority’ for when she went on similar visits, but that this had been withdrawn by Tshabalala-Msimang shortly after her recent return.

With regards to the Madrid trip, Madlala-Routledge said she had not defied Mbeki as alleged in the City Press report. She also clarified that she had acted in accordance with the Ministerial Handbook when she took her son and advisor with her on the trip.

‘I acted in good faith in the belief that had approved the trip. As a matter of interest the press might want to interview Ministers and Deputy Ministers to establish if some of them have not gone on overseas trips prior to establishing if they had permission from the President. Often Ministers and Deputy Ministers travel at short notice and this does not allow enough time to get the necessary stamp of approval,’ Madlala-Routledge explained.

She said she had one the same day she sent a letter to the acting health minister and president requesting approval. Staff in her office were in regular contact with officials in the Presidency to establish if permission had been granted.

‘On the day I left for Madrid, I asked if we had permission and I was assured that we did. However, in hindsight, I realise the cost of not asking to see the letter. This is why I am addressing you today as a former Deputy Minister, relieved of my duties two years before the end of our government’s term of office,’ Madlala-Routledge said, hinting that she had been misled.

Madlala-Routledge, her son and her advisor Sukhthi Naidoo returned on the next flight once she was informed that in fact the trip had not been approved. ‘I had a huge dilemma because despite the huge cost to the department, I could not be seen to defy the President by attending the meeting.’

Madlala-Routledge said she believed she had a Constitutional right to ask which institution conducted the investigation on behalf of the President and what its findings were. ‘I expect I would have been asked to explain my side of the story.’

As a Member of Parliament Madlala-Routledge would also be asking the Minister of Intelligence to investigate which senior government official in the health department was leaking internal government information.

Madlala-Routledge thanked her staff for support during ‘my worst and best moments’ in the Department of Health. She revealed they had been subjected to harassment by ‘faceless people who have sent them anonymous test messages and threatening phone calls’.

She said prior to her dismissal staff had been told they would be without jobs as ‘the deputy minister is leaving this time’.

Spokesperson for the minister Sibani Mngadi denied in a statement that Madlala-Routledge had been sidelined.

He accused Madlala-Routledge of often being absent from ‘Core-group’ meetings and National Health Council meetings ‘and in many cases without even tendering an apology’.

‘On the few occasions she was present, she would mostly be attending to her mobile phone while discussions were underway,’ Mngadi claimed. ‘ Health-e News Service.

An inadequate budget, a chronic shortage of staff and a deep gap in management undermine the quality of health care at Chris Hani Baragwanath Hospital. Unions, government, and hospital management all agree that remedial action is necessary. 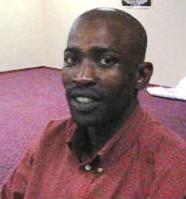 Ramps, floor lighting and sign language interpreters are just a few of the simple things disabled people say they need to access health care but few health facilities are well-equipped.

There is a widespread perception that services in hospitals have seriously deteriorated over the past few years, due in large part to staff shortages and the growing HIV/AIDS epidemic.