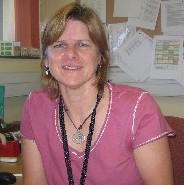 When scientists first started developing vaccines against HIV, they believed that it would take them 10 years to find one. Now, more than two decades later, they say they don’t know how long it will take.

KHOPOTSO: At least that’s an admission by Professor Lynn Morris, one of the scientists deeply involved in the search for an HIV vaccine in this country. Looking the opposite of a scientist ‘ in jeans and a V-neck T-shirt ‘ Morris has dedicated the last 14 years of her life to HIV research, the last half of which have been spent on vaccines investigations. Around a table in her office at the National Institute of Communicable Diseases, she speaks candidly – and with humour – about the frustrations of trying to find a vaccine.

Prof. LYNN MORRIS: At some stage, probably, it makes people wonder if we know what we’re doing (she laughs) ‘¦ I work in the lab’¦ I am frustrated by the fact that, yes, we’re not making progress. But, I think what must be really frustrating is dealing with the participants and having to explain to people that this vaccine hasn’t worked must be very frustrating and very difficult. For me, it’s almost like yet another challenge. Now I have to get back in the lab and try and figure out what’s going on here.

KHOPOTSO: Sending scientists and researchers back to the drawing board most recently, are the disappointing results of the STEP trial, conducted in the United States. Its sister trial in South Africa, was known as the HVTN 503 study or Phambili.

Prof. LYNN MORRIS: Yes, the latest vaccine trial was a real setback. It was a vaccine that had shown promise in animal studies, but also in earlier clinical trials in humans because it’s very good at stimulating what we thought were the right immune responses. People who had been vaccinated made what are called cytotoxic T-cells. Now, these are cells that are able to kill cells that are infected with (the) virus. We thought if people had these killer T-cells in their body, if they did encounter the virus, they would be pre-armed and ready. So, that was really the basis of that vaccine ‘ that it stimulated these good immune responses. However, when this vaccine was tested in what is called an efficacy trial’¦ the vaccine did not offer them any protection.

KHOPOTSO: The study was ordered closed after interim analysis of the US trial showed higher rates of infection in the vaccine arm of the study. There were 33 HIV infections in the placebo group and a significantly higher 49 in the vaccine arm. For ethical reasons, the South African study also had to be stopped. To date, only one vaccine study has completed efficacy level research. But the results also proved disappointing. This begs the question: Why is it difficult to develop an effective HIV vaccine when diseases such as small pox and measles among others, have one?

Prof. LYNN MORRIS: HIV presents the most challenging virus actually, to try and make a vaccine against… We’ve often been guided by the immune responses of people who’ve had these infections and who’ve gone on to clear the infection, as happens with many viral infections. Many people actually clear these infections ‘ and who haven’t been vaccinated. We understand what the immune system has to do to clear these viral infections. Now with HIV, nobody has ever been infected with HIV and recovered’¦ So, it means that the immune system itself is not able to do that. So, a vaccine has to actually do better than the human body does’¦ And that’s one of the biggest challenges’¦ We don’t know what immune responses we need to stimulate to make a protective HIV vaccine.

KHOPOTSO: The development of HIV vaccines has taken many forms over the years. The earliest vaccines made use of the outer surface proteins of HIV, called lollipops. Due to failure to elicit the desired immune response, this changed over time. But even new technologies in HIV vaccinology are failing to succeed. Morris and many others in her field are now realising that it will be a long time before they can find an effective vaccine against HIV.

Prof. LYNN MORRIS: I think a vaccine is possible against HIV. How soon that is, I’m hesitant to even put a number on it because I know in the past we have been putting numbers on this’¦ I think we started with 10 years (she laughs). I really don’t think we can put a timeline on it’¦ The message out there is that a vaccine isn’t around the corner and even if we did have a vaccine, it wouldn’t be the complete answer because no vaccine is a 100% effective.

KHOPOTSO: Whether a vaccine will be found, remains a relevant question. In the absence of a cure for AIDS, coupled with risky behaviour and other factors, including social ills, biological interventions such as an HIV vaccine are an absolute necessity to prevent millions from potential infection. As for how long it will take to find a vaccine, it’s useful to note that polio, for example, took 47 years from when it was discovered to having an effective vaccine.