29th July 2009 | Anso Thom
OPINION: The crisis that led to doctors downing their stethoscopes recently was not created in the last two months. This calamity was created over at least 18 months after almost a decade of neglect by former health Minister Manto Tshabalala Msimang.

OPINION: The crisis that led to doctors downing their stethoscopes recently was not created in the last two months. This calamity was created over at least 18 months after almost a decade of neglect by former health Minister Manto Tshabalala Msimang.

The role of Director General, Thami Mseleku, and particularly his Deputy Director General for Human Resources, Percy Mahlati, need to be investigated in connection with the poor handling, confusion and delays in implementing the present occupational specific dispensation (OSD) for doctors, dentists, pharmacists and emergency medical personnel

Unfortunately the current OSD has turned into a scramble for salary hikes and the intentions of the 2007 agreement with labour have been all but lost. There is such a stand-off between the parties that there is little sanity or rational thinking remaining

The Public Service Coordinating Bargaining Council’s Resolution 1 of 2007 states clearly that the objectives of the OSD were to provide a basis for the annual salary adjustments for employees for 2007/8 and 2008/9. In addition, its aim was to introduce revised salary structures for identified occupations that cater for career-pathing, pay progression, grade progression, seniority and increased competencies and performance with a view to attracting and retaining professionals and other specialists, as well as to review the non-pensionable allowances payable in the public sector.

Experts agree that the intentions of the OSD are brilliant. But it is very complex and the implementation of the OSD for nurses after the 2007 strike was so badly managed that the nurses’ OSD is now the subject of at least three labour court cases and is far from settled.

It also cost the State vastly more than was projected when the package was designed. Questions are being asked whether the form in which OSD has been moulded is affordable and sustainable. The complexity lies in the fact that, unless it is very tightly defined, the OSD is open to varying interpretations and disputes.

The disaster which has revealed itself in the present strike has been coming for a long time. Mseleku and Mahlati were content to allow the same chaos that was prevalent during the nurses’ OSD implementation to taint the execution of OSD for doctors and other professionals.

All indications are that the nurses’ OSD was implemented blindly with no proper information available to make sure we could handle the full impact of the new structure, very little or no leadership was given to provinces on how to implement the OSD and provinces were given no guidelines on how to deal with unusual cases.

The Department of Public Service and Administration (DPSA) now needs to make good on their promise to investigate what went wrong with the implementation of OSD for nurses and hold accountable those officials from the health department, DPSA itself and Treasury if need be.

The same investigation must now be extended to the doctor debacle. The investigation needs to explain why there has been a 12-month delay in implementing the OSD for doctors and who needs to be held accountable. It also needs to look at how the implementation of OSD for nurses was allowed to happen without anybody at the National Health Department (specifically Mahlati and Mseleku) fulfilling a proper and meaningful oversight role.

Indications are that former Health Minister Manto Tshabalala-Msimang failed to properly take a lead on improving human resources for health in South Africa and she did not provide the requisite oversight on implementing the nurse OSD.   In short the OSD for nurses, doctors, dentists, pharmacists and emergency medical personnel has been such a mess that heads need to roll.

The OSD for nurses was implemented with little proper information, modelling or detailed financial projections. It allowed for too much interpretation which is counter to the intention of creating a national standard career path for each profession. Different sets of data were used by different officials which meant that it was impossible to cost the nurses’ OSD properly or to exercise some control or oversight over the implementation in nine provinces.

Provinces, anxious and distressed about being left in limbo while haemorrhaging staff, implemented the nurse OSD in varying degrees of effectiveness and consistency. However it has cost a great deal more than what was projected and budgeted for and while the national health department is trying to blame Treasury or other departments it must take responsibility for what transpired.

In order to prevent a recurrence of the first OSD financial disaster, one of the first things Tshabalala-Msimang’s interim successor, Barbara Hogan, did when she took office was to order that proper oversight be put in place for the implementation of OSD for doctors. Data on each individual doctor was collated to generate projections of the financial implications centrally. Missing information had to be found or explained to ensure that there were no surprises when the final offer was made to labour.

However, all this happened when the horse had already bolted and health workers were fed up, tired of being told to wait only to be presented in the end with a package which they felt did not meet their expectations.

Health Minister Aaron Motsoaledi has had a baptism of fire. He has had to grapple with the complexities of a looming yet controversial national health insurance plan, and took office with a doctor strike looming. Not only has there been a delay in the implementation of OSD, but working conditions, which have deteriorated rapidly under the watch of Tshabalala-Msimang and Mseleku have raised the ire of the remaining public health professionals.

Motsoaledi has gone the extra mile to try and secure a fair wage package for doctors. He has insisted that the OSD should not perpetuate inequities of the past but should simultaneously remedy the massive inequities that exist not only between the provinces, but also within provinces.

During the costing of individual OSD implications, it was evident that there are many cases of doctors doing the same job, but working at different hospitals even within the same province, being paid vastly different salaries. So, while some doctors may feel that the proposed salaries are disappointing and do not amount to the claimed increases of around 60%, in some cases, for those doctors who have been comparatively under-remunerated, a 60 % increase is indeed a reality.

Furthermore, recognising that interns and community service doctors are the backbone of the public health system, Motsoaledi has opted to focus on addressing these junior staffs’ paltry salaries.

The other focus in the first year of the OSD implementation is on Registrars or specialists undergoing their formal training and on the Principal and Chief Specialists (many of whom are university professors) who train them and who need to be retained.

One can understand that the medical officers might feel hard done by, but many are arguing that their salary package of R330 000 to R530 000 (before overtime) is fair.

Doctors have also argued that Motsoaledi lied when he announced the new salary packages as they claimed that he had merely collapsed allowance such as scarce skills allowance, medical aid, pension and overtime into the revised salary packages. It is correct that these allowances are now included in the overall total packages on offer, but this is in line with the terms negotiated as part of the 2007 OSD agreement.

The frustration among health workers is understandable. For many years they have been dealing with an antagonistic employer (health department) which has often targeted doctors who have tried to raise their grievances about poor working conditions.

For too long, health workers have dealt with the fall-out due to a lack of leadership from the national health department.

Motsoaledi is making all the right noises and he was very frank in his budget speech about some of the factors contributing to the problems in the health system, such as:

He adds that some of these issues will be dealt with urgently and has committed himself to facing the challenges head on. While we know that it is easy to make promises, it would be only fair to give Motsoaledi an opportunity to prove himself.

He faces a daunting task, not only to deal with the ever increasing burden of disease, but also to try and repair a public health system that has collapsed on many levels coupled with the fact that many of his senior officials lack the ability to build trust across health professions. Perhaps, urgent restructuring of the health department is needed so that senior management is made up of experts in health and management, not just political appointments.

Two organisations representing over 12 000 healthworkers have called for the immediate reinstatement of the doctor who threw a picture of KZN Health MEC in the bin.

The quality of health care services in South Africa is declining. With that in mind, Health Minister Barbara Hogan and her deputy Dr Molefi Sefularo, are crisscrossing the country in a series of face-to-face colloquiums with health professionals to discuss the issues that bedevil the provision of care. 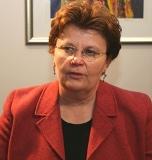 CAPE TOWN – South Africa’s world-class government policies are failing to reach poor children on the margins, according to child experts.