31st January 2011 | Ayanda Mkhwanazi
With the launch of the AID Effectiveness Framework for Health last week, the Health Department is confident that it has taken a step closer to achieving its goal of giving South Africans better health care. This follows a renewed financial boost to the country's health system.

The AID Effectiveness Framework for Health is a tool that will give guidelines to the Health Department on improving the health care system of the country. Health Minister, Aaron Motsoaledi, says access to quality health care needs to be sped up really fast. Following a financial boost of more than R17 billion rands from foreign donors, Motsoaledi says his key priority areas will include HIV/AIDS, TB and addressing maternal and child mortality.

‘The life expectancy of South Africans has unfortunately declined significantly. Infectious diseases, particularly HIV/AIDS and TB, have increased in proportion from 13.1% to 25.1%. This has had a profound impact on our life expectancy. We are one of the 22 high burden TB countries in the world. Our TB cure rate is around 60%, with provinces of Kwa-Zulu Natal and Mpumalanga who have a high prevalence of HIV/AIDS. Child and neonatal deaths have increased and our maternal deaths have deteriorated. In both instances HIV/AIDS is the leading cause’.

Motsoaledi pointed out that other diseases such as diabetes, epilepsy and cancer are also on the rise. The minister has emphasised his concerns about the country’s health care system, more especially the public health sector, saying it is ‘unsustainable, destructive, very expensive and curative by nature’.

The AID Effectiveness Framework for Health will also focus on strengthening primary healthcare. Motsoaledi says the approach of the health care system should be a preventative one as opposed to a curative system.

Meanwhile, the National Health Amendment Bill was released to the public for comments this week. The Bill proposes an amendment of the existing National Health Act through the establishment of the Office of Health Standards Compliance. The establishment of this office is part of government’s commitment to improve the quality of health care in public health facilities. Motsoaledi says this office will help them improve on the following key areas.

This office is going to have three units – one being the inspectorate; the second unit will be accreditation, since we’re coming up with the National Health Insurance… no facility will be accredited to the NHI unless it meets basic standards. The last unit will be the ombudsman because the public need to be able to march out of any institution to complain’, says Motsoaledi.

The Minister says to achieve better outcomes things have to be done differently and hopes that the partnerships with the donors will assist in this shift. Ambassador of the United States of America, Donald Gips, has expressed his happiness at the partnership saying that already America has committed over R4 billion rand to fight HIV/AIDS.

‘South Africa has demonstrated extraordinary passion in this fight. The minister has convinced this government to put dollars behind this fight. South Africa is now the biggest contributor to the HIV/AIDS response anywhere in Africa. The national treasury committed an additional R2.8 billion rand to the expansion of HCT and R5 billion rand to the expanded ART programme’.

Gips agrees with Motsoaledi that things need to be done differently to achieve goals. ‘The first is finding a way to reduce the cost of treating people. I believe one of the ways of doing that is the new national ARV procurement tender, which will allow South Africa to reduce by 50% the price they pay for the drugs. That will in turn free up resources. We are proud to provide an addition R840 Million rand for ARV procurement and strengthening, and we are able to ensure that ARV’s are able to flow’, says Gips.

In our last Living with AIDS feature for 2003, Health-e looks back at what has been a momentous year, culminating in the Cabinet’s approval of a Care and Treatment Plan for people living with HIV and AIDS. 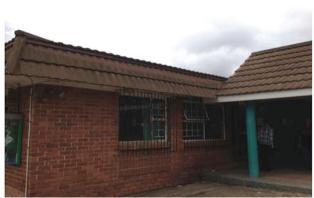 Scientists would describe the Ramothwalas and the Leons as “discordant couples”, which means that one partner is HIV positive and the other HIV negative. But how much discord has the virus brought to their lives?