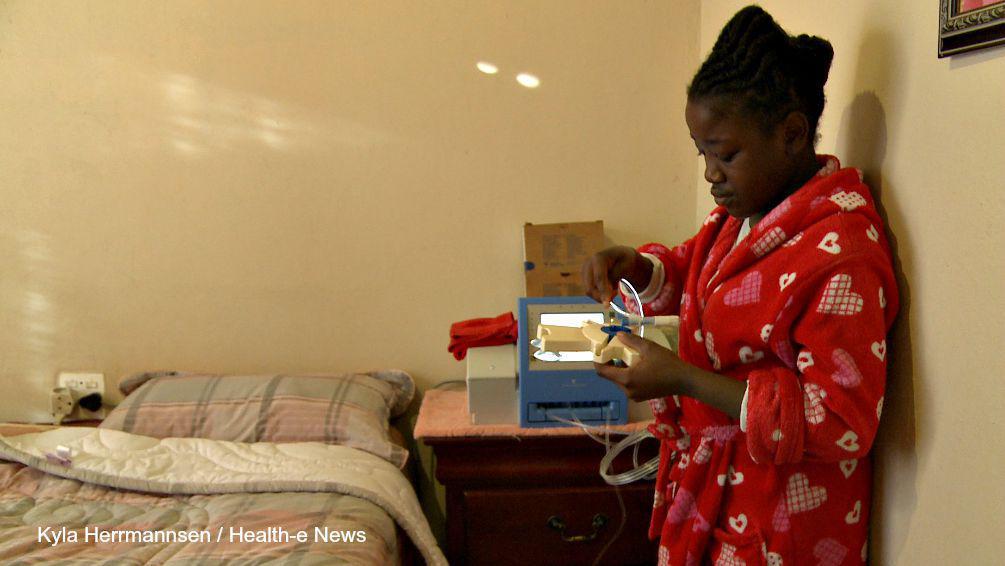 South Africa performs less than 300 kidney transplants annually, according to the South African Renal Society. As more people await life-saving transplants, the demand for dialysis is increasing and the country is not keeping up. 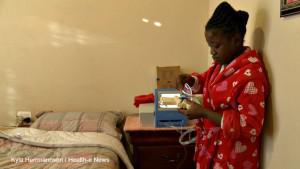 Ntokozo Kubeka,16, is one of the lucky ones. She is able to undergo dialysis at home. “I love my machine because it’s my kidney,” she says.

Ntokozo Kubeka, 16, was born with one kidney, which no longer functions. Last year, Kubeka was diagnosed with kidney failure.

“When I found out that I had kidney failure I thought it was maybe something that can be cured, like maybe I can drink some pills and then I become better,” Kubeka told Health-e News.

Kubeka is one of the lucky ones. She is able to undergo dialysis at home while awaiting a new kidney. Each night, she connects herself to a dialysis machine via a catheter in her stomach. The machine removes waste fluid and toxins from her system, just like normal kidneys would, while she sleeps.

“When you have kidney failure it means that you have to do dialysis because there’s no any option that you can do either you do dialysis or you will die,” explained Kubeka. “I love my machine because it’s my kidney.”

About 4,300 South Africans like Kubeka are currently awaiting life-saving organ and cornea transplants, according to the Organ Donation Foundation.

According to President of the South African Renal Society Sarala Naicker, less than 300 kidney transplant operations occur annually despite the thousands of patients in need of new organs.

“We find that people wait between three to five years,” said Naicker, who explained that waiting times can stretch up to 10 years for patients with more complicated cases.

Thousands of kidney failure sufferers in South Africa remain untreated and unable to access dialysis because of a shortage of machines.

“All of the facilities are oversubscribed so it’s very difficult to put new people on treatment,” explained Naicker, adding that the country has actually seen a decline in kidney donors.

If South Africa were to increase transplanting numbers, more patients would be able to access life-saving dialysis.

The Department of Health aims to increase the transplant rate five-fold and to double dialysis treatment numbers over the next 10 years. This would decrease the number of years patients currently wait to receive an organ.

South Africa currently provides treatment to about 8000 renal failure patients. The Department of Health hopes to increase this number to about 14,000 by 2025.

“Sometimes I think about death,” said Kubeka. “You just have to tell yourself no matter what, I will get the kidney.” – Health-e News.