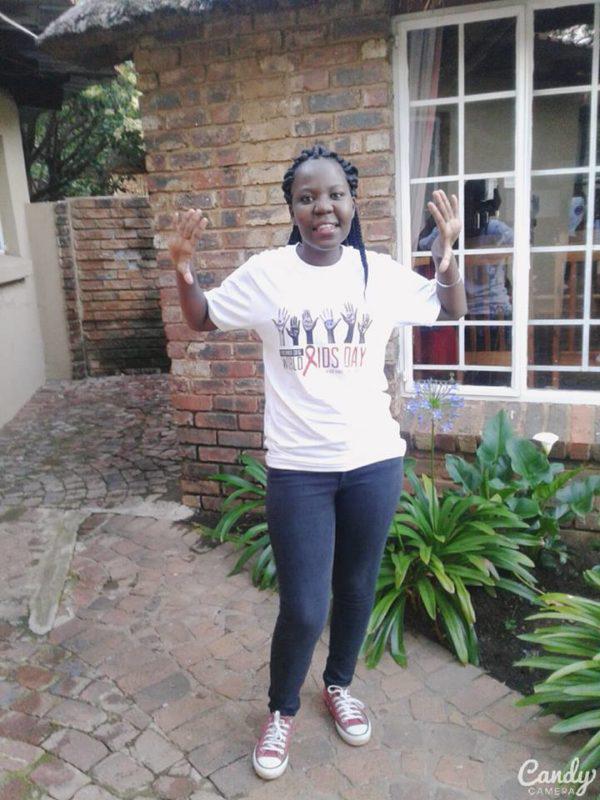 Diagnosed HIV positive at birth, pregnant at 16, raped at 19 – a young woman raised in Soweto is using her own life experiences to teach young people about HIV and unwanted pregnancy. 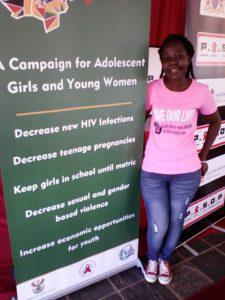 Norah Mathe, 25, is on a mission to educate learns about HIV prevention.

The Treatment Action Campaign’s Norah Mathe – now 25 years old and healthy – is on a mission to change the fact that although one in every 10 South Africans has HIV, only about a quarter of young people know how the virus is transmitted. These are the figures according the latest Human Sciences Research Council’s study on HIV prevalence.

In 2012 AIDS lobby group the Treatment Action Campaign (TAC) started a youth outreach programme to ensure that young men and women know how to protect themselves from HIV. They recruited Norah as one of their youth educators.

“I am taking sex education to the different schools of Vosloorus to educate young people about HIV and how to prevent themselves from being infected and unwanted pregnancies.”

Norah told Health-e News that as well as providing sex education she offers support to those who are already infected but are stigmatised and not receiving the family support they need.

As a person who has been living with HIV her whole life, Norah said she knows what to say when she educates and encourages people who are infected and affected by HIV. She faced much of it herself growing up.

“I am using my status to encourage young people and show that there is life after being diagnosed with HIV, and to warn those who are not infected to protect themselves and stay negative.”

Norah was born HIV positive in Soweto, and was one of the first people to be put on ARVs when the treatment was initially rolled out in South Africa.

As a person who has been living with HIV her whole life, Norah said she knows what to say when she educates and encourages people who are infected and affected by HIV. She faced much of it herself growing up.

“I started treatment when I was five years old,” she said. Even though she had love and acceptance from her family, she found her HIV status hard to accept because of the stigma she faced within her community.

“I only played with my cousins as a child. Other kids did not play with me because they believed I would infect them.”

Both parents died of Aids

Norah never had a chance to know her parents as they both died of Aids shortly after she was born. She was raised by her grandmother, who was always her biggest supporter.

While sex education, including HIV prevention, is part of the national life orientation curriculum at all schools, there are gaps in education around sexuality, condom use, as well as communication and decision-making skills within relationships. These failings were identified by a 2012 United Nations Population Fund study.

Norah said the TAC youth outreach programme was a good platform for her to teach and support youth about HIV issues, sexually transmitted infections and unwanted pregnancies.

Norah has recruited youth from her community to join her in her efforts through the TAC’s outreach programme. She said growing up HIV positive without her parents had made her life difficult.

But now, as an adult, Norah has drawn strength from her experiences and uses what she knows in her work as a youth outreach programme educator. She is passionate about what she does, believing she can use her own hardships as lessons for others and an encouragement to help them make good choices and follow an easier path.

“This is why I want to make sure that the youth of Vosloorus are free from HIV, STIs and unplanned pregnancies. And I want those who are positive to adhere to their treatment.”

She said one of her goals is to be a South African AIDS ambassador.