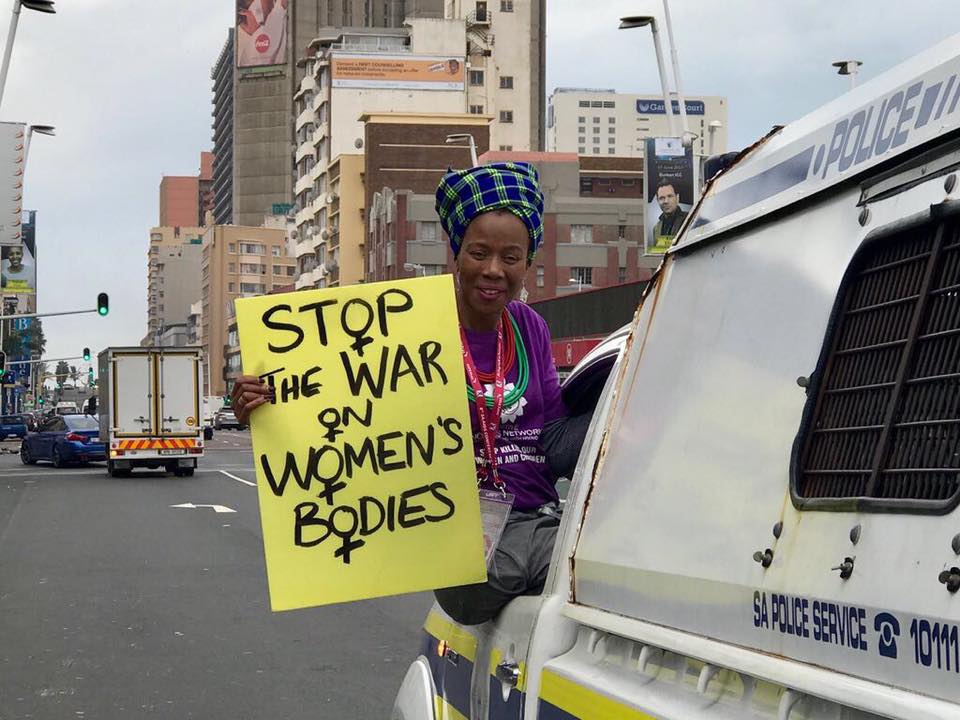 One of South Africa’s key AIDS activists, Prudence Mabele, passed away this week from complications relating to tuberculosis. She reflected on her life in this interview with Health-e in late 2016

Back in 1990, AIDS was regarded as a disease that only affected white, gay men. But that’s when 18-year-old Prudence Mabele discovered that she was HIV positive.

“I had only ever had one boyfriend. I couldn’t understand it. Things were rough,” says Mabele, who is the founder and director of the Positive Women’s Network.

“Rough” is an understatement. Prudence decided not to hide her HIV status, becoming one of the very first South African women to acknowledge her HIV publicly. In doing so, she felt the full force of massive stigma.

She had to changes courses after the Peninsula Technikon authorities barred her from studying medical technology as they feared she might infect other students in the laboratory. When she worked in the library, people would whisper, “AIDS”, when they saw her.

Her hospital file was stamped with a big red X and nurses who treated her asked her if she was a sex worker – except they used derogatory words.

But worst of all was the assumption that she would soon die.

“People would offer prayers when they heard I was HIV positive. I had to go home and tell my grandmother that I was dying of a new disease and I wouldn’t graduate,” says Prudence.

No sense of belonging

Although she became part of a support group with HIV positive people, most of the people she met were white, gay men – not the company that a teenager from Wattville township in Ekurhuleni was used to.

“I had no sense of belonging at all,” says Prudence of the intense loneliness of the time.

She worked as a volunteer counsellor at the Red Cross Children’s Hospital where she had to tell new mothers that they and their babies were infected with HIV. She also interacted with little orphans from Nazareth House who came to the hospital.

“There was one little girl – I can still see her face, she was so beautiful. She used to ask ‘why did Jesus make me so sick?’ She also died,” remembers Prudence.

By 1993, Prudence was suicidal and decided to leave PenTech. She was employed by the Department of Health in Pretoria, but found the experience difficult and disillusioning. So in 1996, she formed the Positive Women’s Network (PWN) to support women to come to terms with their HIV status, understand the virus and learn how to generate an income. Two years later, she helped to set up the Treatment Action Campaign to fight for antiretroviral treatment that was out of the reach of the average South African.

“It was hard for me to see the future. I decided not to have children because I feared they would die. So much happened in front of me. I didn’t want anyone to go through the what I had gone through, so we formed the PWN.”

She has spoken on many international stages and was one of those who carried the Olympic Torch in Athens in 2004.

But she says things are still tough. Civil society organisations working in the AIDS sector are closing down because of lack of funds.

“Everything is clinical these days. We are losing the human touch. But a young woman is not going to adhere to her ARV treatment unless she is given support; unless something resonates with her.”