Home » Women use gardening to fight malnutrition in their village 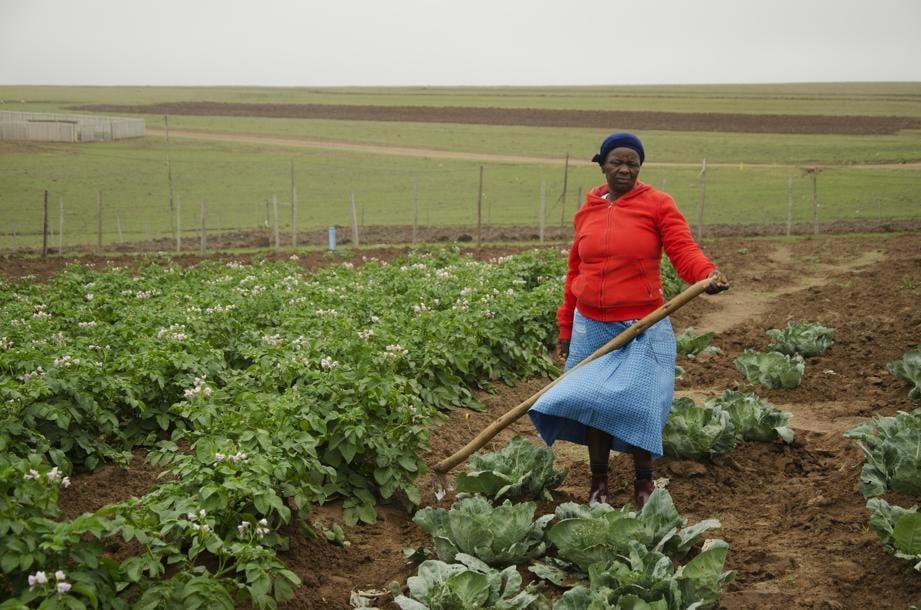 Women use gardening to fight malnutrition in their village

It is an initiative established by a group of women who met when they became members of a support group that aims to deal with issues of health, HIV and AIDS and other social related matters.

After meeting regularly they together saw a need to establish a food garden that has now turned to be a growing project that helps feed almost all those in need in the local community.

This project, which was funded by one of the mines, has been fenced and was supplied with water by local tanks. But they have dried up, and now the gardeners have to transport water in for their crops from a source about 2km away.

The Department of Agriculture has encouraged community members to establish food gardens to promote healthy eating and to reduce the burden on local people who have to buy produce from supermarkets.

But despite the challenges of water and funding, the Bomme Ke Nako team won several prizes at the local entrepreneur wards held in Kimberly. It is an annual event aimed at empowering women in entrepreneurial efforts.

According to Magdeline Lekgetho, the vegetable project is run by local women who work in the garden themselves. The Department of Agriculture has helped by offering them skills development programmes on how to sustain a vegetable garden project.

Every day after school, about 100 children from the community visit the centre at Bomme Ke Nako where the women help them with their homework and give them a meal prepared with fresh vegetables.

During her presentation at a recent AIDS Council meeting, Lekgetho shared the story of her love for gardening and what good it has achieved. She also encouraged young women to start their own cooperatives.

“Because of one garden we will never go hungry,” said Lekgetho.

Bomme Ke Nako also works in partnership with local clinics, who give vegetables to their most needy patients.

“We also refer some of our beneficiaries to the local clinics if necessary, and those on chronic medications are also supplied with vegetables,” explained Lekgetho.

Children who visited the centre during their school holidays said they were thankful for the job done by the gardening project because sometimes the meal they get from the centre is their only meal for the day.

“With the money we get as profit from what we sell to shops we are able to buy uniforms for the needy children, as well as learning materials,” Lekgetho said.