Lawyers acting on behalf of bereaved families of the former Life Esidimeni patients are disappointed with the list of witnesses introduced by the state on the first day of hearings into the deaths of the psychiatric patients.

The legal representatives of those who died when they were moved to various unregistered and under-resourced NGOs made their feelings known at the start of the alternative dispute resolution into the tragedy that saw over 100 mentally ill patients losing their lives.  The arbitration is expected to take up to three weeks and is being led by retired Deputy Chief Justice Dikgang Moseneke at the Emoyeni Conference Centre in Parktown.

Council for the state, Tebogo Hutamo, announced that the government would call on its witness list Health Ombudsman Professor Malekgapu Makgoba, Director General in the Premier’s office Phindile Baleni, Health Minister Aaron Motsoaledi, Premier David Makhura as well as Gauteng Health MEC Gwen Ramokgopa. The state also suggested that the questions to its witnesses should not be ‘combative or adversarial’.

There were murmurs from the relatives of the deceased when council acting on behalf of the families, Adila Hassim from Section27, remarked that there was no one on the state’s list that was present at the time of the Life Esidimeni tragedy.

“At the very least we would have expected that the former MEC for Health Ms (Qedani) Mahlangu would be present throughout the proceeding in order to hear the testimony of the families and then respond.”

Hassim said they were concerned about who would address an apology to the families of the victims.

“In the case of the families we represent we would be seeking a subpoena in relation to the former MEC for Health in the event that she does not respond positively to an invitation to appear.”

Justice Moseneke agreed that parties were welcome to seek to subpoena important witnesses that have not been offered voluntarily on the list by the state.

Earlier this year former Health MEC Mahlangu resigned ahead of the Health Ombudsman Prof Malegapuru Makgoba’s report on the deaths of the psychiatric patients who were moved to unregistered facilities around Gauteng. The findings released in February implicated Mahlangu along with her department head Dr Tiego Selebano and director of mental health Dr Makgabo Manamela.  Selebano and Manamela were suspended following the report.

Advocate Dirk Groenewald who is acting on behalf of three families says the purpose of the arbitration is to help the families find some closure.

Groenewald said there was no one from the NGOs to come and explain why and how their patients died.

“They (the families) can only get closure if they hear evidence from people who were with their loved ones during the last stages of their lives. And it seems like government is not going to call them. Nobody knows exactly who the responsible people were at some of those NGOs and state departments. So that is a hurdle, and we trust that we will overcome that hurdle. The purpose of this arbitration is so that the families can get closure, and that can only happen if they know what happened to the deceased.” 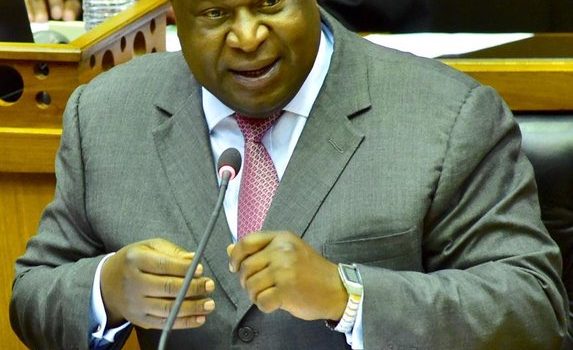 The pandemic of obesity in South Africa is a result of our ‘Americanised’ food environment
and the responsibility should be shifted from individuals to government policies, according
to experts.

Monica Deysel (24) of Secunda was a heavy drinker when she fell pregnant at age 18. Both she and her boyfriend continued drinking and smoking throughout her pregnancy, and as a result she gave birth to a baby girl with Foetal Alcohol Syndrome (FAS).