Home » Citizens take to the streets on World Diabetes Day 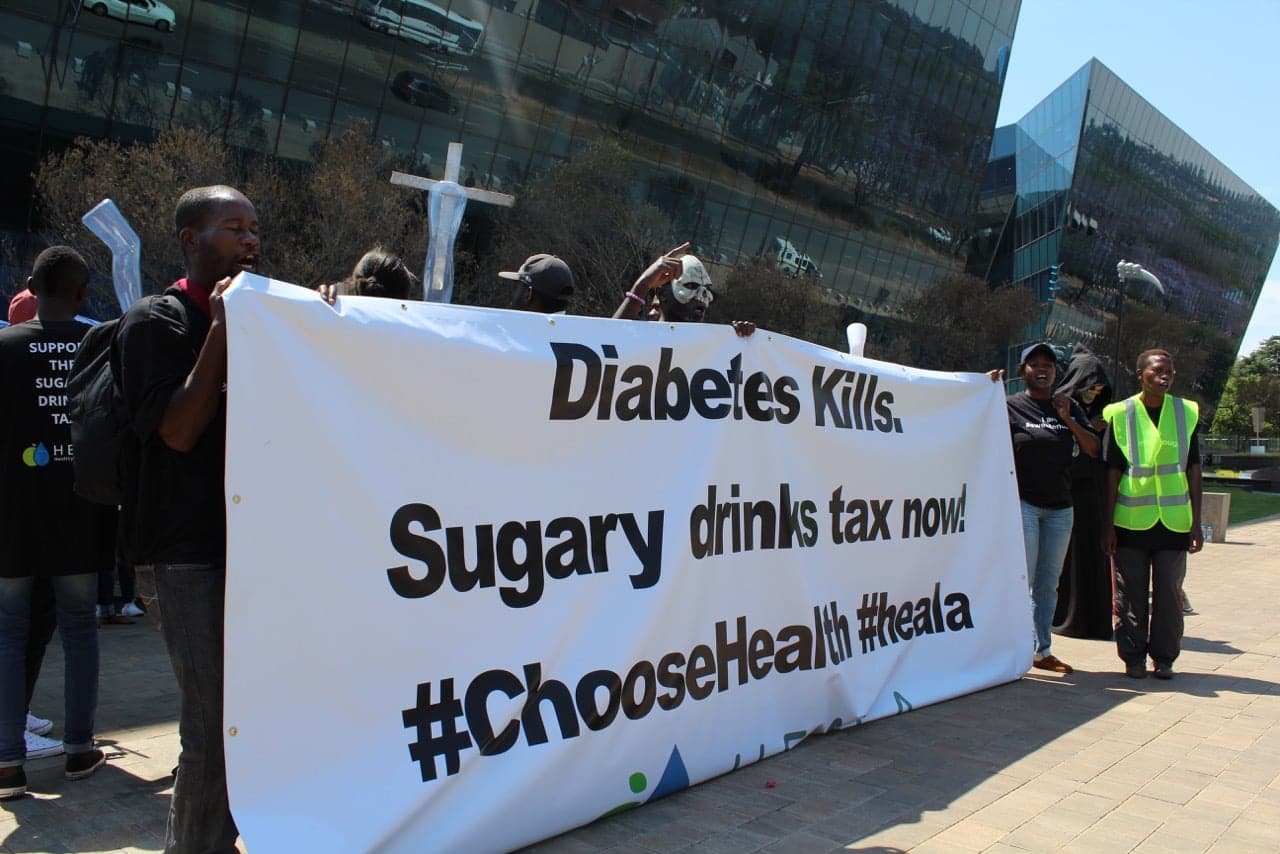 The Healthy Living Alliance (Heala) took to the Rosebank streets on Tuesday, using World Diabetes Day as a significant time to protest against sugary drinks outside Coca-Cola’s new local headquarters.

According to Heala’s co-ordinator Tracey Malawana, 10 000 new cases of type-two diabetes are diagnosed in the public sector alone each month. 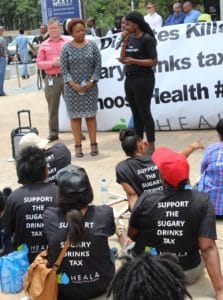 Protesters from Heala, the Treatment Action Campaign, Activate, Amandla.mobi and the National Council Against Smoking wore t-shirts supporting the proposed tax on sugary beverages which has recently been passed by Parliament’s Standing Committee on Finance.

“I’m supporting the protest today because my cousin is sick with diabetes and the sugar in cold-drink is the thing that is making us sick,” 50-year-old Victoria Molefe told Health-e News.

Wearing a grim reaper costume signifying the burden of death caused by diabetes, Heala project manager Fathima Simjee said that sugary drinks are “poison” and “with diabetes on the rise people need to realise how dangerous these drinks are”.

Carrying prosthetic legs, to symbolise the amputations many people living with diabetes face if their disease isn’t brought under control, marchers called on a representative of the company to address their concerns.

When Maserame Mouyeme head of Public Affairs, Communication and Sustainability for Coca-Cola came down to address the protestors Malawana said “we are only asking you for two things”.

Committing to the fight against obesity and diabetes

Firstly, she said, Coca-Cola, as the biggest soda company in the country, should lower the sugar content in its products and provide healthier alternatives to consumers.

Secondly, she appealed to the company to work with government, and not against, regarding the implementation of policies to address South Africa’s increasing obesity and diabetes crises.

While Mouyeme said that “we want to fight obesity”, “we do not endorse the tax as the only solution”.

She said the country needed other interventions including education programmes to understand the causes of obesity. “We want to work with you in the process of finding a solution,” she said.

The tax, now watered down from 20 to 10 percent, will be voted on by the National Assembly and is expected to come into effect next year. – Health-e News.

Said Malawana: “From research we know that diabetes is directly linked to poor diet and the consumption of sugary drinks. We’re going to be louder than the silent killer: diabetes.” – Health-e News.