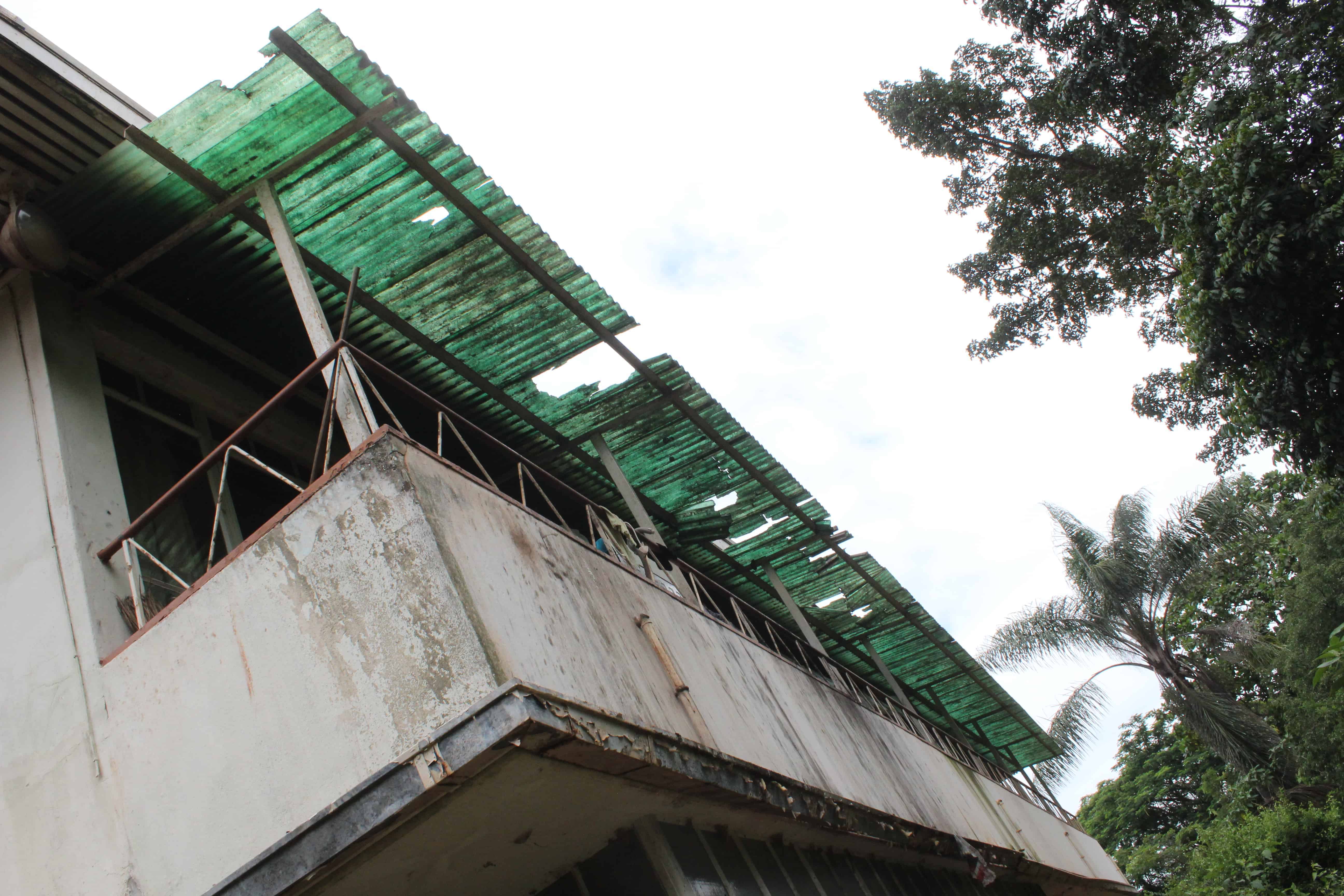 The national Department of Public Works wants to evict the Thohoyandou Victim Empowerment Project (TVEP) from its rundown offices, despite the fact that it is the only organisation in Vhembe that provides services to people who have been raped and abused. 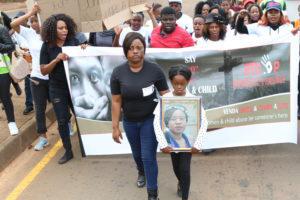 Eight-year-old Thendo Rasilavhi carried her dead mother’s portrait during a march in Venda to complain about recent domestic violence attacks in the area and to call for new efforts to deal with the situation.

On 15 November, the Minister of Public Works succeeded in getting an eviction order from the High Court in Thohoyandou against the Thohoyandou Victim Empowerment Project (TVEP) because the organisation has not been paying rent. Once a sheriff serves the TVEP with an eviction notice, they will have 14 days to move.

This is despite the fact that the TVEP has been negotiating with public works officials for many years over its occupation of a dilapidated building in Sibasa that was once occupied by apartheid South Africa’s “ambassador” to Venda.

“We cannot relocate our entire operation in that period of time, and anyway we have no money to do so, and nowhere to go,” says Fiona Nicolson, the TVEP’s project director. “Our offices are the central hub of the organisation, from where we run 14 projects, including two trauma centres and two shelters.

Thrown out on the street

“Since occupying the premises in May 2002, we have assisted over 24 000 victims of rape or domestic violence but now are being thrown out on the street – in the middle of the 16 Days of Activism for No Violence against Women and Children.”

This year alone, the TVEP has helped over 500 rape survivors, the majority (56%) children under the age of 17, and over 1 600 victims of domestic violence.

The TVEP, which employs 65 people, will soon be closing for Christmas, and staff fear that they will return to find their offices barred and property attached if the eviction order is issued in the holidays.

Nicolson concedes that, “in terms of the law, our eviction is legal as it is many years since we last paid rent, but we believe for good reason”.

“For the first few years of our occupation, we had unrestricted funding from the Danish government, and therefore did pay rent,” Nicolson explains. “Subsequently, however, new funders were less obliging, pointing out that it is the constitutional obligation of our own government to either provide or fund the provision of essential services to victims of crime.

“Our government does neither. Instead, we have to beg for funds from foreign government agencies who quite rightfully questioned why, in addition to funding these services, they should also pay rent to our government so that we can deliver them.”

The TVEP stopped paying rent in 2009 but has been trying for many years to negotiate to either buy the building they are in – which hasn’t been maintained by public work for 20 years – or to pay a nominal rent on a long lease.

“Just as we thought we had succeeded, a lawyer in the Department of Public Workers allegedly told our representatives that he would not negotiate as he had a personal dislike for me, and I ‘need to be punished, so they proceeded to court,” says Nicolson. “I don’t know the man. To my knowledge, I have never met him. It is hard to believe that a professional person could be so self-serving.”

The TVEP has huge local and provincial backing. Limpopo’s MEC for Social Development tried to intervene on TVEP’s behalf by writing to the MEC for Public Works but did not get a response. VhaVenda King Toni Ramabulana also intervened, and spoke personally to the MEC, and the court case was postponed for a while. The Thulamala Municipality has supported its letters to public works asking for a nominal rent or permission to buy the property.

The TVEP’s trauma centres are based at Tshizilidzi and Donald Fraser hospitals, and the CEOs and health workers rely on TVEP staff to help them to care for survivors of sexual assault.

The former ambassadorial residence that TVEP occupies is part of a larger complex that includes three other houses. Around 130 people have also occupied part of the land and are allegedly been paying local public works staff under the table to live in an informal settlement there.

Nicolson has letters sent to Public Works from 2002, proposing that the entire property be turned into a centre providing community health services – but to no avail.

Nicolson says the property was owned initially by the then Department of Foreing Affairs (now international relations), and took many years to be transferred to the Public Works.

“We were repeatedly assured that as soon as the property had been demarcated and evaluated, we would could make an offer to purchase the house, but they reneged.”

The TVEP has appealed to Deputy President Cyril Ramaphosa, and his office has written to the Public Works Minister to seek clarity on the issue. – Health-e News.

* This article was produced through a journalist fellowship for the Heinrich Boell Foundation  and the National Shelter Movement of South Africa’s “Enhancing the State’s Response to GBV: Paying the True Costs”, project which is funded by the European Union.