Home » Hundreds of toilets for rural community in Limpopo 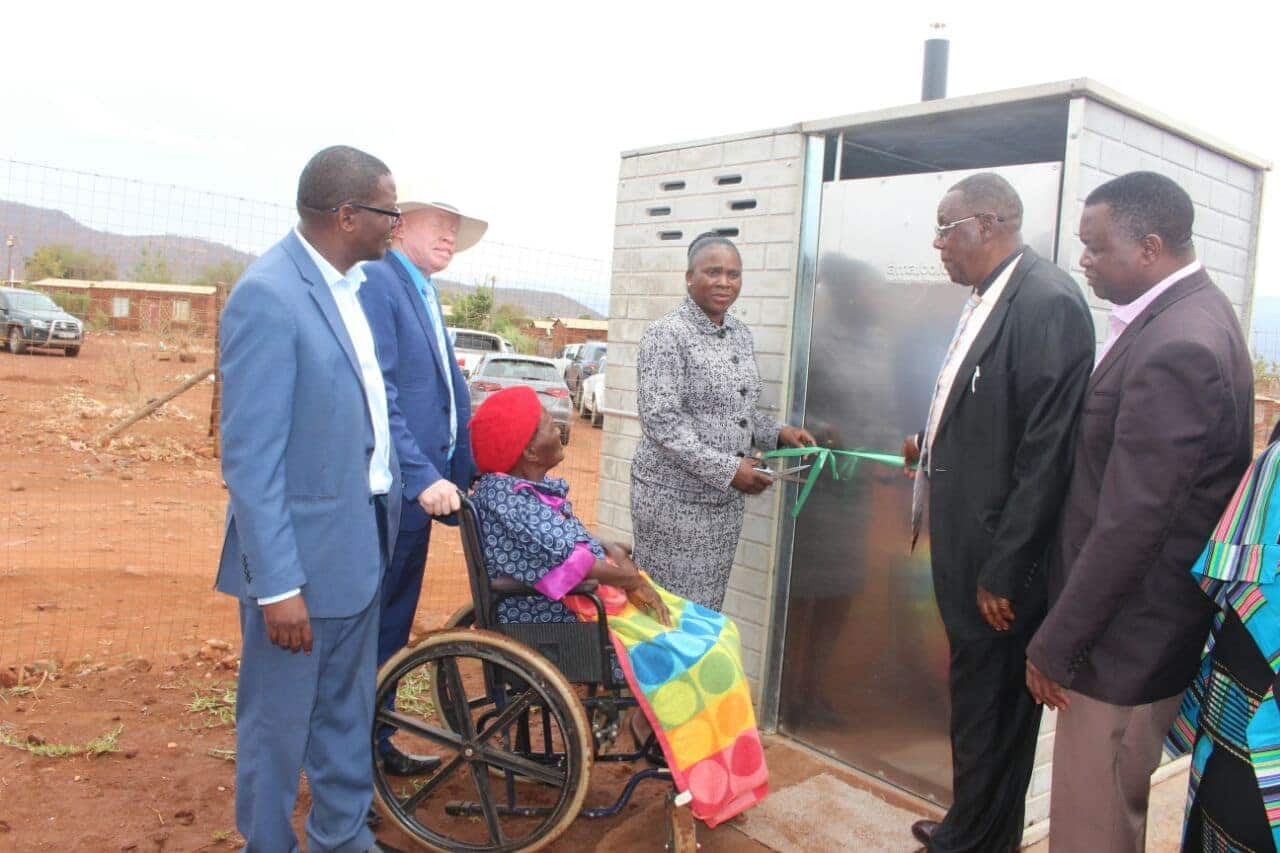 The provision of 400 toilets for the residents of Mavhunga village, outside Louis Trichard, has brought an end to years of struggle.

Hundreds of toilets for rural community in Limpopo

The villages have had to risk their lives and health, relieving themselves in the bushes surrounding their homes because they have had no access to basic sanitation.

Finally the Vhembe District Municipality has provided the new toilets.

“It was very difficult for me to take my mom to the bushes to relieve herself as she is disabled and needs a wheelchair to move around. You can imagine how we struggled on rainy days when the ground is slippery, making it even more difficult for the wheelchair,” said Louisa Bubuluma (42), one of the beneficiaries.

Bubuluma said the new sanitation facilities could be used by disabled people who are wheelchair bound, which makes her happy as now her 68-year-old mom will be able to use the toilet without any difficulties.

“The situation we were in sometimes meant we were forced to use buckets as toilets. I know that it is not healthy at all, but we had no other choice when a nature called. This is the first toilet which we proudly own as a family. For some of us it was just too expensive to build a toilet, although some have said we were just too lazy,” she said.

“This toilet has restored my dignity as a human being, as I have never owned one my entire life. We no longer risk contracting diseases as the toilet has got everything inside. There is water, and we can wash our hands when we have finished. The way it is beautiful inside, one can even sleep in there. We should appreciate the government for what they have done for us,” said Naledzani Rambau, another beneficiary.

Many people within the Vhembe district still struggle without proper sanitation.

When handing over the toilets to the community, the Vhembe District Executive Mayor Florence Radzilani said: “We are very happy and pleased to be able to deliver proper sanitation services to our people, and it’s a motivation to move forward. Our communities are in a better position than they were before we took over the office.”

According to Radzilani, over R4-million was spent on building sanitation for Mavhunga residents.