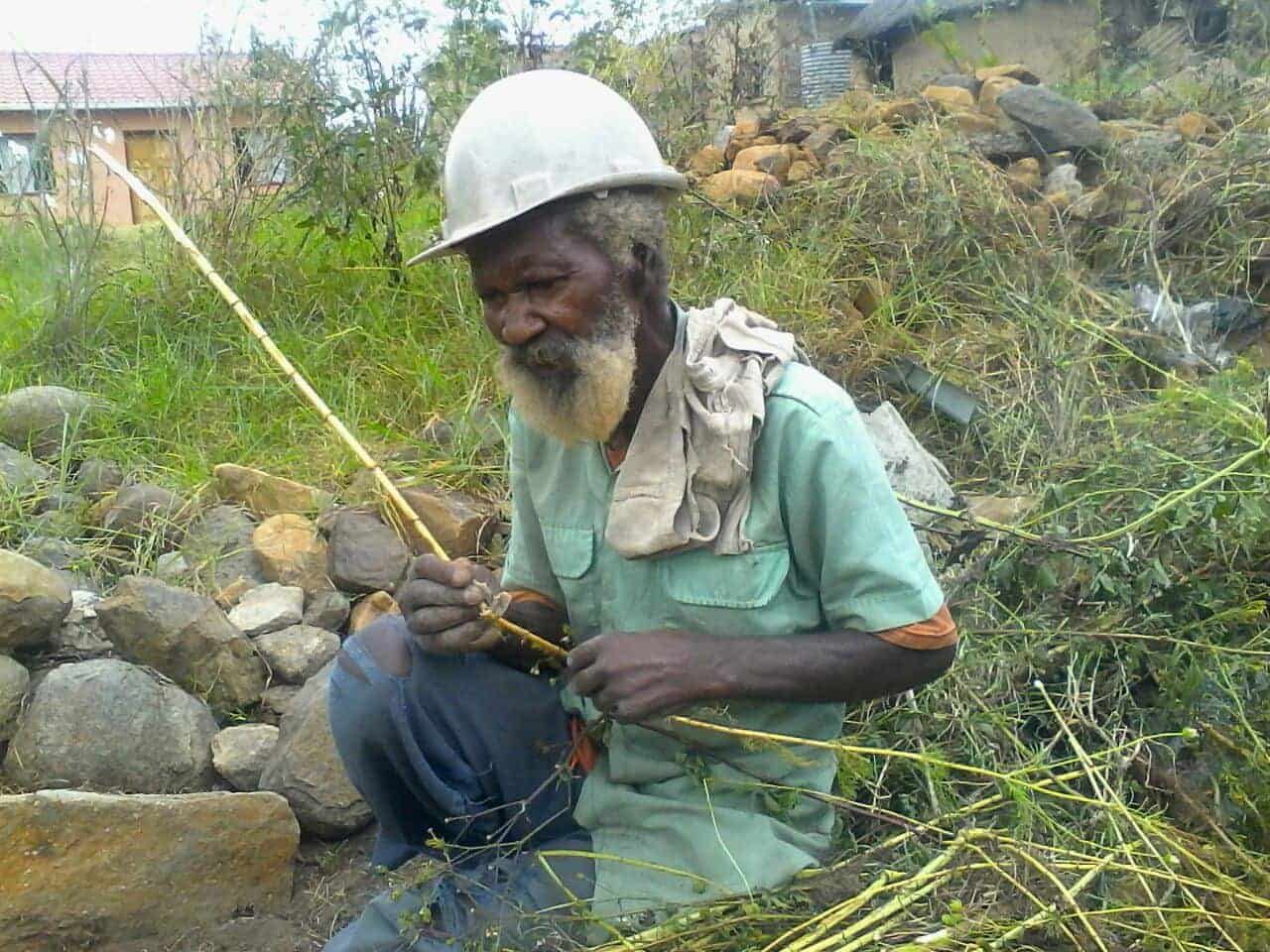 Instead of enjoying her old age in comfort, Shongani Mkhize (81) spends her days badly stressed about when her family will next be able to eat again.

Gogo Shongani Mkhize, who lives in a Nquthu village in northern Kwa ZuluNatal, has six dependants, and her old age pension is not enough to feed the family for an entire month.

But her story is not unusual – many other South Africans are in the same predicament.

The Mkhize household falls within 14 million odd South Africans who do not have access to adequate food. According to Statistics South Africa figures released last year, the economic downturn has impacted South Africans badly, with many people being pulled into poverty.

Despite the declining financial health of many households and increasing food prices, the Mkhize’s neighbours often came to their aid by giving them food.

Gogo Mkhize shares her home with five grandchildren and her older son, who is an unemployed alcoholic. Mkhize does not know where the mother of three of grandchildren is but said she is able to access child grants for them. But no matter how she tries to stretch her budget, the monthly income is never enough.

“We use some of their grant money to pay for school transport as the school is too far – especially for the one that started grade one this year,” she said.

“I have been to the social workers to ask for help with food, and for help with getting the birth certificate of one my grand-children. I was given a letter from school which describes our living conditions here at home after we were visited by one of the teachers from Ntanyandlovu Primary School. I have a small garden where I grow vegetables, but it is not enough. My pension money does not last, or cover the cost of everything we need,” said Gogo Mkhize.

The Ngobese’s have been a child-headed since the death of their father Bhekizenzo Ngobese (45) early last year. Celiwe Ngobese (now 19) was forced to grow up fast and become a mother to her three younger siblings. She is battling to cope and they too often go to bed at night without food.

Despite the declining financial health of many households and increasing food prices, the Mkhize’s neighbours often came to their aid by giving them food.

Both families live in rural northern KwaZulu Natal. Celiwe said her mother is alive, but they do not know where she is as she remarried and left them in the care of their father. In April this year, it will be four years since they last saw her.

Vusi Ngobese (11) has to help Celiwe to look after the younger siblings Sandile Ngobese (7) and Nomfundo Ngobese (5).

“After school, I have to make a plan of what we will have for supper and sometimes we go to bed without food. My older sister left school when she got pregnant and her baby died two months after birth. At that time she was living with her boyfriend’s family and I had to look after my younger sisters. We don’t sleep here at our home since the windows are broken it is not safe,” said Vusi, explaining that they all now sleep at their neighbours’ house. – Health-e News.

An edited version of this story was also published by IOL