Hopes for closure ahead of Komape verdict

LIMPOPO – On Monday the family of Michael Komape – the five-year-old boy who drowned in faeces after falling into a pit toilet four years ago – will find out whether their request for damages has been granted, giving them final closure.

Judge Cornelius Muller is expected to hand down his verdict at Polokwane High Court in the court case over Michael’s tragic death on Monday morning.

Michael Komape was five years old and had just started school when he died. He fell and drowned inside a pit toilet during break time at Mahlodumela Primary School in Chebeng village, outside Polokwane, on January 20, 2014.

His body was discovered by his mother who spotted his little hand reaching out of the sewerage at the bottom of the pit. She fainted.

Michael’s parents James and Rosina Komape, with assistance from public interest law centre SECTION27, are suing the state for R3-million – R2-million of which is for Constitutional damages.

Despite having gone for counselling, the Komape family is yet to find closure. Michael’s older sister Lydia Komape said that the family is still struggling to cope and are desperately hoping for the verdict to go their way.

However, the community of Chebeng village, who helped the Komape family with the funeral arrangements and costs, have since turned their backs on the family after learning about the large financial amount the family is suing for. They have accused the Komapes of wanting to use Michael’s death to enrich themselves. During the trial the state accepted liability but disputes the amount being sought.

The Komape family is claiming R250 000 each for Michael’s parents, R100 000 each for older siblings Lucas and Lydia Komape and R80 000 each for three minor children for the shock and trauma they suffered when Michael died suddenly.

The state is offering R180 000 each to Michael’s parents and lower amounts for the children.

“We will only be relieved as a family if we get justice. We have been waiting for years. Life has been difficult for us and the worst part now is that even people who have been supporting us when we started with the trial have deserted us. Most of the community members have been accusing us of wanting to enrich ourselves by suing the state. But what they do not understand is that no amount of money can ever be enough to replace Michael,” said Lydia Komape.

“We are scared and excited at the same time as the day we have been waiting for has finally been set. We have faith that the judgement will bring us closure and maybe we will finally be able to move on with our lives. This case is not only about Michael. It’s about all learners at rural schools who still have to use dangerous pit toilets while the government stays quiet. The victory will be for all, and maybe the government will start to prioritise school sanitation,” she said.

James Komape, Michaels father, has since started a library project to help under-resourced schools in honour of his late son. He has already set up a fully stocked library at Ntsonae Primary School in Chebeng, and new libraries at four other schools. His ultimate dream is to build a community library and name it after Michael.

“My parents are not coping at all. They cannot wait for Monday to hear what the judge’s decision will be. My father keeps himself busy by helping children at the library. But he is still pained by the whole ordeal,” she said.

The judgement is expected to be given at 10am on Monday at the Polokwane High Court. 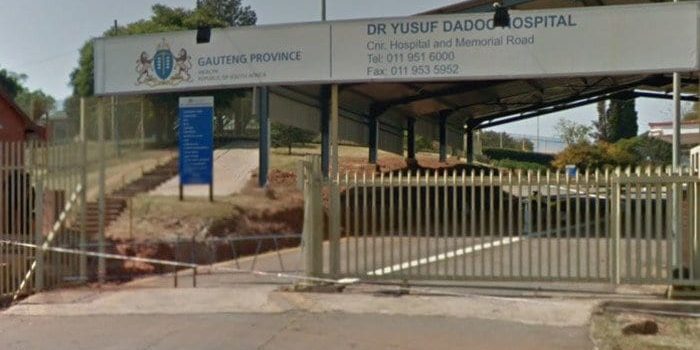 “As we were being discharged, the nurse told my partner and me that we must pay the R621 because we are not South African,” says a young mother.