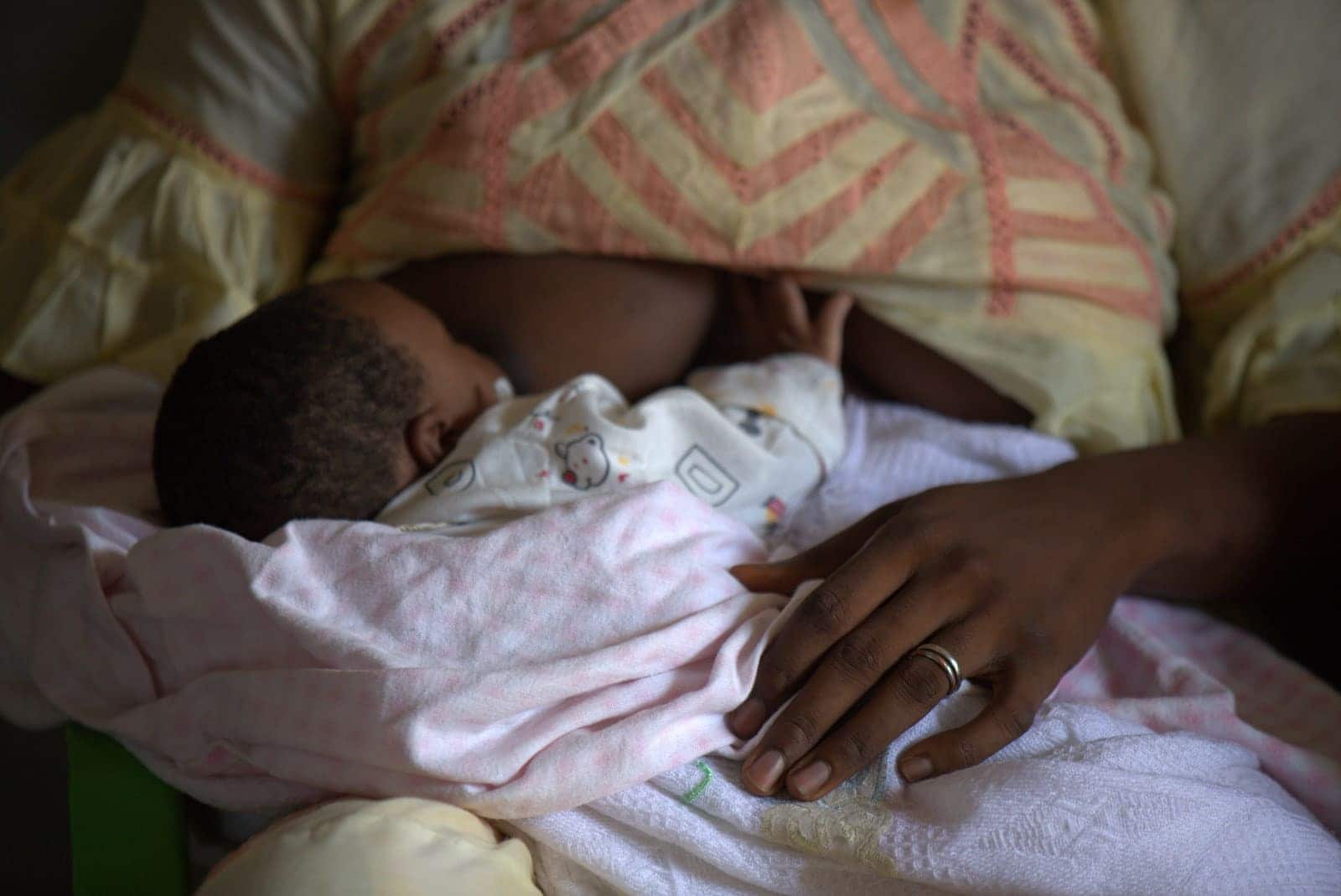 Covid-19 must not stop mothers from breastfeeding (Credit: UNICEF/ Flickr)

LIMPOPO – After living in denial of being HIV positive, a rural mother has finally come to accept her status through a process of questioning whether or not to breastfeed her new baby.

Mother of five children, Johana Mahabeledzha (36) has been given a new lease on life after living in denial for years. The woman, who lives in Mangondi village, outside Thohoyandou says it is not easy to be HIV positive because the discrimination and stigma that goes along with living with the virus in rural communities.

Now, despite having accepted her HIV status, she now faces the challenge of raising her two-month old HIV-negative child as she cannot afford to purchase baby milk formula as she is currently unemployed and fears breastfeeding.

“It was while I was lying helpless in my hospital bed that I realised that I cannot allow HIV to be the end of me and leave my children without a mother. When I was tested and told that I am HIV positive four years ago, I insulted the nurses and told them that it cannot be true. I lived in denial until I became too sick to do anything,” she said.

“I have now come to accept that there is nothing I can do to change the fact that I am now HIV positive,” said Mahabeledzha.

Now when she goes to collect her treatment at Magwedzha Clinic in Dumasi village, outside Thohoyandou, Mahabeledzha usually gives talks, encouraging people to get tested and know their status.

“People here will judge and discriminate against you for living with HIV. Like as if you choose to have the virus. I suffered in denial because of my fear of being discriminated against by the community. People around here still lack knowledge and information and believe that HIV is a death sentence. That is not true. I also used to think that HIV is a death sentence, but through several counsellings, I now think of HIV like any other illness,” she said.

When Mahabeledzha gave birth to her youngest child two months ago, she was advised not to breastfeed but to use baby formula milk, which she cannot afford because she is not working.

In 2016 the Limpopo Department of Health launched the province’s first breast milk bank at Mankweng Hospital, with the aim of helping mothers who cannot breastfeed their babies due to various reasons.

The World Health Organization (WHO) recommends exclusive breastfeeding for mothers living with HIV in resource-poor settings provided that they have access to ARTs.