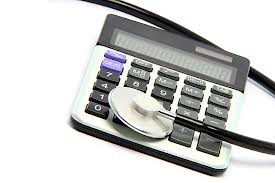 On Thursday Health Minister Dr Aaron Motsoaledi released to the public the Medical Schemes Amendment Bill which seeks to abolish co-payments, waiting periods, late-joiner penalties and the use of brokers in the industry.

He told the press in Pretoria that these amendments were needed to protect consumers from skyrocketing private healthcare costs and to align the medical schemes environment with the national health insurance (NHI) which “will be done in a phased approach” over the next eight years.

“It is undesirable for medical scheme beneficiaries to wait for long term changes that are definitely coming…. Hence the amendments we are introducing today will bring much needed relief to patients finding themselves in serious financial hardships.”

He said the first way to help beneficiaries was to abolish co-payments – the difference between the service provider’s fee and the medical aid payment for the service, which becomes the patient’s cost.

“The records we have for the last financial year [show that] people pay co-payments out of pocket to the tune of …. R29 billion rand, if I’m not mistaken. This scares us,” he said.

While medical schemes are required by law to keep 25 percent of their earnings in reserve in case of emergencies, he said that schemes had around R60 billion (or 33 percent) in reserve.

According to Motosaledi this “is an unnecessary accumulation at the expense of patients” and he suggested this money be used to address the co-payment burden on beneficiaries.

Additionally, he announced that waiting periods and late-joiner penalties for beneficiaries were unfair policies and should be done away with because “we believe penalising people is unnecessary”.

Brokers would be “abolished” because, he said, they served no real purpose and were expensive: last year R2.2 billion was paid to brokers by medical scheme members.

“Almost two thirds of principal members pay a monthly sum to the broker as part of their premium. Many don’t even know they are paying this every month. [This money] will better serve needs of members of medical aids,” he said.

“Currently, a medical scheme administrator allocates you to a broker and you have to pay the fee. The amendment says members have to agree to this arrangement and the fee,” he said.

Motsoaledi said that he expects some people to “scream that this is callous and outrageous and calculated to destroy the private health sector and leave beneficiaries with nothing”.

“But we are not being callous, we are being realistic. The population of medical scheme beneficiaries needs immediate relief from the serious challenges experienced in the current medical aid regime.”

He said that the amendments are open to be debated by the public.

Along with this Medical Schemes Amendment Bill, Motsoaledi released the NHI Bill and the public has three months to submit comment on both.

Said Motsoaledi: “This is what we are proposing, what are you saying as South Africans?”