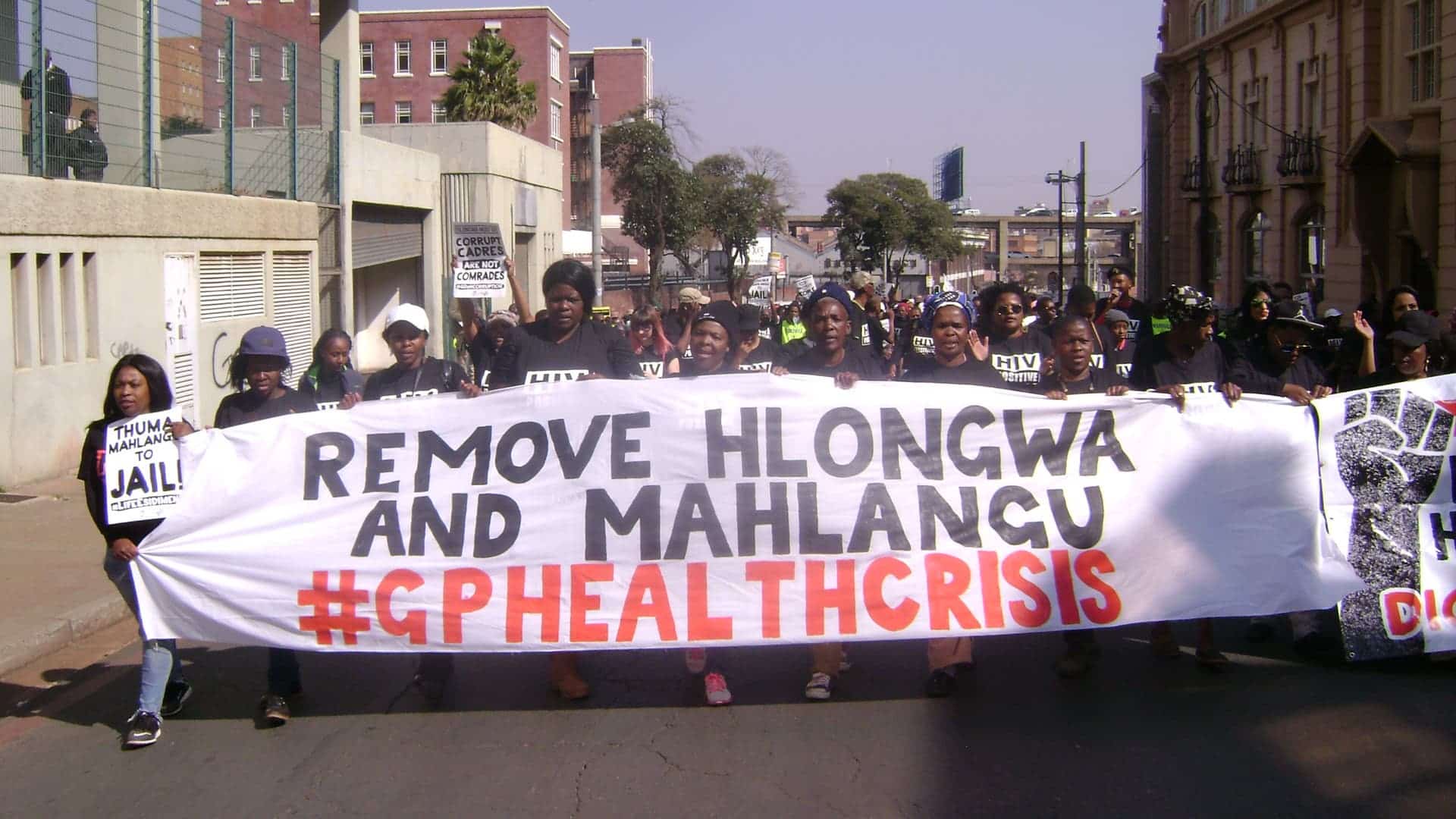 Civil society organisations – enraged by the recent nominations of disgraced politicians Brian Hlongwa and Qedani Mahlangu to the provincial executive committee – have threatened to lead a revolt against the ruling ANC.

“We will not rest until we have an adequate response to all our concerns. If the Premier and MEC of Health do not take our demands seriously, we will be back here in numbers. We will protest in ways you have never seen before in this province. The gloves are off. It is time to deliver on your constitutional mandate, or face the consequences.”

This was the stern warning given by Fikile Mtshweni, Treatment Action Campaign chairperson in Gauteng when she delivered the organisation’s memorandum of grievances to the Gauteng government on Tuesday.

Together with civil society organisations Corruption Watch and Section 27 they marched to the Gauteng Legislature to demand that former MEC’s of health, Brian Hlongwa and Qedani Mahlangu be removed from their positions in the legislature. Both were recently appointed in the Provincial Executive Committee of the ANC despite direct implication in the collapse of the health system in the province.

Mahlangu presided over an ill-fated mental health reform that saw over 144 mentally ill patients in the province losing their lives. Hlongwa is implicated in the Special Investigation Unit report that found R1.2 billion of public funds went missing under his watch.

She says the failing health system affects the poor the most who are relying on the public health care for their well-being.

Together with civil society organisations Corruption Watch and Section 27 they marched to the Gauteng Legislature to demand that former MEC’s of health, Brian Hlongwa and Qedani Mahlangu be removed from their positions in the legislature.

“People wait long hours or days to access health services. Health care workers are overburdened and overstretched to breaking points. Hospitals are in shambles. Patients are found sleeping on corridor floors. Ambulances are scarce and unreliable. The dignity of poor people is trampled upon every day. All these happen as a result of corruption, gross negligence and dire lack of accountability of public officials.”

Accepting the memorandum on behalf of Premier David Makhura, Speaker of the Legislature, Ntombi Mekgwe – who also is the former Health MEC, said she is aware of the issues raised and assured marchers that the government will engage with them. She said through the health portfolio committee and public participation processes in the legislature she’ll ensure civil society demands about the health crisis in the province are met.