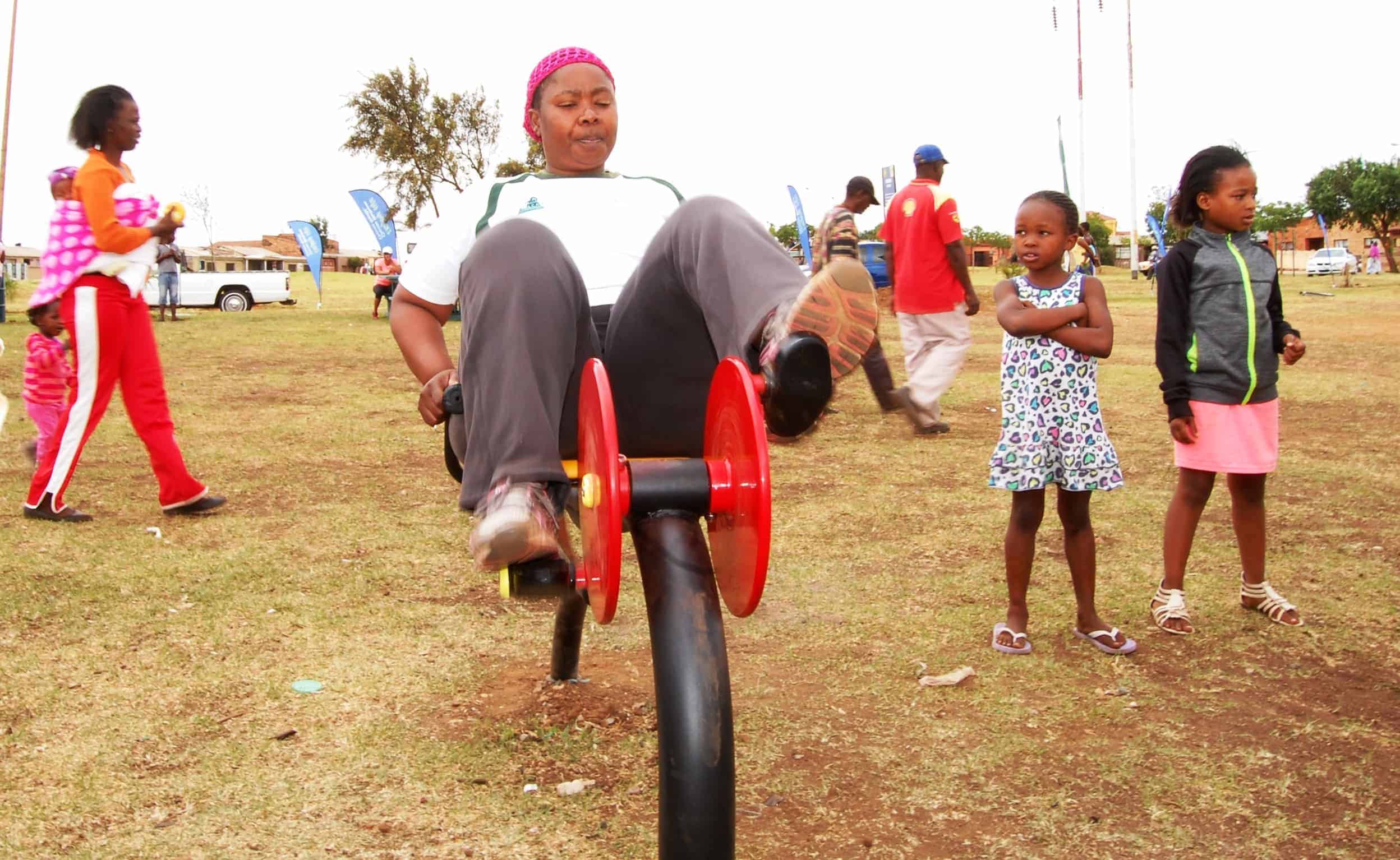 Amelia Mncube, 46, is a Phiri resident and says she is looking forward to working off some extra weight at the new park: “Some of us don’t have money for gym. I need to burn fat. This outdoor gym will be very helpful.”

A quarter of the world’s adults are doing too little exercise, putting them at risk of cardiovascular disease, type 2 diabetes, dementia, and some cancers – and there has been no improvement over the past 15 years.

Lack of exercise is threatening health

This is according to a global study conducted by the World Health Organisation (WHO) published in The Lancet Global Health journal this week, that looked at exercise rates in 2016 and compared them to 2001.

In four countries, more than half of adults did not get enough exercise in 2016 – Kuwait (67 percent), American Samoa and Saudi Arabia (both 53 percent), and Iraq (52 percent). Kuwait and Samoa have some of the highest obesity rates in the world.

In contrast, Mozambicans and Ugandans were the most likely to get enough exercise, with only six percent reporting less than the recommended exercise of at least 150 minutes of moderate exercise or 75 minutes of vigorous physical activity every week.

“In 2016, around one in three women (32 percent) and one in four men (23 percent) worldwide were not reaching the recommended levels of physical activity to stay healthy,” according to the study.

The study, based on self-reported activity levels from 358 population-based surveys in 168 countries covering 1.9 million participants, noted that there had been no improvement in exercise rates since 2001.

“Unlike other major global health risks, levels of insufficient physical activity are not falling worldwide, on average, and over a quarter of all adults are not reaching the recommended levels of physical activity for good health,” said the study’s lead author, the WHO’s Dr Regina Guthold.

Women were less active than men in all regions of the world, apart from east and southeast Asia.

China has made the most progress in promoting physical activity, but in high income Western countries, there has been an increase of 5 percent in people doing insufficient activity.

“Regions with increasing levels of insufficient physical activity are a major concern for public health and the prevention and control of noncommunicable diseases (NCDs),_” says Guthold.

Although a recent NCD policy survey showed that almost three quarters of countries report having a policy or action plan to tackle physical inactivity, few have been implemented to have national impact, according to the researchers.

The study’s release comes ahead of the Third United Nations High Level Meeting on NCDs and their risk factors, including physical inactivity, being held on 27 September 2018 in New York. – Health-e News.