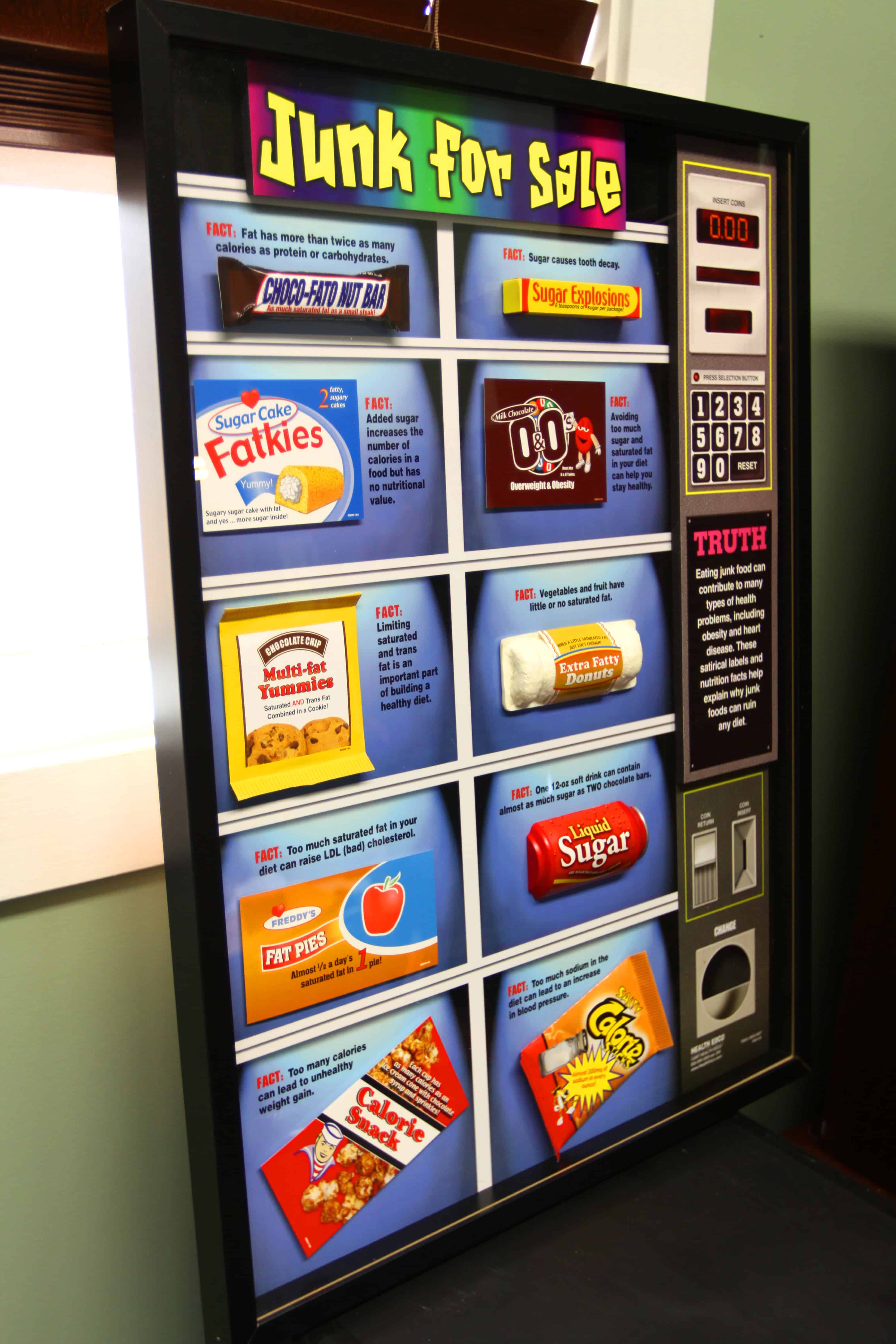 It's easy to buy junk food.

South Africans are getting fatter every year. Is it because we lack self-control or is it because big food companies are ruthlessly targeting this country? Kerry Cullinan, Amy Green and Pontsho Pilane report.

Obesity: is it you or ‘the system’?

Obese people get a raw deal in the world. Aside from facing a smorgasbord of sicknesses, obese adults are generally paid less and obese kids are more likely to be bullied, according to research.

Why? Because the non-obese public tends to think that obese people are greedy, lazy and lacking in self-control. In late Victorian England, obese women were even thought to be more likely to be promiscuous or “lunatics”.

South Africa is more forgiving of obesity – in fact some of the cultural attitudes towards obesity make it hard for the health department to address the issue, according to Lynn Moeng, Chief Director of Health Promotion, Nutrition and Oral Health.

“If you are married, being overweight is a sign that you are being looked after. A child who isn’t plumpy is said to be a bit light,” said Moeng last week at a Health-e media training event held on World Obesity Day.

But although being obese is more culturally acceptable in South Africa, a person’s weight is usually seen as something that is solely within their control. This means that the “lifestyle” diseases that come with it – hypertension, diabetes, strokes and heart attacks – are also of their own making.

But how much blame for obesity lies with individuals?

“There’s nothing ‘lifestyle’ about it. People are being manipulated by big food companies to eat their unhealthy food for profit,” says Professor Karen Hofman from Wits University’s School of Public Health.

“I hear people saying Burger King is coming to South Africa, it’s fantastic. Krispy Kreme is coming, wonderful,” said Hofman. “But in other parts of the world, these outlets are seen as the lowest of the low because people are more aware about how unhealthy their food is.”

Johannesburg-based endocrinologist Dr Sundeep Ruder says that ultra-processed food should not even be called food because it is so far removed from anything natural. This “junk” food is usually very high in sugar, salt and fat, cheap to make, often cheaper than healthy food – and it is being heavily marketed in South Africa.

“What happens in our bodies is affected by our relationship with the environment,” Ruder said. “You can talk about gluttony but what is failing us is education… One can of soft drink per day increases your risk of developing diabetes by 15 percent… The billboards [we see] do not say this,” he said.

Moeng also blamed big international food companies for driving obesity, which has ballooned in South Africa since the defeat of apartheid opened the country up to international trade.

“Everything that made Americans too fat they are exporting to us so we can be like them,” Moeng said, conceding that “our economic policies are affecting us”, placing big business and trade interests over health priorities.

In 2014, Coca Cola spent $3,5 billion on marketing globally, while McDonalds spent $2,6-billion and Kelloggs spent $1,3-billion, according to Dr Alison Feeley from UNICEF. In South Africa last year, Coca Cola spend R614-million on advertising, according to the marketing report, Nielsen. This made them the fifth biggest advertiser, ahead of Pick n Pay and Vodacom.

This advertising in paying off, with the consumption of sugary drinks predicted to rise between 3-4% a year until at least 2020, according to Euromonitor.

Junk food products are often relentlessly marketed to children, and this establishes unhealthy food preferences from an early age that are very difficult for people to change as adults.

“There is so much sugar in baby food,” said Hofman.“Children are repeatedly exposed to marketing that portrays unhealthy food as fun, cool, exciting and positive. This ties in with using popular toys and movies in promotional packaging and even to in-school marketing.

“A study we ran in Soweto found that 50 percent of schools had Coca-Cola signs in their grounds – and this was five years after they said ‘We are no longer marketing to children’.”

Hofman added that even the way that products were placed in supermarkets was “not random” as products high in sugar are often placed on shelves that are at eye-level for children.

South African children consume between 40-60g (10 to 12 teaspoons) of sugar every day, and this increases to 100g (over 20 teaspoons) a day in adolescents, according to Moeng.

We are already the most obese country in sub-Saharan Africa and have the highest prevalence of diabetes on the continent, according Ruder.

In 2003, 55 percent of South African women were overweight or obese. By 2016, this figure had jumped to 68 percent, and there are no signs of this trend abating.

Experts say that government needs to regulate the food environment, rather than leaving individuals to take the fall for making unhealthy choices. Some policy options that have worked elsewhere are restrictions on marketing of junk food and drinks to children and warning labels on ultra-processed food.

Meanwhile, research has found that stigmatising individuals for obesity only makes the situation worse. A 2014 study published in the journal, Obesity, found that obese people who were “fat shamed” gained up to two more kilograms than those who were not stigmatised for their weight.

A study published last Thursday found that South African media is the most stigmatising out of 15 countries surveyed in terms of how it portrays obesity. The country’s online newspapers scored the highest for the negative portrayals of people with obesity together with Italy, Hong Kong and Morocco.

Researchers from the international non-profit World Obesity Federation analysed close to 200 images used in articles about obesity from online newspapers in 15 countries across the globe.

More than half (63 percent) of images used showed overweight or obese people, while 42 percent showed isolated body parts which researchers consider to be negative imagery.

“The use of these images can reinforce stereotypes about personal responsibility and blame. The images also tended to present people with obesity as miserable, distressed or sad,” the 2018 World Obesity Federation annual report says.

Researchers recommend media organisations choose images that portray people with obesity in a more respectful manner — for instance, using a photo of a big person exercising or images that don’t isolate certain parts of their bodies — will help reduce weight stigma.

“Weight stigma in the media reinforces dislike and disrespect for people living with obesity and emphasises ‘personal responsibility’ for the disease,” the study states.

“[This] may not only absolve governments and commercial actors of responsibility for their role in creating obesogenic environments but may also lead individuals living with obesity to blame themselves and internalise the stigma about their condition.” – Health-e News.