Think that red-nosed jokers belong only in the circus? Are painted faces the stuff of your nightmares? Enter the medical clown – a new profession that is literally giving life to the old saying “laughter is the best form of medicine”.

Medical clowning or “clown therapy” is speeding up the recovery and overall healing of young and old patients all around the world, successfully turning children’s cries into giggles with research showing that it does in fact reduce stress and anxiety in child patients and their parents.

These clowns use jokes and play to provoke laughter and release endorphins or happy hormones in their patients, effectively reducing their need for painkillers. It’s a new idea that is just taking off in Johannesburg.

“You feel like a doctor. You help with the healing, and not just the patient. You help the people accompanying the patient too.”

You feel like a doctor. You help with the healing, and not just the patient. You help the people accompanying the patient too.

These are the words of medical clown Sizwe Vilakazi from Soweto, as he describes what he does.

Vilakazi, who is an actor and writer and has performed with Clowns Without Borders, is part of HeartBeat Clowns – a new organisation that uses medical clowning as a tool to help sick and disabled children feel better, to ease their pain and cheer them up.

Organisation founder Adi Shachar, whose clown name is Dr HeartBeat, said “The moment you see a child’s face light up and they smile and you feel the energy and joy they have, everything changes. It’s not just words on a business proposal anymore. You actually see the physical impact [medical clowning] has on somebody’s life.”

The moment you see a child’s face light up and they smile and you feel the energy and joy they have, everything changes. It’s not just words on a business proposal anymore.

Shachar recruits unemployed people with a passion for children to become skilled as medical clowns. They receive training in the art of medical clowning and are then able to earn a living with their new skills.

Her first recruits were trained in August last year by Dr Amnon Raviv from Israel, who is a university lecturer and has more than 20 years of experience in medical clowning.

While Heartbeat Clowns is a non-profit organization, they generate income in the form of sponsorships from corporate donors who either have an interest in funding the training of new up-and-coming clowns, or sponsor visits to hospitals, hospices, specialist homes or other facilities where children can benefit from medical clowning.

Medical clowns can best be described as performers who use improvisation, comedy, magic, puppetry and music to bring laughter and physical and mental wellbeing and hope to patients.

They sometimes use medical devices as props for humour, for example honking blood pressure cuffs, sliding syringes to make whistling sounds or using stethoscopes as telephones. The clowns are also schooled in infection control and hygiene.

But can it be accurately claimed that laughter and play has actual health benefits and, aside from possibly improving the mood of a sick child, is of therapeutic value in a clinical setting?

A research report on the benefits of medical clowning conducted by Room Circus Medical Clowning in February 2017 found that while there is plenty of anecdotal evidence from patients and families themselves, the claims are backed up by medical studies.

It was found that medical clowning actually reduces a child’s anxiety before surgery as well as their pain levels during invasive procedures such as drawing blood and allergy skin scrapes. It also aids in the healing of respiratory infections, improves the mood and wellbeing of severely disabled children and reduces resistance to being examined in sexually abused children.

The report also found that medical clowning improves the ability of autistic children to communicate and connect and it reduces stress in parents and nursing staff who work with sick children. It has even been found to have improved pregnancy rates in women undergoing in vitro fertilisation.

In tests conducted on 100 sick children, placing them in the presence of clowns was found to reduce their anxiety, the duration of periods of crying and lowered their overall pain scores.

“It can therefore be said that medical clowns are ‘not just entertainers’ or a ‘nice extra’,” the report concluded.

Vilakazi, who spends much of his time with children, believes wholeheartedly in the benefits of his profession as does his colleague Abueng Mkhoza – who has a background in street performance and modelling.

It can therefore be said that medical clowns are ‘not just entertainers’ or a ‘nice extra.

Shachar refers to Vilikazi and Mkhoza as HeartBeat’s supernova clowns because they are the most experienced in this field.

“I’ve always had a desire to perform and this was some way of me reaching out and touching others in the way I love the most and effecting people in the most beautiful way,” Shachar said.

The Nkanyezi Stimulation Centre for children with multiple disabilities is regularly visited by HeartBeat Clowns.

Cenre founder Prisca Tshabalala said “It fills my spiritual bucket when they come here – to see those smiles and hear those giggles.”

Her feelings are shared by the clowns themselves.

“I remember there was once this couple who brought their child in to Charlotte Maxeke Hospital. The child was sick and very tired, and I was just passing by, aiming to go to the other children. But when I saw this couple I just went to them and I did a trick. And they laughed and then when I left them they looked quite relieved and they were okay,” Vilakazi said.

Mkhoza commented “When what you do comes from your heart, children just connect with that…. What’s rewarding for me is that moment you see the kids and their people smiling and being happy and forgetting about their pains for a while. My real wish is for this (medical clowning) to grow, and to become known.”

Vilakazi agrees. “I would love to see medical clowning being recognized as a profession, you know. When doctors are in training there should be a section where they are taught about medical clowning as well. Especially doctors who will be working with children because humour itself has more impact and power that all the chemicals and materials that get used for healing,” he said.

As HeartBeat Clowns becomes increasingly well known, and young patients benefit more and more, medical clowning is on its way to becoming an established practice that is not to be laughed at.

As malaria season approaches the Limpopo Department of Health aims to disinfect a million houses in the province.

Studies find there are links between the rising levels of hunger and violence in South Africa.

Deinstitutionalisation. It sounds good: taking mentally ill people out of psychiatric institutions and putting them into community homes or back with their families. But the outcome is seldom positive, as Gauteng patients have discovered. 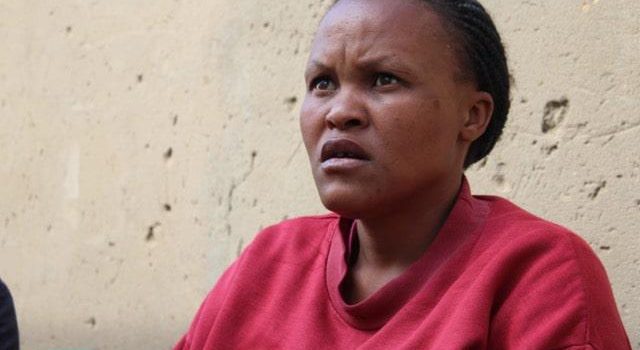