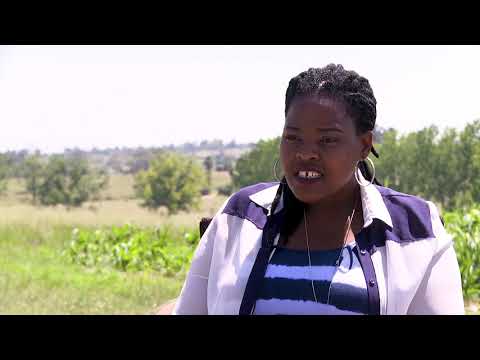 A few days before Christmas, while residents of a farm behind Cradlestone Mall were at work, the notorious Red Ants marched onto the land and tore down their homes.

“They were just breaking down the houses and destroying everything,” says community leader Jeanette Baleni. “It was terrible, I cried that day.”

The farm, in the west of Johannesburg, had been acquired by Absa’s development subsidiary Blue Age Properties 60 Ltd in 2014 and the bank had obtained an eviction order against the residents in 2015. Absa claimed the land had been illegally occupied, but because there was nowhere to move the people to, the eviction order was only acted on in December last year.

“They misled the court,” said human rights lawyer Tracey Lomax, acting for the residents who say they’re the descendants of farm workers on the property for generations.

“They were simply treated like squatters … as if they had moved in illegally the month before,” she said. Lomax explained that once an eviction order is granted, relocating people becomes the responsibility of the municipality – in this case, Mogale City.

Baleni said Absa held meetings with Mogale City about the relocation but had not consulted the residents. “In 2015 the municipality came to tell us we’re illegal occupants,” Baleni said, adding that they paid rent – some for as long as 10 years – through a scheme started by the previous property owner who had a security business.

“We were renting from Gideon Ntini, from Interactive Security – he brought many of us here. He showed me the place actually,” Clayton Kamurai said, who also denied being an illegal occupant. Interactive Security National Sales Manager Renier de Meyer dismissed the claims.

Absa has denied that the process of eviction was flawed.  “The court went through a process of determining who had what interest in that piece of land before deciding to issue the relocation order. At no point was any such claim made by anyone, that is, from the time Blue Age became the owner of the land and throughout the consultation process,” Absa’s head of Media Relations Phumza Macanda said.

[The municipality] promised us stands, water, electricity and other things.

When contacted for help before the eviction happened, Mogale City councillor Molefi Sebilo told the community they would be moved to another ‘better’ place as soon as possible. A year went by until last October when Selibo informed the residents they were being moved in three weeks. The community drafted a letter to the Department of Rural Development and Land Reform in Pretoria demanding to know why they had been given only a three-week deadline. A November meeting held between the municipality, the community and the department to establish how the relocation was to proceed.

“[The municipality] promised us stands, water, electricity and other things,” Baleni said. Health-e News has a recording of the meeting where a municipality representative called Tshepiso Ndlovu is heard  saying: “At your new place, we’re going to install tap water, we’re going to give you stands, build toilets with running water and streets.” But according to the community, these were just empty promises. The reality was a disaster.

On 3 December Baleni was told the community would be moved two days later. Instead, the following day while residents were at work, the Red Ants arrived and broke into people’s shacks to move their belongings to the new place.

“Furniture was broken, our things were stolen – even our money,” Baleni remembered. 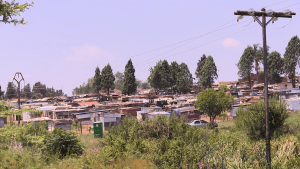 Blame Game: Absa and Mogale City Municipality are pointing fingers at each other for who was responsible for the relocation. (Photo: Health-e News TV Unit)

The community said toilets only arrived after three days, and were inadequate. They currently share one working chemical toilet amongst 100 people and they have one illegal water connection provided by pitying neighbours and no electricity.

Some residents weren’t given any shelter and had to scrounge for materials in the rain to build a structure for their families. When Health-e News interviewed Mogale City municipality about the promises they made, councillor Selibo said: “I don’t know who promised them that [tap water and toilets]. They [the community] are telling a lie.” However, he admitted that Absa was in a hurry and there should have been proper planning for the relocation.

But Macanda argued this wasn’t Absa’s responsibility, but that of Mogale City which had three years to sort things out. Lomax, who works for Access to Justice and represents the Absa Squatter Camp community, said the treatment of the residents had been unfair. “Poor people are treated as if they don’t have agency … as if you are their father and you will let them know as much as you think they should know,” she said.

Any municipality tasked with eviction is constitutionally obliged to house people properly, Lomax explained. “My clients had strong ties to the land and we’re considering a damages claim.”

And now the neighbours and everyone relying on the water flowing from the wetland adjacent to the newly established informal settlement have been affected by the move. 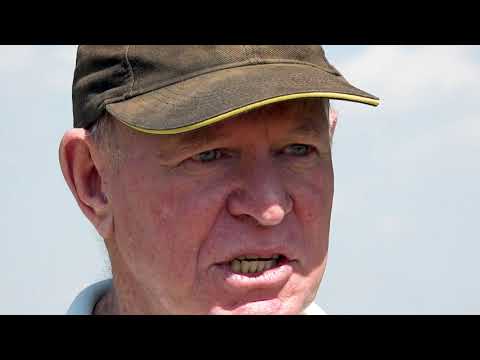 Mogale City Municipality has admitted that no environmental impact assessment was done, nor was the Department of Water and Sanitation notified. Residents argue the Absa Squatter Campsite is inappropriate because informal settlements on wetlands that don’t have proper sanitation could pose serious health and environmental hazards.

Human waste causes a high biological load that pollutes the water, water expert Anthony Turton said.  “Because the area is largely basement granite, the boreholes in the area are relatively shallow, about 30m deep,” he explained. “This puts the neighbour’s water at risk of contamination too.”

The wetland next to the Absa Squatter Camp supplies water to the Crocodile River which feeds into the Hartbeespoort Dam, a strategic water resource. Local farmers are worried about the Absa squatter camp being on the wetland because they fear ecoli contamination of the water they rely on for growing vegetables.

According to Lomax, the municipality only secured the property a couple of months before the relocation. She explains: “That is a problem because wetlands are scarce and heavily protected by environmental legislation. I am astonished they were allowed to do this where there is a wetland nearby.” 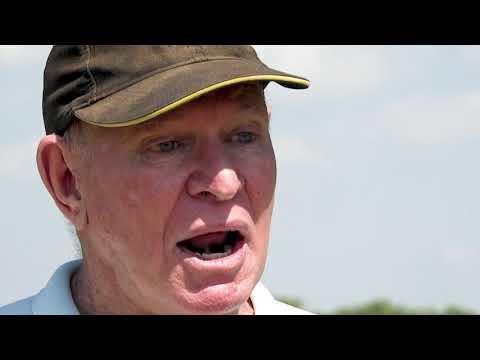 The municipality promised to put  in bulk infrastructure to deal with the poor sanitation. But a visit to the pump station about a kilometre away revealed that it hasn’t functioned properly for five years and overflows into the wetland, causing further pollution.

According Absa, the land was identified by Mogale City Municipality and Blue Age merely facilitated the acquisition and transfer of that land. The bank paid R3.6-million for the land and R3.1-million for the relocation – monies that will be recouped against bulk services at their Cradlestone property.

The community feels betrayed and has lost hope, said Baleni. “I don’t think [the] Human Rights Commission will agree with the conditions we are living under, I want to see justice.” – Health-e News.