After two decades of little or no maintenance of municipal sewerage plants, South Africans are vulnerable to water-borne diseases and something even more serious: thirst.

Villages, towns and even a capital city are experiencing severe water shortages, caused by a combination of years of bad management and drought.

Many Limpopo villages have no water at all. Kimberley has its water switched off every night. The army is trying to stop millions of litres of sewage from going into the Vaal River every day, and downstream at Parys, residents say their tap water is dirty and stinks like rotten eggs.

Decades of municipalities’ failure to maintain infrastructure has resulted in sewage leaking into water sources in many areas, overwhelming poorly maintained water purification plants that are often not buying enough chemicals to clean the water, according to water experts.

Government last released annual reports on the state of water and sanitation (the Blue Drop and Green Drop reports) to the public in 2013, but the backward trend in water quality was already evident then.

Most villages in Limpopo’s Vhembe District Municipality are without water, including Dididi, Gumbani and Makovha villages, which are on the banks of the multi-million-rand Nandoni Dam.

The going rate for a bucket of water is R3 – beyond the reach of many – and millions of people are vulnerable to water-borne diseases such as diarrhoea, cholera, dysentery and typhoid.

“For years now, we have been trying to address the issue with the municipality but nothing is being done,” said Mashudu Madeguma, a member of the water committee in Mabila Village. “We are forced to buy water from those who have boreholes at their homes and it is very expensive.”

Last year, the Vhembe municipality lost over R300-million in VBS Mutual Bank, and development in the area has stalled.

“I cannot even remember when was the last time I saw water coming out of the government tap. The only time we see water coming from the tap is when we go and buy water from those who have erected boreholes at their houses,” said Florence Chabalala, from Shithelani.

Vhembe municipal spokesperson Moses Shivambu said illegal water connections were partly to blame: “There is vandalism and illegal water connections on the bulk line water supply in areas such as Mudavula and Mbhalati which has resulted in the shortage of water in villages such as Mphambu, Shigamani, Dumela, Muswani, Nhombelani, Mulamula and Dakari under the Collins Chabane municipality.”

Shivambu added: “We are holding meetings with community leaders and other stakeholders to deal with this matter. In most villages water supply, will resume immediately after the illegal connections are removed but we need support of the communities to resolve this matter.”

But Benoit Le Roy, CEO of Water Shortage SA and an engineer with 20 years’ experience in the water sector, said “people only illegally connect to water if they can’t get water”.

“The cost of building the Nandoni Dam mushroomed from R450-million to R5,5-billion. By the time the looting had been stopped, R4-billion had disappeared and there is still no water,” said Le Roy.

Residents of Topanama Village outside Tzaneen also have to buy water as taps are dry and the boreholes that were installed to alleviate the shortage are broken.

“We sent delegates to Mopani District last year to come and solve water crisis but nothing has changed and nothing is happening,” according to community leader Stemere Letsoalo.

“Now we are buying water and it cost us dearly. Some of us are unemployed where will we get the money to buy water which was supposed to be available to us for free.”

But Mopani District spokesperson Witness Tiva claimed the municipality was about to intervene the situation: “We have done an audit of all dysfunctional boreholes in the area, as part of the implementation of the ground relief.”

Meanwhile, Gauteng’s Emfuleni municipality has been poisoning the Vaal River, South Africa’s second biggest river and source of half of province’s water, for more than a decade.

The SA Human Rights Commission has described the collapse of most of the 44 sewerage pump stations in Emfuleni Municipality as a “human rights violation”. An estimated 150 megalitres of raw sewage per day is going into the Vaal River.

[quote float = right]Residents downstream from Emfuleni in the Free State’s Ngwathe Local Municipality, which includes Parys, are experiencing intermittent water cuts and complain that, when there is water, it is brown and smells like rotten eggs.”

Although the SA National Defence Force (SANDF) was brought in to tackle the crisis last November, they say it will take a year – and the project is already running out of money.

However, Sputnik Ratau, spokesperson for the Department of Water and Sanitation (DWS), says: “The matter of funding is a continuous engagement with respective departments and especially National Treasury. As the matter is regarded by government in a very serious light, the DWS believes that all issues to assist the resolution of the challenge will be ironed out.”

Meanwhile, residents downstream from Emfuleni in the Free State’s Ngwathe Local Municipality, which includes Parys, are experiencing intermittent water cuts and complain that, when there is water, it is brown and smells like rotten eggs (see case study). They also get water from the Vaal River.

From early January, the Northern Cape’s capital city, Kimberley, has had nightly water shut-offs from 6pm to 4am. This was adjusted on 18 February to 8pm-4am.

“The Kimberley sewerage works has not been maintained for 20 years,” said Le Roy. “The pump station and bulk lines from the city don’t work properly so some of the sewage is going into the ground water and contaminating it. The health risk is extreme. Water is a slow killer, but it will kill.”

Last month (February), residents of Olifantshoek burnt barricades and looted trucks on the N14 highway after being without water for a month. The Sedibeng Water cut off the supply after the Gamagara Local Municipality failed to pay its bills.

Severe drought led to the Sarah Baartman District Municipality, including Makhanda (Grahamstown), being declared a disaster area on 25 February 2019. Lack of maintenance of the water supply infrastructure has exacerbated the situation as the Makhanda water treatment plant is not working, and schools in the area battling to function without flushing toilets and water.

Gift of the Givers and Engen have donated 100 water tanks and the Givers are helping the municipality to sink boreholes, but Le Roy warns that relying on water tanks means there is no control over the quality of water people are drinking.

Striking workers in Elliot in the Chris Hani district cut the water off to the town last week, while residents in Mfinci near Lusikisiki have been waiting for running water for the past 10 years.

“It’s been a long time that we never saw taps in Mfinci locality,” said Nomawethu Nkomonye. “We drink, cook and wash our belongings with dirty water that we fetch from the river far from where we live. I am a parent living with my three children. I’m jobless so I’m living a life of using dirty water. I don’t have money to buy water. ”

[quote float = right]The City of Mbombela, which is ANC, every time when is time to campaign for our vote they promise us clean water but still our taps are dry.”

Xolisa Tshaka, who lives in the same area, said when he could afford it, he bought water for drinking and cooking: “The water we use [from the river] is not healthy. Many families get diseases like diarrhea, cholera, and rash on the skin because of the water.”

In Mpumalanga, taps in the Dwaleni community in KaBokweni have been dry for years.

“Ever since my family and I started staying in this community, which is over five years, I have never seen water coming from the taps,” said Sibongile Masuku.“Instead of our local government coming to fix the problem, they blame the community for illegal water connections, which I don’t believe it’s true.”

She said even those who could afford to buy water were facing problems: “Buying water from private or local supplies has challenges because sometimes they deliver dirty water, which causes diarrhoea. And if we get sick from drinking it, no one is held accountable.”

Mbombela communication manager Joseph Ngala said the city was aware of water shortages “especially in the Eastern areas of the municipality including Clau-Clau and Dwaleni”.

“Our citizens are aware that water is being rationed in these areas due to the demand that exceeds supply,” said Ngala. “The city is currently implementing a bulk water supply project from Karino to KaBokweni areas in its pursuit of addressing the current water shortage. But the bulk line has been a subject of a lot of illegal connections in the communities through which it passes. A lot of water gets lost through leaks. So, illegal connections are one of the challenges we need to address.”

Resident Abraham Chirwa was not convinced: “As an elder who has been promised amazing service delivery by ANC and because of such promises, I have always voted and put my faith to the ANC government but now it pains me that ANC has continue failing us.

“No human being can survive without clean water and we have the right to access clean and safe water from our homes. We need clean water to drink, cook and for all the house chores but because some people like me who cannot always afford to buy water. The City of Mbombela, which is ANC, every time when is time to campaign for our vote they promise us clean water but still our taps are dry.”

Meanwhile, the only borehole supplying Skaapruiz, a small settlement outside Ermelo, is dry. Residents share the local stream with animals, and may get a water delivery once a month from the Msukaligwa Municipality.

“Since I was born, we have never had clean water in community,” says 29-year-old Zinhle Mnisi. “The ward counsellor and his committee members keep promising us change because they are interested on our votes. But things remain the same, that’s why some of us no longer bothered to vote. This community has become a playground for political parties because every time when it’s time to vote they come here with their empty promises.”

While the Department of Water and Sanitation has a regulatory function to ensure that municipalities are delivering clean water to residents, it has clearly been unable to perform this function.

Water Shortage SA is campaigning for an independent water regulator to be established along the lines of the National Energy Regulator of SA (NERSA) to control water tariffs and oversee water delivery.

The Department of Water and Sanitation’s Sputnik Ratau says the idea of an independent regulator is on the department’s radar: “Minister Gugile Nkwinti did refer to the establishment of an independent regulator during his maiden DWS Budget Vote in May 2018. This ideal is therefore not lost to the DWS and Ministry and internal processes will result in the requisite work being done towards its realisation.”

In response to criticism that the department was operating on outdated policies, Ratau said the DWS had updated its National Water Resources Strategy, and this update was widely available and had developed the National Water and Sanitation Master Plan, which had been canvassed widely.

Mpumalanga – Dumisani Calvin Mabasa, 28, moved 175km from the town of Siyabuswa to Johannesburg to live in a society where his sexuality was accepted. 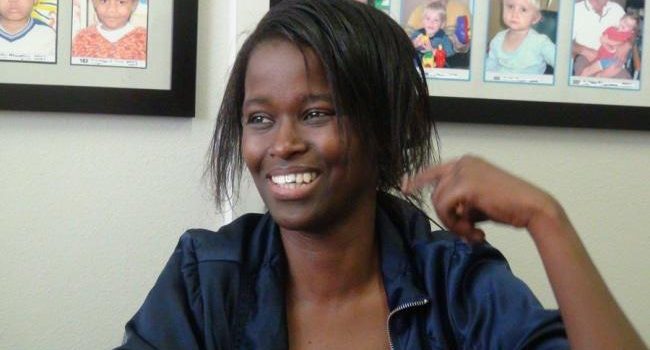