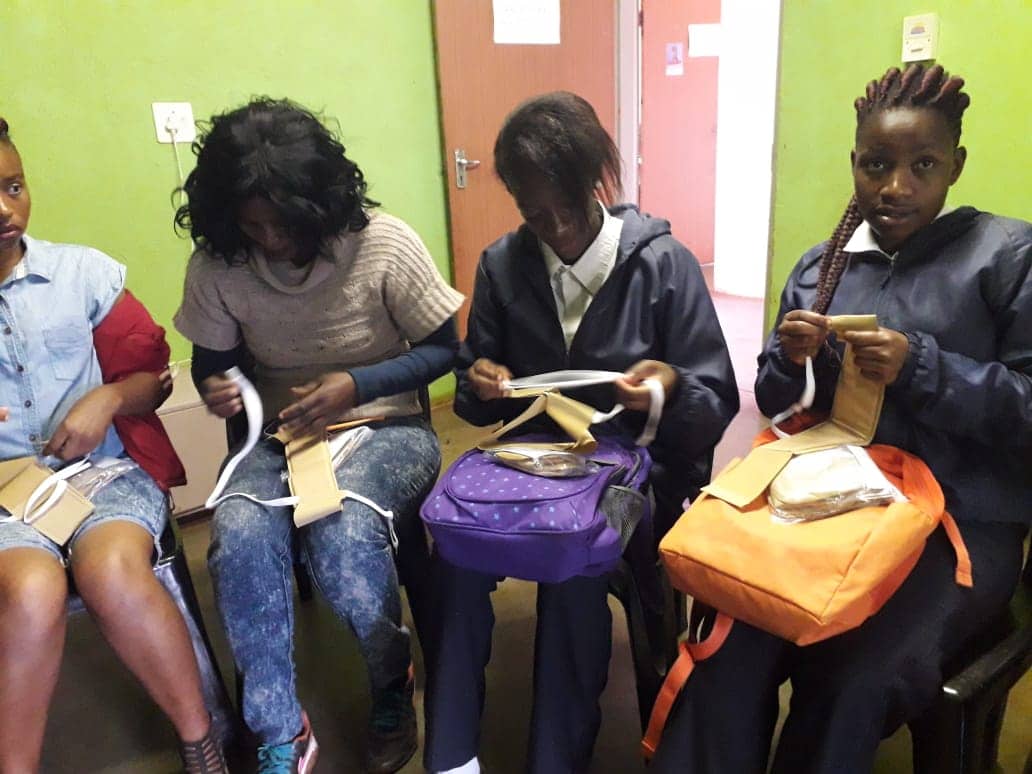 Despite sanitary pads being exempt from value-added tax, they remain unaffordable. This reusable and washable sanitary towel aims to change that.

A single packet of sanitary pads is still too expensive for menstruating people in rural areas, which forces many to use counterfeit products, or other materials such as leaves and rags, which is a health risk.

To prevent that, Vhutshilo Mountain School, a non-profit organisation in Tshikombani outside Louis Trichardt, has designed and developed washable, reusable and antibacterial sanitary towels. The towels were recently put to test by girls in Tshikombani.

“I feel this is one of the best products I have ever used [because it is] easy to [put on], and it’s very comfortable,” Tshifhiwa Nemakanga told Health-e.

The sanitary towels sold in local stores, Nemakanga says, are poor quality and they don’t know what damage the pads are doing to their bodies.

“This [the reusable sanitary towel] should be made available to all women in rural areas.”

According to a 2014 study published in the British Journal of Medicine & Medical Research journal, an average woman uses up to 17 000 disposable sanitary pads or tampons. Most of these used pads, the study further states, are most likely to end up in landfills.

“And those who do, are only able to buy counterfeit products from spaza shops, which are not good for their health,” Nemafhohoni says.

“We believe that this initiative will go a long way in restoring dignity to most women [in rural areas],” Nemafhohoni says. “[But] in some villages, some girls are still missing school during their periods because they don’t have money to purchase sanitary towels, which negatively affects their confidence.”

Nemafhohoni continues: “Hygiene is very important for women during menstruation, and it’s also important that they use quality products during their periods, which will not expose them to health complications such as cervical cancer.”

In order to curb waste, reuseable sanitary towels are often touted as an alternative that is not only more affordable but environmentally-friendly as well. A 2018 study published in the Journal Environmental Public Health says that while reusable pads are sustainable, they must be maintained well. “[Washable sanitary towels] must be hygienically washed and dried in the sunlight. The sun’s heat is a natural steriliser and drying the cloth pads under it sterilises them for future use,” the study reveals, adding that the pads must also be stored in a dry place to avoid contamination.

Nemafhohoni also alleges that reusable sanitary towels were never really made available before to women in rural areas, something they would like to change when this product is made available in the near future. – Health-e News.