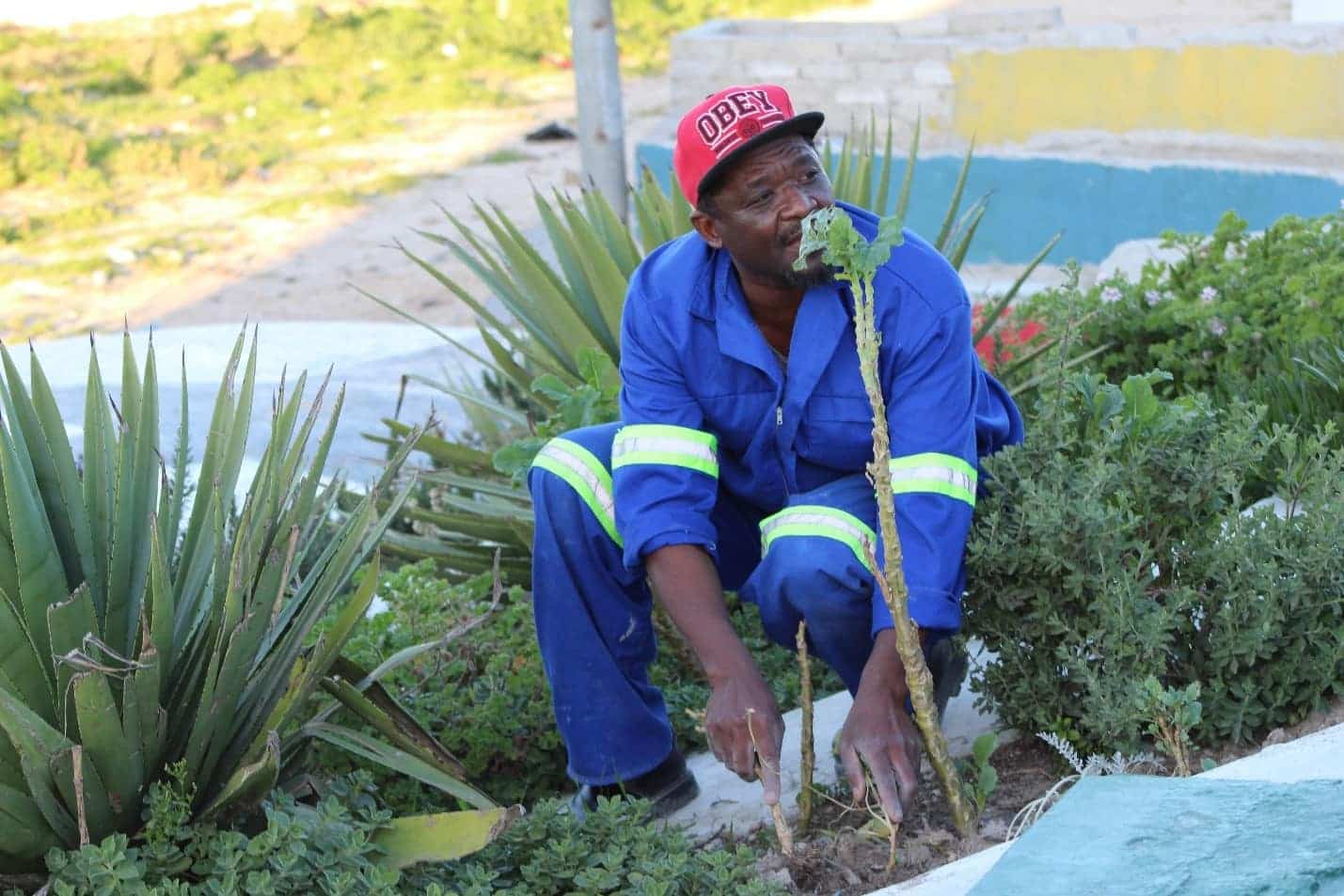 A collective is radically reclaiming its township from pervasive fast food outlets by encouraging youth to grow their own food.

Residents of Harare in Khayelitsha are revolutionising the township’s food culture by promoting food gardens. Focusing on the idea of self-reliance and awareness, a community initiative called Ujamaa encourages households to abandon fast food for healthier, more affordable homegrown meals.

Ujamaa is a Swahili word that refers to the political concept of creating an economic cooperative system that operates with a collective ownership approach, according to Ujamaa member Qaba Mbola Mhlaba. The concept was coined by former Tanzanian leader Julius Nyerere and through this project, the collective assists community members to start and maintain their own food gardens.

“We realised that the neoliberalism of ‘me, myself and I’ is dividing the community. We started the garden from a dump site that we converted. It’s not fenced because we want people to access the garden when they pass Ujamaa,” said Mhlaba.

The community-based organisation was born from the need to respond to socio-economic challenges facing many residents. It works towards an alternative, self-reliant and communal system. According to Mhlaba, the communal garden serves the whole community and is based on a model where no one is left behind.

The Ujamaa garden is also a “private chemist” for sangomas who harvest and pick plants and herbs for their practices.

“We used to plant only spinach and other foods but we realised that herbs for medicine are also needed. Food is important for us and as black people, we should also create our own spaces for social gatherings,” Mhlaba said. “We want a community not just a place for existence. We need information centres for people to understand and learn about food. We don’t sell our food because we want to strengthen the community.”

Ujamaa has created a ripple effect of healthy eating within the community.

Zandile Tlhapi, who runs a baby shop from her home, said the project was changing the narrative of black people and food and had increased awareness for people growing their own food instead of buying highly-processed food.

“It’s all about encouraging each other to live a better life,” said Tlhapi, who started her own home garden in a space that had been a dumping site next to her home.

Another community member, Dumisani Wambi, said the food people eat is important and black communities such as Khayelitsha have low food nutritional practices.

“We don’t share information and educate our people about nutrition; we have not yet set the standard for our people. But young people are leading the way when it comes to food changes,” he said. – Health-e News