28th March 2020 | Nelisiwe Msomi
The departments of health and tourism are working together to identify hotels that could be turned into quarantine sites.( Photo credit: Luntu Nzandze)

As South Africa went through its first day of lockdown, it had its hiccups and peaked at more than 1000 positive COVID-19 cases.

South Africa has recorded the first death related to COVID-19.

The Department of Health says a 48 year-old woman succumbed to the virus in the Western Cape as the country’s confirmed number of Covid-19 positive cases rose to 1170. The department said the woman had suffered from a pre-existing medical condition, a pulmonary embolism (blood clot in her lungs).

In its latest statement, the department says there is only one death related to COVID-19, and not two as reported earlier.   The second death was confirmed as negative for Covid-19 post-mortem.

The 28-year-old deceased woman, also from the Western Cape, was assumed to have been Covid-19 positive based on her clinical presentation. The department said, “the clinical picture was suggestive of COVID-19 and therefore a test was conducted. Her laboratory results have since been received and were confirmed negative. Her immediate family was also tested and they are also negative. She is therefore no longer considered a COVID-19 case”.

Minister of Trade and Industry Ebrahim Patel says that the government is looking at innovative ways of increasing the number of essential equipment needed in the fight against Covid-19. He says that a prototype of a ventilator is being developed through car production facilities.

“We want to get a basic ventilator in production as soon as possible”, Patel says.

Patel says that hospitals are also sharing resources and expertise, while he has issued an instruction that key products such face masks hand sanitisers, and critical medication will no longer be allowed for export without a licence to ensure that there is significant stock available in the country.

He also says that the departments of health and tourism are working together to identify hotels that could be turned into quarantine sites.

Patel was speaking at an inter-ministerial press briefing on the first day of the 21 days lockdown, on March 27 in Pretoria. Ministers of departments such as transport, police, defence and home affairs, who make up the National Command Council or the team driving operations in the fight against Covid-19, were giving a report on the progress of the lockdown after its first day.

Minister of Transport Fikile Mbalula said that the role of his portfolio was very important because the virus came into the country through travel and can spread through air, bus, taxi or sea forms of transport.

Mbalula says that the first day went well but with a few hiccups.  He says there were long taxi lines and in some instances, social distancing was not adhered to. He says that his department is working with the taxi industry to ensure that essential workers are transported in a safe and efficient way.

Patel says the long queues at many shopping centres were due to the fact that many people only got paid on the 25th and had not had a chance to shop until now.  But says that “ we must shorten the queues.”

Patel also warned businesses who inflate the prices of essential goods that they will receive hefty fines or in some cases, the closure of their businesses.

Efforts to speed up testing

This week the National Health Laboratory Services (NHLS), announced that it would “stepping up its efforts to fight the spread of the coronavirus disease” through GeneXpert analysers from April. GeneXpert test kits are currently being used for rapid testing for tuberculosis (TB). According to NHLS Chief Executive Officer Dr Kamy Chetty, tests outcomes will be faster.

“The advantage, according to the supplier, is that tests can be processed in 45 minutes, and the smaller machines can be placed in mobile vehicles which makes it ideal for community testing,” Chetty said in a statement.

Meanwhile, as Gauteng has been declared the epicentre of the virus in the country, the provincial department of health said in a statement it is embarking on a “massive recruitment” in search of health workers such as doctors, nurses and physiotherapists to build capacity to fight COVID-19.  – Health-e News

NORTH WEST – Tshegofatso Makroti, a 30-year old mother from Ikageng township in Potchefstroom who drank alcohol regularly through five pregnancies, believes that although two of her babies were stillborn her drinking was not a problem.

A self-proclaimed prophet has been arrested by the police in Thohoyandou, Limpopo, for circulating a video defying the regulations put in place to help combat the spread of Covid-19 in South Africa. 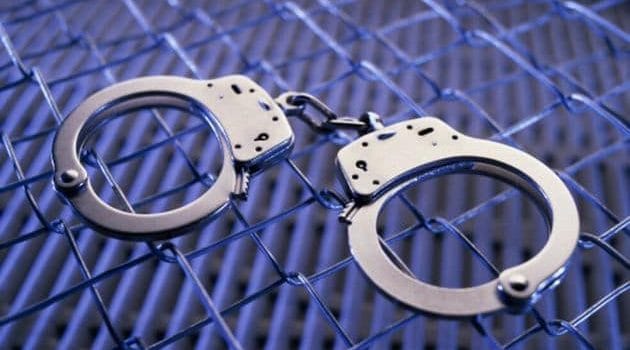 With just 393 ambulances on Gauteng roads, the province is far from meeting national standards for emergency vehicles despite 49 recently procured ambulances. Now one Eldorado Park family says they have paid the ultimate price for the province’s ambulance shortage.