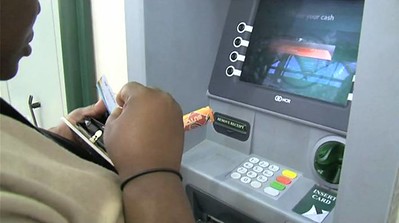 Minister of Social Development, Lindiwe Zulu, announced that, in May, child grants will have a R300 increase per child, thereafter an increase of R500 will be added per caregiver until October. Zulu was speaking at a press briefing as part of socio-economic relief interventions aimed at reducing the effects of the coronavirus pandemic.

But activists argue that this will leave many poor South Africans in a disadvantaged position. A coalition of human rights organisations has made a submission to the Ministers of Finance and Social Development, stating that the current form of grant increments are “inequitable, punitive to women and children, and needs revision”.

The coalition includes civil society organisations such as Amandla.Mobi, Children’s Institute, Rural Health Advocacy Project and Equal Education. The group is calling for the government to distribute the R500 child grant top-up to every child instead of it being given per caregiver.

“If the R500 CSG (child support grant) increase is attached to the caregiver rather than each grant, this will leave 2-million more people below the food poverty line than would be the case if the increase were attached to every CSG,” the coalition states.

According to the 2019 Pietermaritzburg Economic Justice and Dignity Household Affordability Index, the child support grant is set 25% below the food poverty line and 26% below the cost to secure a basic nutritious diet for a small child, aged between 10 and 13 years.

The organisations argue that the government’s current plan on grants is anti-poor.

“The endorsing organisations and individuals have called on Cabinet to reconsider the manner in which the allocation of grants will occur, bearing in mind the necessity of an urgent pro-poor response that protects children, the unemployed, and the informal sector. They have called on government to attach the CSG increase to each grant paid, to ensure that unemployed caregivers are not excluded from the Covid-19 grant,” they say.

Professor Stephen Devereux, who is a development economist at the University of the Western Cape, says that that government’s increase in grants is “very good way of getting money to poor people they quickly:

“I think that the main problem is that even before this current crisis. We knew that the grants were not enough to ensure some interests in the child. Even if all the money was allocated just to just a child and just for food. It only paid for about two-thirds of the healthy diet, nutritious for the child. So the grant itself wasn’t enough,” Devereux says.

However, Devereux says that the increase may bring some benefit relief to some homes but will not fully account for the loss of income some grant beneficiaries received through informal income since the implementation of the lockdown.

But Zulu says that the government cannot afford to pay the grant increase to each child who is on the grant system.

“The proposal to increase the Child Support Grant by R500 per child per month resonates with us. However, such an intervention would have cost R38-billion for six months. Clearly, this would have left very little room for the other interventions to be implemented,” Zulu says.

She continues and says that R21,8-billion has been located to households with children and is the “the lion’s share of the total funds allocated by the National Treasury”.

Including unemployed caregivers in grants

“It also seems likely that the 7.1-million caregivers who receive CSGs on behalf of children will be excluded from accessing the R350 Covid-19 grant if they are unemployed,” says the coalition.

The activists say that women and children will get a raw deal in the government’s socio-economic relief plans.

One such woman is an unemployed mother of four, Christina Mashao from Topanama Village outside Tzaneen. She and her family of seven survive on the child grant — relying on it to feed the whole family of seven members.

Only two of her children qualify for the child grant. Her other two children have been cut off due to their age.

“At first I thought the money will be for each child. In that case it was going to help me very much because no one in my family is working, and we rely heavily on this child grant. I only get grants for two children as my other two children have been cut off from the payroll due to the age limit,” she says.

Mashao also lives with her two unemployed brothers, who live off of the money she collects.

“Little is better than nothing. It will assist in buying food, cosmetics, water and other things that we need to survive during the duration of the lockdown. Although, it’s not enough as I still have to buy water. As for food — I would only buy 80kg of maize meal, cooking oil and 10kg pack of fish and if we are allowed to buy clothes I would also buy winter clothes for my children,” she adds.

Devereux says that just as working people have the unemployment insurance fund, such a mechanism needs to be developed for the unemployed and people in informal sectors so they can survive in pandemics like Covid-19.

“We need to think about some kind of social wage for people that are not able to make contributions, but they’re still working. Now imagine you’re a car guard, or you’re selling in the street, you are not making a lot of money but you’re making enough to survive. Now you’re sitting at home. And maybe you don’t have a child in the household so you can’t even get child support for you to survive.”

According to Zulu, the government has allocated R20-million while the Solidarity Fund allocated R23-million to provide emergency food parcels to the value of R700 per household. The department aims to reach 58 000 households and deliver close to 250 000 food parcels.

But residents like Mashao say that there has been political prejudice influencing who receives food parcels in her village.

“The manner in which food parcels are being handed shows favouritism because we were never told that we have to enlist our names but only heard when they were given. People went out and enlisted their families and those they know; and forgot about. There are many people who struggle for food during this time and it’s not time to look for political affiliations.”— Health-e News