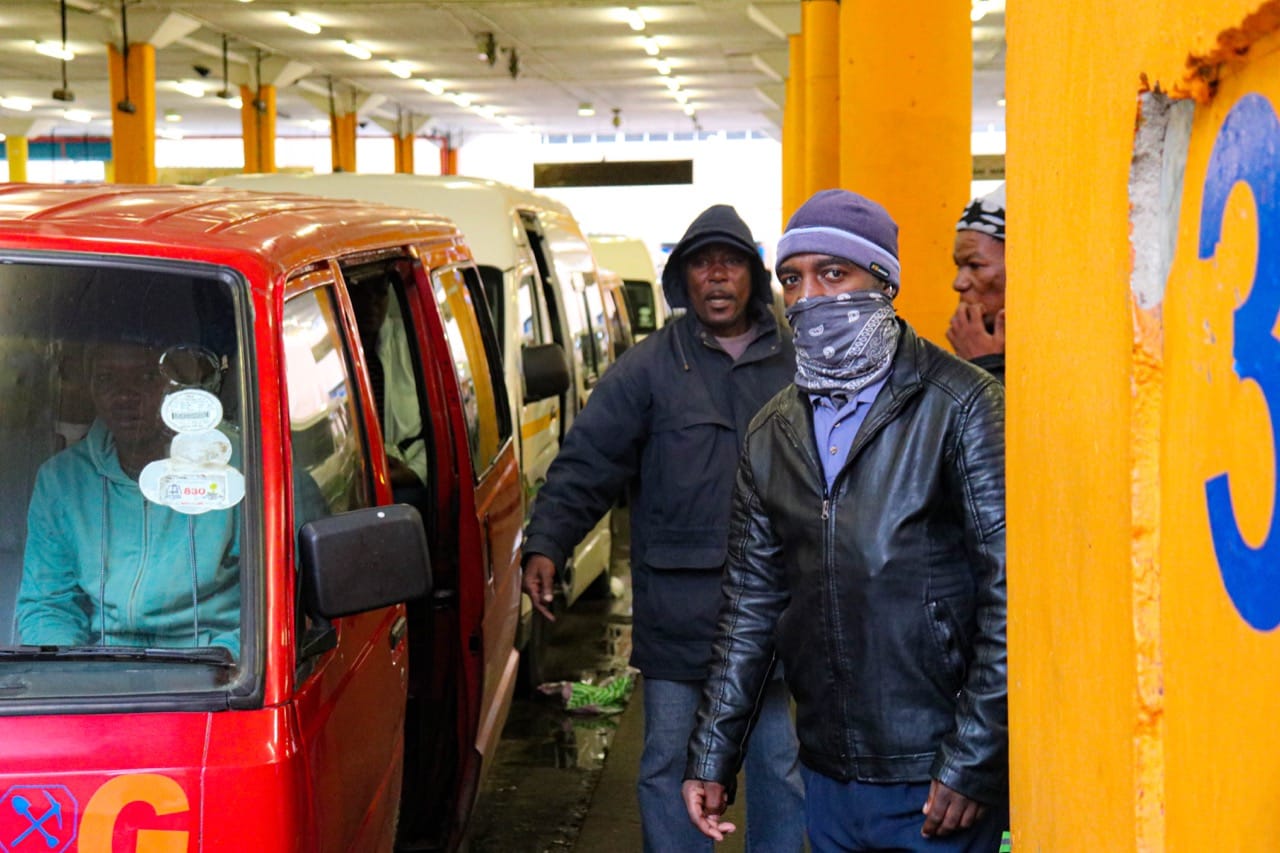 As the economy slowly opens up, some taxi ranks struggle with adhering to Covid-19 hygiene protocols, whilst others firmly stick to the regulations.

Taxi ranks saw a jump in activity on Monday as over one-million South Africans returned to work for the first time in five weeks. The country entered level four lockdown on Friday which allowed a partial opening of the economy under stringent hygiene and social distancing regulations.

There are over 1 000 taxi ranks in South Africa which serve about 16.5-million taxi commuters around the country. Not unexpectedly, drivers, rank marshals and commuters all faced challenges. A lack of sanitisers, poor social distancing, and commuters wanting to travel without wearing masks were among these.

‘Business as usual’ in the North West

There was no sanitiser in sight at the taxi rank serving Makapanstad in the North West.

One driver said that his taxi has never been sanitised and that there was no hand sanitiser available for passengers.

“It’s business as usual for us. The only thing we have are masks that we bought ourselves,” the driver told Health-e News.

Mid-way through the level five lockdown, Botlhale Mofokeng, as Acting Community Safety and Transport Management MEC, announced a donation of 40 litres of surface sanitiser, 40 litres of hand sanitiser and 63 masks to the Makapanstad Taxi Association (MAUTA).

“In order for us to do our part, we donated these sanitisers to help. We know they will not go a long way but it’s a start,” Community Safety and Transport Management MEC Sello Lehari said.

However, pressure on earnings meant some operators are not willing to spend dwindling profits on sanitation.

Taxi driver, Potji Mokobong said that he can’t afford to use his income to buy sanitisers.

“We are not earning anything now. It’s like we are just working for petrol, there is no commission,” he added.

MAUTA chairperson, Ali Moloto, said the sanitisers donated by the government did help but had to be shared with Ngobi Taxi Association. Once these run out, the onus is on taxi bosses to replenish it.

The situation In Lephepane Village in Tzaneen appears to be somewhat different with taxi associations taking a hard line.

Ngoako Malatji, a taxi driver from the area, said they are trying their best to adhere to rules to curb the spread of Covid-19.

Malatji said passengers not wearing face masks are not allowed to board the taxi.

“Look, the rules are strict and we abide by them — even our association is very strict with how many passengers are in the taxi and the issue of masks and sanitisers. We have denied many access because they didn’t comply, as they didn’t have a mask with them,” said Malatjie.

He said if a driver was found to be in breach of the regulations they would be suspended.

Meanwhile, at the Bethlehem Taxi Rank in the Free State, rank marshalls say the vehicles are constantly being sanitised.

Rank marshal, Nnopi Mokoena said all taxis are cleaned when they return to the rank.

“Every morning when the taxis arrive at the rank we sanitise all of them by spraying sanitiser inside the vehicle,” explained Mokoena.

He said drivers are complying with the mask regulations, as uncomfortable as it is.

“These masks are uncomfortable to some of us because they are too tight — and the thought of breathing your own breath […] it’s difficult but it has to happen and at least when we eat we take them out,” said Mapule Motlokwa, a taxi driver based at the Bethlehem taxi rank.

Some commuters were turned away when they tried to travel without masks.

“Both my son and I didn’t have masks when we arrived here. I tried to plead with them but they told me to go and buy masks if we want to travel,” said would-be passenger Modiehi Maseko.

Another passenger from a village in Tzaneen expressed concern about poor social distancing practices.

“I’m worried as people are not observing social distancing and no one is enforcing that. There was supposed to be someone monitoring the queues but it’s not happening. People are crammed onto one another as if they don’t know what’s going around the world. It seems like they don’t take coronavirus seriously,” said Rikhotso. — Health-e News