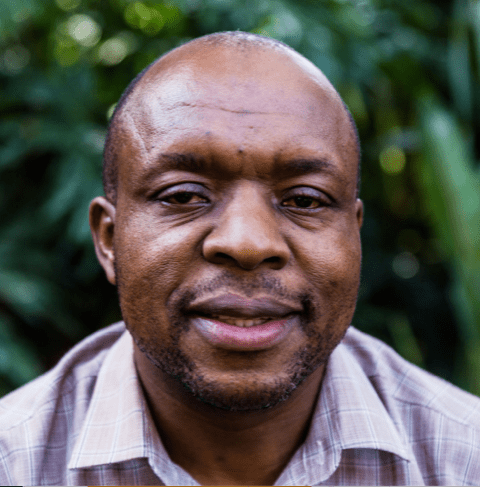 Webster Mavhu is a linguist-turned social scientist and global health practitioner who has been conducting research to inform programming for the past 15 years: Credit(Supplied photo)

By looking at some of the lessons learnt from the HIV and AIDS pandemic in Sub-Saharan Africa, the way to effectively tackle Covid-19 becomes clearer, writes Webster Mavhu.

Covid-19 still threatens to wreak havoc across Africa with the World Health Organisation (WHO) projecting almost 200 000 deaths. But we must not ignore the threat from other diseases – now neglected – as we tackle this ongoing pandemic.

The WHO has warned that deaths from malaria could double across sub-Saharan Africa this year, if prevention efforts are disrupted by Covid-19. Indeed, we are already witnessing a rise in malaria deaths in some countries.

A recent study also projected that a three-month Covid-19-induced lockdown and resultant disruption of current tuberculosis (TB) programs could lead to an additional 6.3–million TB cases and 1.4–million TB-related deaths over the next five years.

Apart from TB and malaria, HIV and AIDS has been ravaging sub-Saharan Africa for the past four decades and a majority of the 32–million global AIDS-related deaths have occurred in the region.

Indeed, a combination of HIV and SARS-CoV-2 [the virus that causes Covid-19] presents a double tragedy for sub-Saharan Africa.

Commonalities between HIV and Covid-19

Despite some differences, these two pandemics are similar, to some extent. For example, HIV was a novel virus that became a global pandemic, just as SARS-CoV-2 has done in a few months. Also, no vaccine is currently available for either infection.

Because of similarities between SARS-CoV-2 and HIV, the HIV pandemic and efforts to control it over the last four decades, provide important lessons for controlling SARS-CoV-2.

For example, we now know that there is no single global HIV epidemic, but rather a multitude of diverse epidemics. Therefore, some responses work better in other countries and less in others.

Similar to HIV, we are already seeing diverse SARS-CoV-2 epidemics. African countries with weak health systems, therefore, need to be aware that they might need to have tailored, context-specific responses.

Of note, a worldwide shortage of ventilators has thrown African countries into a panic mode as most have inadequate or no ventilators at all. Some experts have however, questioned the relative importance of costly ventilators within a healthcare system that is unable to house or maintain the gadgets, and in a setting with erratic electricity supply.

As for other low-and middle-income settings, Africa’s urgent need is the strengthening of its entire health system.

We also need to be careful not to repeat one of the failings of the response to HIV in sub-Saharan Africa – implementing HIV programs in a siloed manner.

Of course, the rationale for initially implementing HIV programs in a siloed manner is understandable. As a pandemic, HIV became a global emergency and it was not practically possible to launch HIV programs in a manner that facilitated their integration with other health programs.

However, the consequence has been that decades later, HIV programs, just like those for other communicable diseases such as TB and malaria remain well-funded, whilst those relating to non-communicable diseases (NCDs) such as diabetes and hypertension, have little to no funding.

Sub-Saharan Africa continues to overlook the possibility (and inherent benefits) of integrating HIV, with especially NCDs, even though the region has seen a surge in the burden of NCDs over the past two decades. According to the WHO, 15–million people aged between 30 and 69 are dying prematurely due to NCDs – nearly 9 out of 10 of these premature deaths occur in low middle-income countries, Sub-Saharan Africa included.

To avoid one of the failings of the response to HIV, African countries should be supported to strengthen the entire health system and not produce another unintegrated, SARS-CoV-2 response.

We clearly need an integrated response that seeks to strengthen the entire health system.

Webster Mavhu is a linguist-turned social scientist and global health practitioner who has been conducting research to inform programming for the past 15 years. He is a 2020 @aspennewvoices fellow. Follow him on twitter @webstermavhu