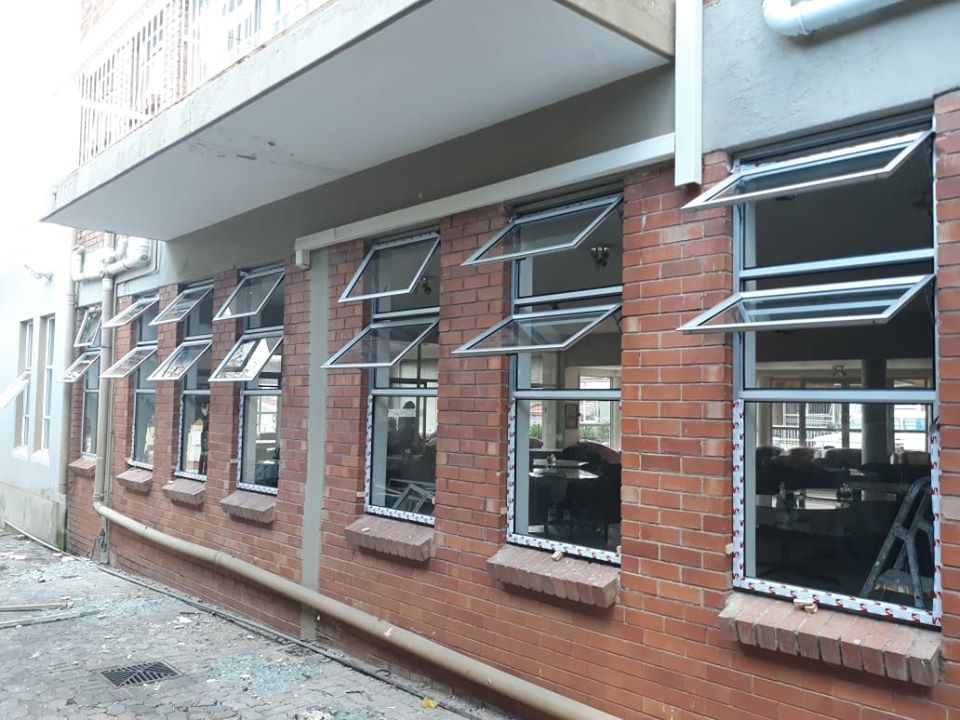 Over eighty residents and staff of the Greek Old Age Home in Orange Grove are awaiting the results of their tests after the facility recorded its first case of Covid-19 last week. Due to the backlog of tests being processed nationally, results could take up to 11 days, writes Jamaine Krige.

The residents and staff of the home are among 35 000 Gauteng residents currently facing a waiting period of up to 11 days for their Covid-19 test results. Gauteng Health MEC Bandile Masuku confirmed this in an oral reply to a question posed to him by DA Shadow MEC of Health Jack Bloom at a virtual sitting of the Gauteng Legislature on Tuesday.

Bloom said he was “greatly concerned by this huge backlog of tests, which is 12 000 higher than the 23 000 backlog reported last week.” He added that long delays undermine the test, trace and isolate strategy in Covid-19 hotspots.

The first case at the Greek Old Age home was discovered quite by accident when a resident fell and was sent for X-rays. Current hospital protocols require patients to also be tested for Covid-19, says Daniela Chrysostomou, chairperson of the Greek Ladies Benevolent Society who runs the home.

“Fortunately, she has no fracture, but unfortunately she tested positive.”

The facility has since quarantined its 35 residents and 47 staff to its premises, says Chrysostomou.

“Obviously if you have a positive case you try to isolate and do whatever needs to be done to keep everyone safe.”

Everyone has now been tested. Although more cases were confirmed, the home will only release the exact number once all test results are received. “We are, however, treating every resident as if they are positive,” she says. “It’s difficult, because they stay close together and most of them have Alzheimer’s disease or dementia, which makes this very difficult to navigate.”

The facility entered lockdown days before the rest of the country and is operating according to World Health Organisation guidelines. Staff initially lived on the premises, and even after lockdown regulations were relaxed every measure was taken to keep residents safe.

“Each staff member that entered the premises is disinfected with alcohol spray at the gate and screened for fever and other symptoms,” she says. Once inside, staff change their clothes in a designated area, with work clothes supplied by the facility and laundered on the premises to further mitigate risks.

“They work with gloves, masks, aprons and face shields,” she says. Staff education and training is ongoing and integral to operations. “You can’t just focus on the residents – you must look at the staff, their families and their community at large, and at the country.”

The safety of elderly residents at long-term care facilities is a global and national concern, due to the vulnerability of the population and their close proximity to one another. In the Western Cape, at least 30 old age homes have been affected by the coronavirus, while national statistics about the impact on old age homes and care facilities have not been released.

Chrysostomou says educating elderly residents about safety procedures is a challenge because many of them have decreased mental and cognitive functions.  “Old people with Alzheimer’s disease and dementia can’t be forced to wear masks – they don’t understand,” she says. “We have some of them on oxygen but they struggle. We had to bring in additional staff just to ensure they keep their oxygen on.”

Not all residents are on medical aid and many would not fare well in government hospitals, she says. For this reason, much of the needed treatment is kept in-house. A number of doctors have stepped forward to assist.

“Our medical team, all of our doctors, are working on a volunteer basis. They are not employed, they don’t get any benefits, but they stepped up,” she says. “They come in, they do rounds, they check on the people, especially those who don’t have medical aid, so that has been amazing.”

The facility has undergone two full decontaminations since the first resident tested positive. The community has also rallied together after the old age home put out a request for assistance on social media. “People have been calling to ask what they can do, and they’ve just made sure we get everything we need,” she says.

*Amanda Pappas says her yiayia (paternal grandmother in Greek) has been living at the Greek Old Age Home for the past six years. *Helen Pappas is 94-years–old and moved there with her late husband while she was still in good health. Today, however, she has advanced dementia and requires round-the-clock care.

*Amanda immigrated to in 2010 and relies on telephone calls to stay in touch with her grandmother. “Sadly, for the past year it’s been hard to communicate with her and our conversations have been very difficult,” she admits. “I have been terrified of how confused she must be to see her carers in personal protective equipment (PPE) without understanding what is going on; even the thought of her being swabbed for a Covid-19 test breaks my heart.”

While she fully supports staff in their efforts to keep the elderly safe, she feels the facility should have notified families directly of the positive case before posting on Facebook to ask for support.

She says her family only found out about it after their weekly phone call. Despite this, she says the facility has gone out of its way to make the families of the residents comfortable during this period. “I am comforted knowing that the staff truly love my yiayia and have cared for her so well over the years, especially because we cannot be near her to offer a loving touch or a hug, or just to be by her side.“

The past week has been wrought with fear, despite believing that every precaution is being taken to keep her grandmother safe. “Of course our fears are that this is going to blaze through the home and take all and sundry in its path, including my yiayia. But more than that, even more than if she were to pass, I am worried about the experience she’ll have leading up to it – the swab test, moving her if need be to a hospital … it’s very intense to imagine what she must be going through, but all I hope for is that one of her carers is there to stroke her arm or her face and offer, outside of medical care, a loving touch.”

And this, says Chrysostomou, is the type of care that the facility aims to offer – a home to the elderly in more than just name.

On the same page

Chrysostomou says while the Department of Health has been proactive in its support, ensuring that every resident and worker is tested, she has been told that it could be a wait before they receive the results due to the backlogs in processing test samples.

The DA’s Jack Bloom, however, says this is not good enough.

The Gauteng health department has indicated that it expects the backlog to be cleared in a week or two – after backlogs in Western Cape and Eastern Cape have been resolved. Kwara Kekana, spokesperson for MEC Masuku, says the department is using contracted lab services to assist.

He added that, although their specialised outbreak team is responsible for contact tracing and monitoring of the confirmed cases and additional testing where required, the overall responsibility for old age facilities lies with the Department of Social Development.

The Department of Social Development told Health-e News that it has requested a full report from its social workers involved with the Greek Old Age Home. The department would comment after analysing the report. – Health-e News