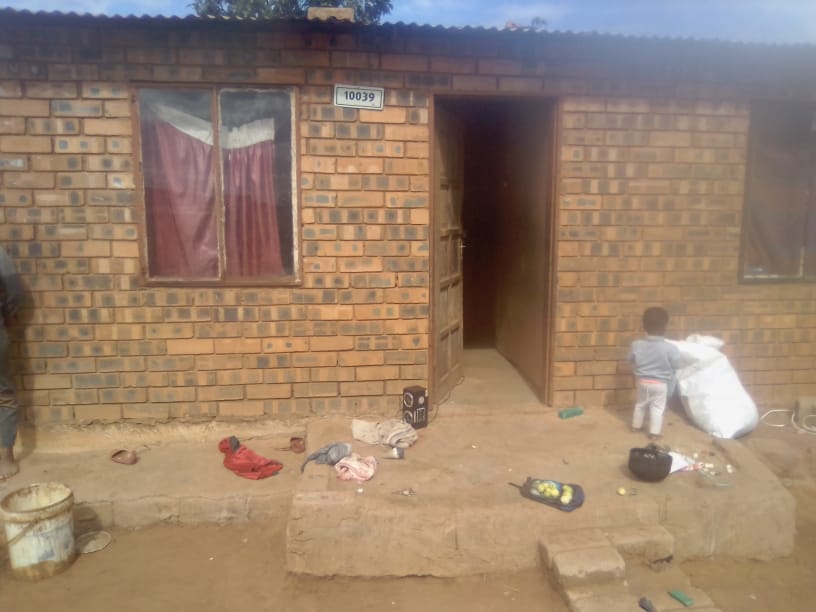 “The most painful feeling any parent can ever experience is to tell your children that there’s no food at home and there’s nothing you can do,” says 53-year-old Tendani Tseisi, a struggling father from Limpopo.

#LockdownSA: Child hunger on the rise

As the Covid-19 pandemic persists without an available cure nor vaccine, food insecurity, poverty and household hunger are expected to be on the rise, with sobering consequences for children who may experience these realities.

According to the latest National Income Dynamics Study-Coronavirus Rapid Mobile Survey (NIDS-CRAM) on the impact of the coronavirus and lockdown on child welfare in South Africa, households that experienced loss of a main income source in April 2020 reported a higher prevalence of child hunger than households that had similar per capita incomes in 2017.

Tendani Tseisi, an unemployed single father of six from Mabila village, outside Thohoyandou, says that his family has been battling the harsh reality of food insecurity and hunger for years, but the situation has since been worsened by the country-wide lockdown which began in March as a measure to curb the spread of Covid-19.

“I have been doing part-time jobs for years so that I can afford a bag of maize meal, at least, and so that we don’t die of hunger. But since the start of the Covid-19 pandemic, it has been difficult to find any part-time employment, which has made our lives extra difficult. The most painful feeling any parent can ever experience is to tell your children that there’s no food at home and there’s nothing you can do,” says Tseisi.

Of the South Africans interviewed in the survey, 15% reported that a child in their household has gone hungry at least once in the past week, and 22% reported the same for any household member. At least 16% of the children who went hungry are under the age of seven-years-old, and 47% of respondents reported that their grocery budget ran out in April.

Tseisi’s wife passed away in 2014, leaving him to raise their six children on his own. His youngest is 10-years-old, while two other children are currently in matric and his eldest three children are adults who live in the same two-roomed RDP house built by the government.

“It is so painful being a father and knowing that your struggling to provide food for your children. Since my wife passed away in 2014, I have been left to look after our six children, with two who are currently in Grade 12. And now, only one child is receiving a child grant as the rest are above 18 and no longer qualifies,” he says.

Per the NIDS-CRAM report, the economic decline associated with the pandemic is likely to have an even greater effect than the 2007/8 recession on child hunger. The recession is deeper, and its effects more immediate. It has affected informal business activity, as well as some employed workers – particularly those at the bottom of income distribution, thus driving down incomes further.

“I have been told that I don’t qualify for the R350 grant, which is being given to all unemployed people in South Africa, as I am the one who currently receive child grant on behalf of my youngest child. And the worst part is that we never received any food parcels from the government or local municipality since the start of the pandemic,” adds Tseisi.

Tseisi is one of many parents in Limpopo who have celebrated the resumption of National Schools Nutrition Programme, saying that it will help ease the burden he currently carries everyday – ensuring that all his children have food to eat.

“I am happy that some of my children are going to get healthy food from the school again. It is a welcome relief, as we do not normally eat healthy meals here at home.”

NIDS-CRAM has recommended that school feeding program be extended to weekend and public holidays to help shield children off hunger, and that the government should continue with social grant top-ups beyond October.

‘Food is a human right’

Though global malnutrition has halved over the last twenty years due to economic progress and advances in agricultural production, the NIDS-CRAM report suggests that there has been a sharp increase in hunger, especially child hunger since the start of the coronavirus pandemic in South Africa. Furthermore, it suggests that child hunger will likely increase in the following months if households continue to run out of money to buy food.

Edward Muyanalo of Rotakuwa Charity Care, which looks after orphaned children in Vhembe District, Limpopo, says that since the start of the Covid-19 pandemic in the country he has already donated food parcels to more than 100 children.

“It pains me to see an orphaned child without any food to eat, which is why I’ve made it my job to ensure that all orphans I know of have enough food to eat because food is a human right. It also pains me when people loot food parcels aimed for orphans for their own benefits,” says Muyanalo.

He further says that “many children are currently suffering of hunger, especially in rural villages but it is something which we can change by sharing the little which we have”. –Health-e News