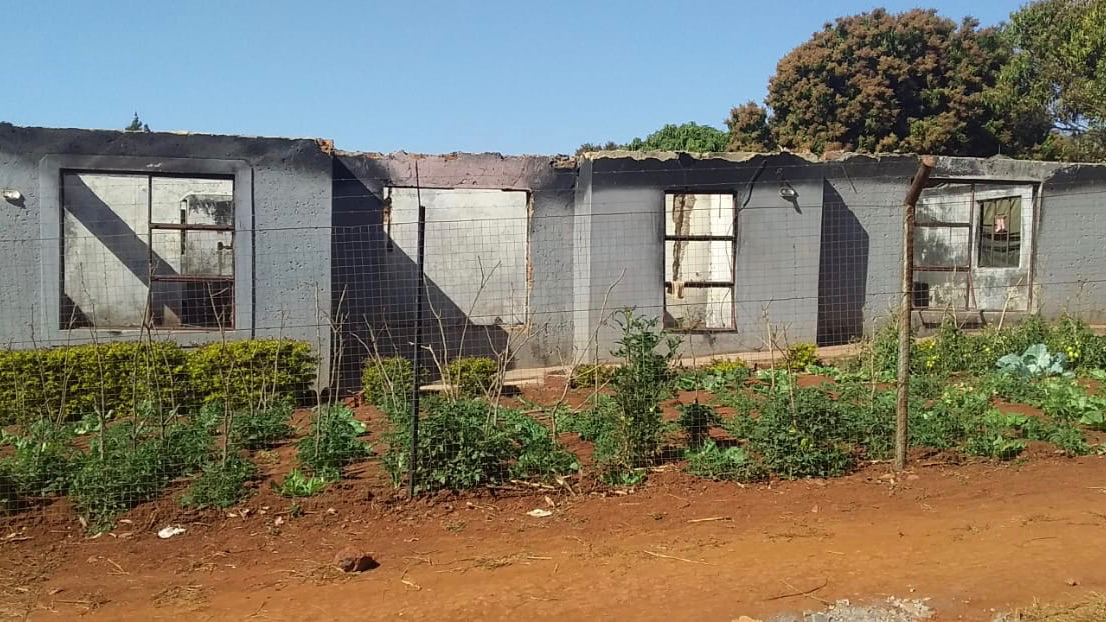 A Limpopo family is left destitute by a fire. Police are investigating a case of arson while the family lives in a tent.

A Limpopo family is left homeless, without food, clothes and other valuables after their home burned down in Lwamondo village, outside Thohoyandou. Eleven members of the Maboho family are now sharing a tent.

The family’s ten-roomed house burned down last week. Along with their home, the family lost important documents

“The incident has changed our lives in a painful manner,” says Tshilidzi Maboho, adding that the family is relying on food parcels.

A case of arson

Though a case of arson has been opened in Vuwani police station, no one has been arrested. Police have not identifiedthe cause of the fire, either. Maboho believes that someone who wanted to kill the entire family set the fire.

“It was just by grace of God that we all managed to escape the fire unharmed, but we were unable to rescue any valuables,” says Maboho.

“Just thinking about the valuables which we have lost makes me cry, as at the moment no one is officially employed in the family as we all do part-time jobs and it will take us years to rebuild the house and replace all things which we have lost,” says Maboho.

The Vhembe district municipality supplied the family with a camping tent, but Maboho says it is too small to

accommodate the whole family. The Maboho children also lost their schoolbooks. The municipality could not be reached for further comment on assistance available to the family.

“Though we appreciate the help we are currently getting from the community, but with the limited space which we are currently sharing we are unable to practice proper hygiene which is essential during this time of the Covid-19 pandemic,” added Maboho.