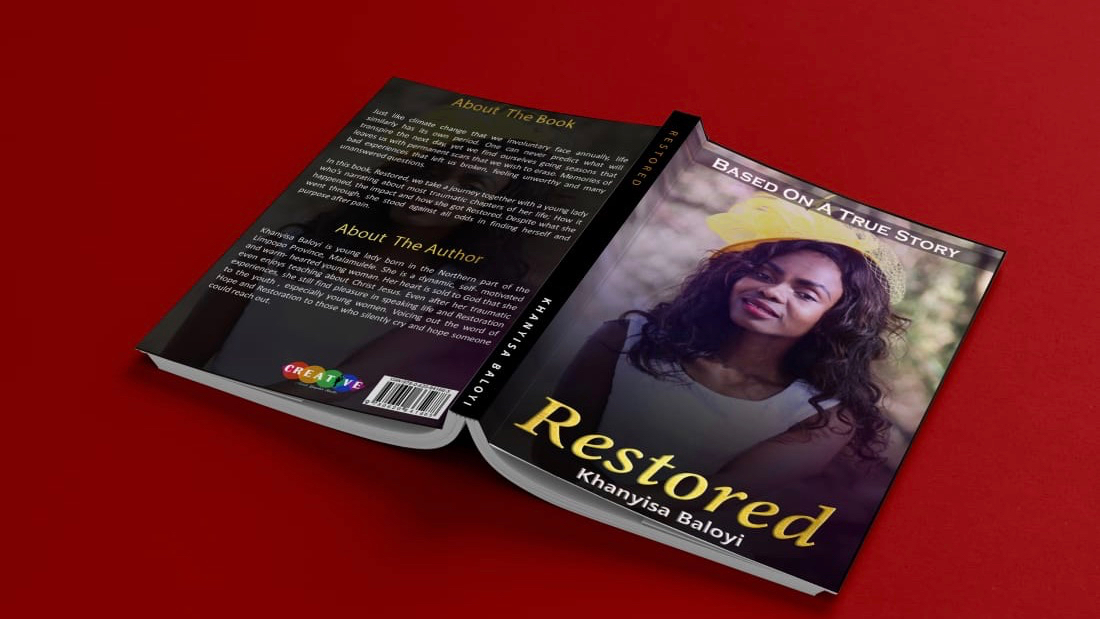 “Despite knowing that my life was in danger walking away was not an easy decision to make.” Author Khanyisa Baloyi on how she found strength.

Khanyisa Baloyi knew her life was in danger, but struggled to leave an abusive relationship. After years of suffering, the 33-year-old found the strength not only to heal, but to share her story with other women.

Baloyi, who grew up in Malamulele in Limpopo, wrote her memoir Restored to encourage other women to walk away from their abusive partners. In it, she captures years of abuse.

‘My life was in danger’

Despite enduring physical, emotional and financial abuse at the hands of her ex-fiance, Baloyi stayed, hoping things would change. The abuse never stopped.

“I was engaged to my abuser, which made it difficult for me to just walk away as I really wanted the relationship to work. Despite knowing that my life was in danger walking away was not an easy decision to make though I was suffering,” says Baloyi.

“He would sometimes beat me and throw me against the wall countless times and leave me unconscious on the floor,” she recalls.

Baloyi suffered in silence, hiding the nature of her relationship from friends and family.

“The worst part was that my family was not aware of what I was going through as my abuser was a different person Infront of our families and friends,” she says.

As she approached her 30th birthday, Baloyi held on to the painful relationship. She feared the judgment that would come with being unmarried at this age if she left. Instead, Baloyi’s silence led to depression.

“Not having anyone to talk to and share what I was going through meant that I had to bottle everything inside, which lead me to being diagnosed with depression. At first I didn’t believe that I could be depressed as I used to see myself as someone who was strong and I could take anything as long as I am not alone despite being abused all the times,” she says.

The health impacts of violence, particularly intimate partner, are significant. Violence against women can result in serious physical, mental and reproductive health problems including sexually transmitted infections, HIV, and unplanned pregnancies, according to the World Health Organisation.

Baloyi is also a rape survivor. She was first raped in matric and again at university. Studies show that many survivors, like Baloyi, are vulnerable to being raped again later in life are raped more than once.

As an adult in an abusive relationship, Baloyi found strength looking back over her life. One day she told herself that enough was enough and fought back physically. That was the day she walked away from her abuser, but it took her years to recover emotionally from the whole ordeal. 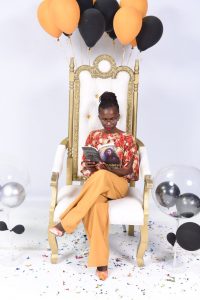 “Healing from the entire ordeal took longer emotionally as my self-esteem was very low. I had to work on seeing myself through the eyes of a survivor than the weak useless vessel that he used to call me. Sometimes when I thought that I had healed, the memories would take me back and relieve the whole ordeal again,” she says.

Counselling helped Baloyi to heal from the abuse and gave her strength to finally face and confront her ex-partner.

“After a year of going through counselling, I gained strength and I ended up confronting the abuser. That helped me to know that I got my strength back. But complete healing where I felt I could share my experience with the world only happened after about three years,” says Baloyi.

“After leaving that abusive relationship, my life changed for the better. Although I had to start from scratch, it was better than being caged in. Living with someone who always finds fault in everything I do. With time, I became a better person and now I understand why God kept me alive to tell the story of how I am restored after brutal torture,” she says.

In the book, Baloyi narrates how community expectations fuel the violence perpetrated against women and children. A young girl can become a foreigner in the community which she grew up in.

“I wrote this book to take anyone on a journey with me as I speak of incidents which happened in my life, which could have taken me to an early grave but instead, I stood against all odds and I survived,” she says.

“There are various reasons why women stay with their abusive partners but the main one being the fact that the abuser has already dealt with the mind of his victim. And once they have done that abused women end up feeling worthless and not worthy to be loved by other people beside the abuser,” says Baloyi.

Baloyi says that survivors end up feeling worthless and see themselves through the eyes of the perpetrators.

“If the perpetrator is doing everything for you and you want to maintain the life that you’re not paying for, your likely to stay despite being regularly abused, in fear of starting all over again on your own”, she says.- Health-e News.