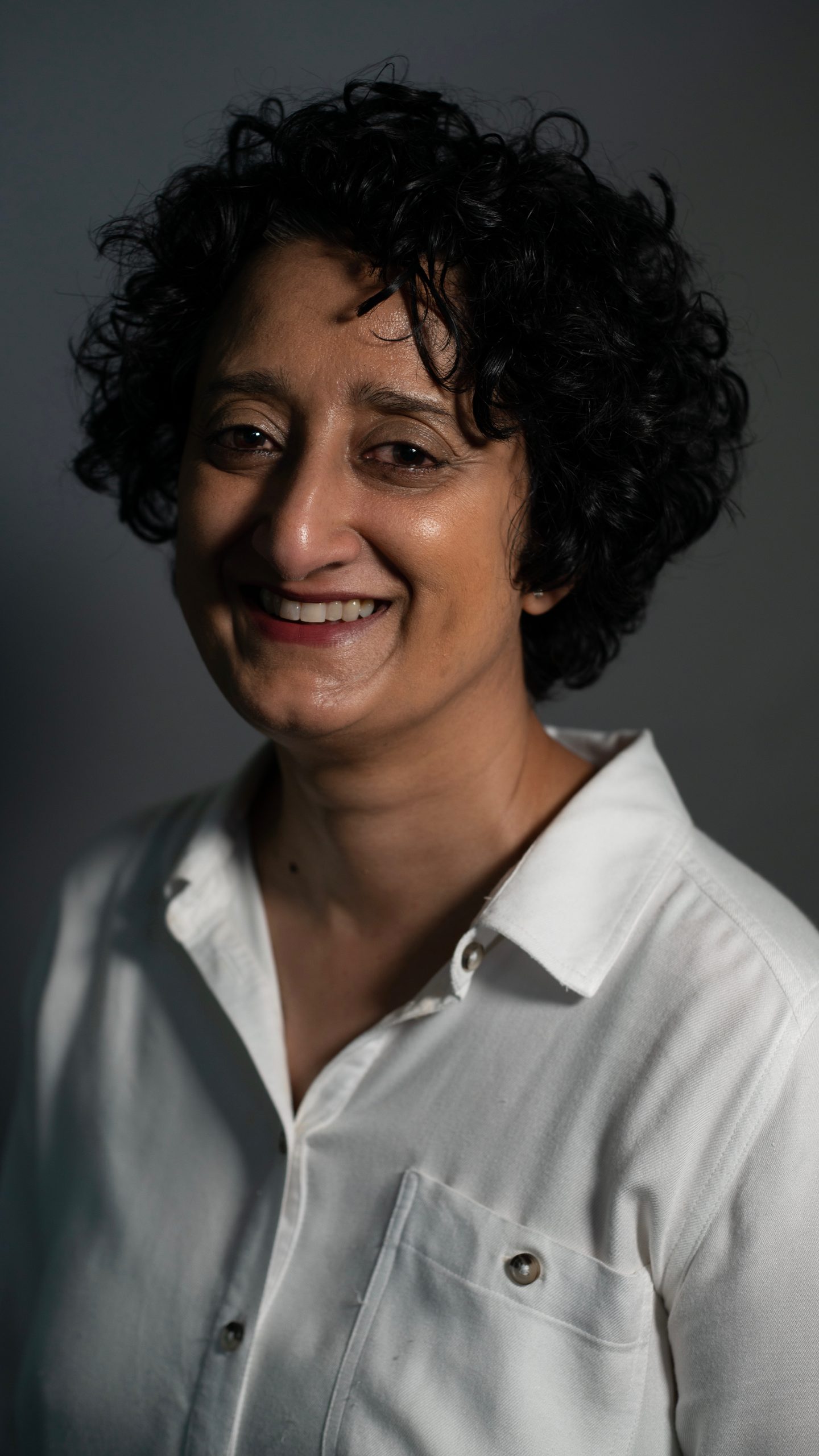 Fatima Hassan is a lawyer who fought for the rights of South Africans during the HIV/Aids pandemic. Now, she’s preparing to fight another pandemic: Covid-19.

Her name is known in South Africa’s top health circles. Government officials remember her as one of the lawyers who dared to take the government to court in a landmark case—and won. Insurance and pharmaceutical executives remember her for fighting against the discrimination of people living with HIV.

Fatima Hassan’s life and career has been inextricably linked with South Africa’s journey to democracy, guided by the pursuit of justice.

Hassan was born in Fordsburg in Johannesburg during the apartheid era. Born after the multicultural neighbourhood was reshaped by the Group Areas Act, the community laid the foundation for her activism.

“Growing up I felt that the world was just unjust, and apartheid was just unfair. None of us thought that we would ever see the end of apartheid in our lifetime. Doing law was a way of trying to address some of those injustices,” she tells Health-e News.

South Africa’s transition to democracy found Hassan as a law student at the University of Witwatersrand.

“I was inspired by the work of people at the Legal Resources Centre: people who were part of the struggle, who were using the law to challenge injustice in an unjust, imperfect legal system. I was fortunate, or if you want to look at it in a different way, unfortunate, to be doing my degree at the height of the violence in South Africa in the early 90s,” she recalls.

As millions lined up to eagerly make their mark in the first democratic elections in 1994, Hassan was in her final year. This momentous occasion mapped out her next move. As the South African constitution was drafted and passed in 1996, Hassan’s young career was also taking shape.

“As a graduating lawyer at that time, it kind of just fell into place and it made sense that if you’re interested in social justice and human rights, and you have a new constitution being developed and passed, that’s the area in which you’re going to work,” she says. 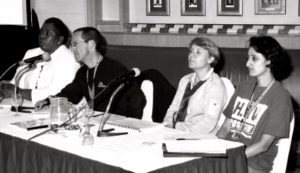 Hassan did her articles at the Wits Law Clinic, where she helped indigent people who needed legal services and access to justice. Professor Philippa Kruger mentored Hassan and shaped her view that the “idea of law and justice was about providing the highest quality legal services to the poorest person.”

Hassan knew that she could not pursue private practice. At the time, another social justice issue gripped South Africa: the growing HIV pandemic. Hassan joined the Aids Law Project, moulding herself into a human rights lawyer and activist.

The HIV and Aids battle

Two years after joining the Aids Law Project, Hassan was part of the group of activists who started the Treatment Action Campaign in 1998. Early on, Hassan and the TAC fought against HIV discrimination. They defended child activist Nkosi Johnson when his school discriminated against him and held companies accountable when HIV-positive employees lost their jobs.

The greatest lesson here, she says, is that lawyers are “unimportant,” and it is the people who tell their stories who should be celebrated. Then the fight turned to public policy. Hassan became one of the leading lawyers to take on the government during what has become the era of Aids-denialism under Former President Thabo Mbeki.

“People were dying and we were dealing with state-sponsored HIV/Aids denialism. No we weren’t just dealing with access issues. [We] were also dealing with a policy of a government that was propping up a system that was not rooted in science and evidence,” Hassan says.

To counter the misinformation that came with denialism, Hassan and her colleagues had to collaborate with different groups involved in the HIV/Aids fight. They worked closely with journalists, gathered supporting evidence from clinicians and doctors and collaborated with public health advocates to take government and pharmaceutical companies to court.

Taking on the state

Still, the battle against the democratic government felt like a betrayal, especially against a ruling party that Hassan called her political home. Critics called her unpatriotic, but she persevered.

“We couldn’t believe that we were fighting our government. It wasn’t the apartheid government, it was our government. This was our liberator. We have this amazing constitutional democracy but have a president who is denying the experiences of people living with HIV/Aids, and saying ‘We’re not just not going to give you access to medication but we also don’t believe in the science and the evidence that HIV causes it.”

They also took on big pharma, questioning why treatment available in the rest of the world was not accessible in South Africa. It was her first experience in the complex field of patent regime systems and how patent barriers heavily influence access to medication in the third world. In response, they built a network of solidarity around the world.

The fight paid off: In June 2002, a court compelled the state to provide antiretroviral treatment to HIV-positive pregnant women. Then in April 2004, cabinet expanded this policy to all HIV positive patients.

Applying the lesson from HIV/Aids to Covid-19

As Covid-19 plagues the world, Hassan finds herself having a deja vu moment. The socio-economic conditions laid bare by the pandemic is reminiscent of those at the height of the HIV/Aids pandemic.

Her experience taught her that it’s better to prepare early when a pandemic hits your shore. In response, Hassan has launched a new organisation focused specifically on the Covid-19 pandemic and its socio-economic injustices, the Health Justice Initiative(HJI). Hassan has once again called on the expertise of her fellow fighters in the fight for antiretrovirals, like Dr Linda-Gail Bekker, Dr Francois Venter, and Dr Shuaib Manjra who all sit on the advisory board.

“We are going through an unprecedented pandemic in the world. It’s my duty to try and shine the spotlight on the issues that are going to limit all of us getting access to the vaccine or treatment or testing because we’ve seen how this has played out before and if you don’t start preparing now for that then in 18 to 24 months, we don’t want to be last in line. That’s how we got to the point of the Health Justice Initiative.”

Hassan created the organisation to close the inequalities in accessing quality healthcare. Covid-19 has brought these inequalities to the fore, says Hassan. The pandemic will continue to influence public health for 10 to 15 years after the virus the coronavirus is cured.

As part of the HJI, Hassan also hosts a podcast called Access. Here  she explores elements such as patient rights, patent laws and possible future barriers that hinder the availability of a Covid-19 vaccine to the majority of the country. In her new role as podcaster, Hassan has interviewed guests like Dr Els Torreele, a medical innovation and access activist, Candice Sehoma, MSF South Africa’s treatment access advocacy officer, and Umunyana Rugege, human rights lawyer and head of Section27.

Like her work with HIV/Aids, Hassan says she will show government and business evidence on why it’s important to protect lives over preserving the economy.

“We need many voices to shine a spotlight on access and to provide the research and evidence, both to government and to business to say if you don’t address these issues in a sustainable meaningful way, you’re not going to have an economy to even talk about because everybody will be sick or dying,” she says.

For Hassan, this is only the beginning of another battle: ending inequality in healthcare and using the law to save lives and bring hope. – Health-e News