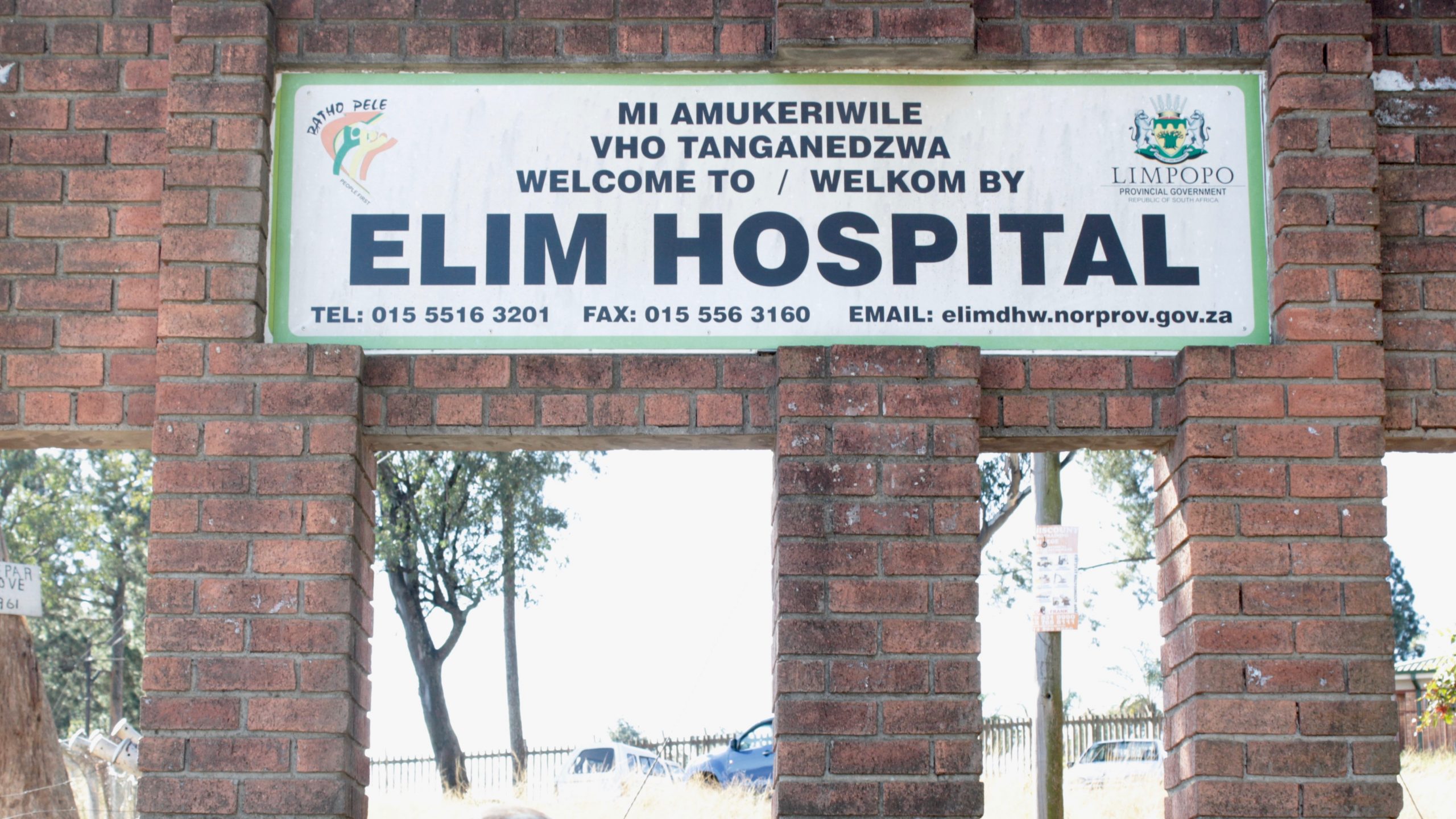 Elim Hospital in Limpopo is in crisis over water shortages. The municipality says illegal water connections have tampered with the hospital’s supply, but villagers blame poor service delivery.

The hospital is in crisis due to illegal connections in surrounding villages surrounding, said the Vhembe District Municipality spokesperson Matodzi Ralushai. Water is no longer reaching the facility, affecting the daily operation of Elim Hospital, which was first established in by Swiss missionaries in 1899.

Villages such as Mpheni, Shirly and Waterval have battled their own water shortages for years, despite their countless pleas for help. The Vhembe District Municipality is the sole water provider in the region. Desperate villagers have turned to illegal connections.

“People have illegally tampered with the main pipeline which is supposed to supply water to the hospital, and they have illegally connected their own lines. [This] is very wrong and people should stop doing that,” said Ralushai. “We will soon be removing all illegal water connections in the area and to also fix and repair some of the broken boreholes in the area to help address the water shortages.”

The municipality is meeting with traditional leaders from the Elim villages to find a solution, he said. In the meantime, the hospital has relied on water tankers provided by the municipality for the last few weeks.

Illegal connections are not only pervasive in Elim, said the spokesperson. The municipality says the water disruption around the Vhembe District Municipality are a matter of concern.

Service delivery for an essential service

Vicky Muvhali, a resident of Elim, says that while the shortages at the hospital are worrying, the municipality should shoulder the blam for poor service delivery.

“For many years the Vhembe District Municipality has failed to supply Elim residents with running water, the same way they have failed to repair a mere borehole. Though it is very wrong for residents to choose to connect water illegally, our municipality should also take the blame for failing to supply its people with water,” says Muvhali.

The spokesperson for the provincial Department of Health, Neil Shikwambana would not confirm which hospital services are currently being affected. The department said it will consult with the hospital’s CEO as to the extent of the problem.  Still,  Shikwambana stressed the importance of water for the effective running of any hospital.