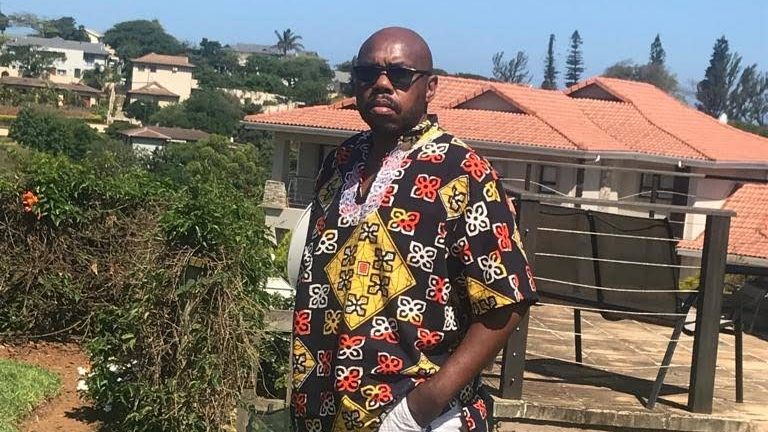 To mark World Stroke day, a father of three hopes his illness and resulting shift to a healthy lifestyle will inspire others to prevent strokes.

Lulamile Magadla overlooked the first warning sign of ill-health. Diagnosed with high blood pressure in 2011, he was hospitalised with what doctors believed was early kidney failure.

“That was a wakeup call, which I never took seriously,” he says.

It would take a stroke for Magadla to take his health seriously. Today, the father of three is dedicated to a healthy lifestyle after his life took a turn for the worst.

“Before I was diagnosed with stroke when I was 47-years old, I used to smoke a lot and drink alcohol and also eat any food I could come across, whether it was junk or a sugary drink, I did not care,” says Magadla. “But now I know the importance of having a healthy balanced diet. Maybe if I had applied this healthy habit from a very young age, I might have avoided a stroke.”

A stroke occurs when blood supply is cut off from the brain, starving brain cells of oxygen. This affects the stroke survivors’ ability to walk or speak. In the last four decades, the incidence of stroke has more than doubled in low- and middle-income countries like South Africa, according to the World Health Organisation (WHO). In low- and middle-income countries, 84% of stroke survivors die within three years.

Turning his life around

Magadla, now 51, promotes a healthy lifestyle, using his social media to chronicle his workouts. Originally from Mthatha in the Eastern Cape and now living in Randburg, Gauteng, Magadla also follows a strict diet of healthy food. He wants to inspire young people to develop healthy habits. Before this shift, Magadla says he did not understand that high blood pressure and an unhealthy lifestyle could lead to a stroke.

“People should learn from some of us who did not take eating healthy and regular exercise seriously,” he warns. “Not adhering to those two important aspects, one is forever exposed to several diseases such as stroke.”

Sundays we work coz churches are still close . Today’s session was hectic . The sun not helping . Looks like we might end up starting around 6 in future.

A healthy diet helps to protect against malnutrition in all its forms, which includes obesity and a lack of mineral and vitamins. A healthy diet also helps prevent non-communicable diseases, including diabetes, heart disease, cancer and stroke, according to the World Health Organisation (WHO).

“Unhealthy diet and lack of physical activity are leading global risks to health,” the says WHO.

Stroke not only affected Magadla’s physical health, it also impacted his emotional and mental health. The resulting disability also made it impossible for him to work, and Magadla must rely on a government disability grant.

“The stroke affected me and my family in a negative way as I also lost my job which was my source of income,” says Magadla. “I was also affected emotionally and I had to go for proper counselling in order to deal with a bad, short temper which I developed when I was diagnosed with stroke”.

Magadla’s family is instrumental in maintaining his new healthy lifestyle, especially his wife.

“Thanks to my wife who had been with me throughout this journey. She ensures that we as a family exercise regularly and also eat healthy meals all the times,” he says.

Stroke can be prevented by a healthy lifestyle and treating conditions such as high blood pressure, cholesterol and diabetes, according to the Heart and Stroke Foundation South Africa.

To mark World Stroke Day on 29 October, Magadla is launching a blog to share his journey to a healthy lifestyle. He hopes his own story will help educate others. — Health-e News