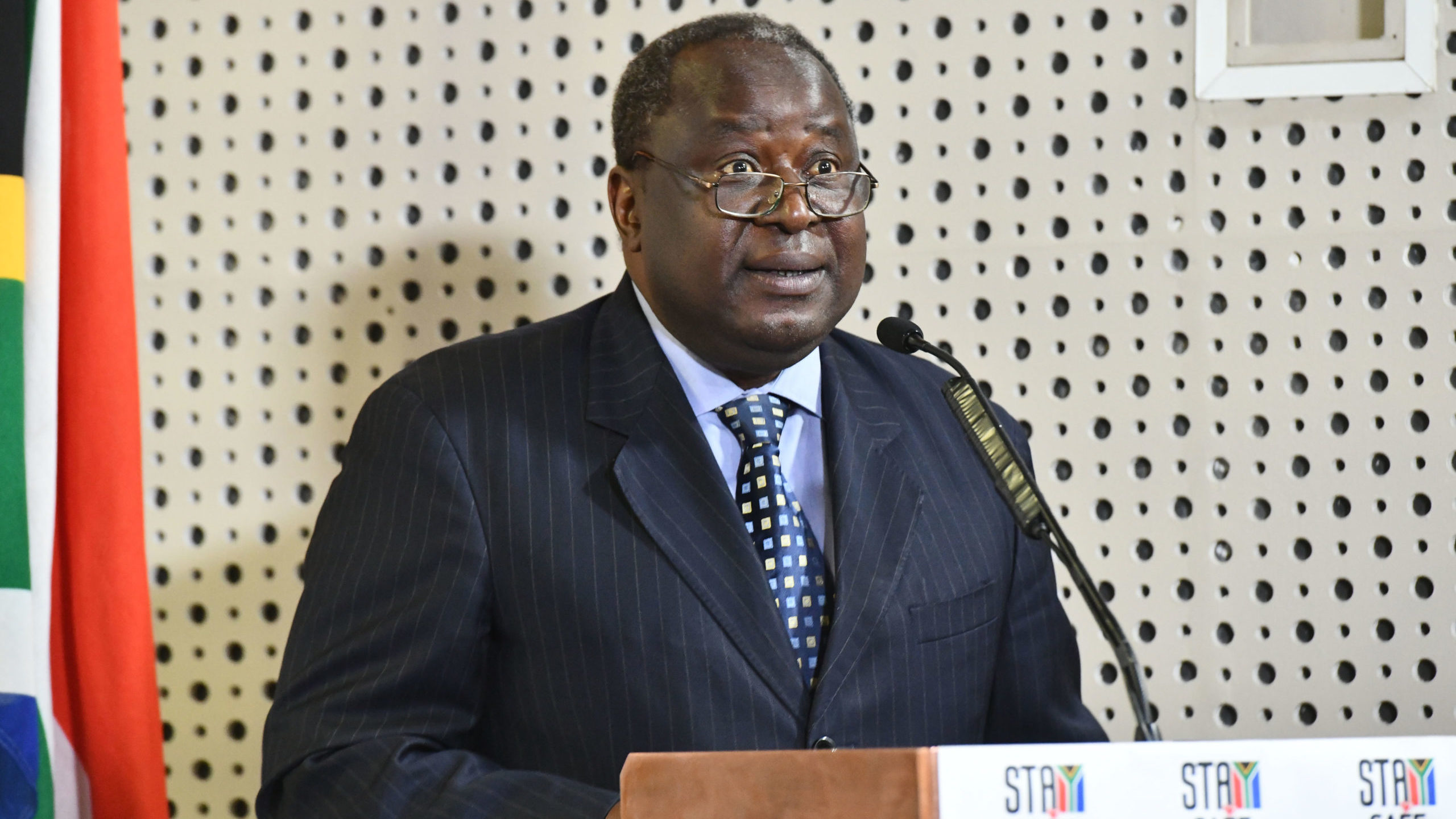 Much was expected from Mboweni's mid-term budget. (GCIS)

While Covid-19 has affected the economy, the pandemic has also presented important lessons. These are the key takeaways for the health sector.

The South African economy is also a victim of Covid-19, Minister of Finance Tito Mboweni said as he tabled the medium-term budget in parliament. The virus accelerated an economic deterioration that was already under way, he said. Its impact on the the country’s finances will be visible for years.

“We will not let this crisis go to waste,” the minister says. “We moved swiftly to save lives, with a massive public health response, supported by increased spending for frontline sectors, and relief for households and businesses.”

“We propose consolidated spending of R6.2 trillion over the 2021 Medium Term Expenditure Framework, of which R1.2 trillion goes to learning and culture, R978 billion to social development and R724 billion to health,” says the Minister.

As the pandemic impacts all sectors, Health-e looks at five the mid-term budget tells us about what’s happening in the healthcare sector.

One: Covid-19 funds and tenders

As part of the emergency response to Covid-19, Treasury eased normal tender regulations to speed up the delivery of health supplies. However, after a slew of corruption cases, Treasury had to halt this emergency regulation and return to the open tender system. The department of finance has also published details of all Covid-19-related procurement, including the names of companies awarded tenders.

“The Covid-19 pandemic has given rise to shameful and exploitative acts of corruption. This has overshadowed our collective achievements in saving lives and supporting livelihoods,” he says.

Treasury has collaborated with the Auditor-General to publish Preventative Control Guidelines, which provides a toolkit to identify fraud, corruption and misappropriation of funds.

In response to the pandemic, both national and provincial governments have governments reprioritised about R20 billion and allocated around R2.9 billion of new funding to the health sector for the 2020/21 financial year.

“The majority of health spending takes place at provincial level. Provinces are taking actions against those found to have been involved in corrupt practices,” Mboweni says.

Two: The future of the National Health Insurance (NHI)

The pandemic provided lessons for the NHI on public–private healthcare partnerships, particularly toward providing equitable access to healthcare services. Parliament is still considering the NHI bill before it can be passed. These parliamentary processes as well as capacity building by the national department of health have delayed implementation of the NHI.

The midterm document states that potential medico-legal claims increased from R97.4 billion in 2018/19 to R111.5 billion in 2019/20. These claims are the compensation patients receive for medical negligence in the public sector. The Eastern Cape has the highest number of claims, with 38% of the cases coming from the province. Treasury says that actual pay-outs declined from R2 billion to R1.7 billion.

Treasury has allocated R6.8 billion to the department of social services for the extension of the special Covid-19 social relief of distress grant. This extends the grant for three months until 31 January 2021. A further R6.8 billion has been slated for mitigating food insecurity and poverty. In addition, Treasury has allocated R1 billion for food relief to vulnerable households.

The civil service remains one of the largest budgetary items. The salaries of teachers, police officers, doctors and nurses account for a high proportion of their respective departments’ budgets.

The number of public servants has increased from 1.15 million to 1.33 million between 2006/07 and 2019/20. The healthcare sector has the chronic staff shortages, despite healthcare workers accounting for the fastest growth in public employment. The sector grew by 32% and is the only function in which the ratio of public servants to population rose.

“In April this year, government announced a major fiscal relief package of around R500 billion or 10 percent of GDP, including, …[m]ore than R30 billion for health and other frontline services,” Mboweni adds.

Treasury has budgeted R213.371 million for the appointment and training of community health workers and team leaders for HIV, TB, and malaria community outreach services. An added R180.2 million has been allocated for the appointment of enrolled assistance and auxiliary nurses in the statutory human resources, training and development grant. –Health-e News