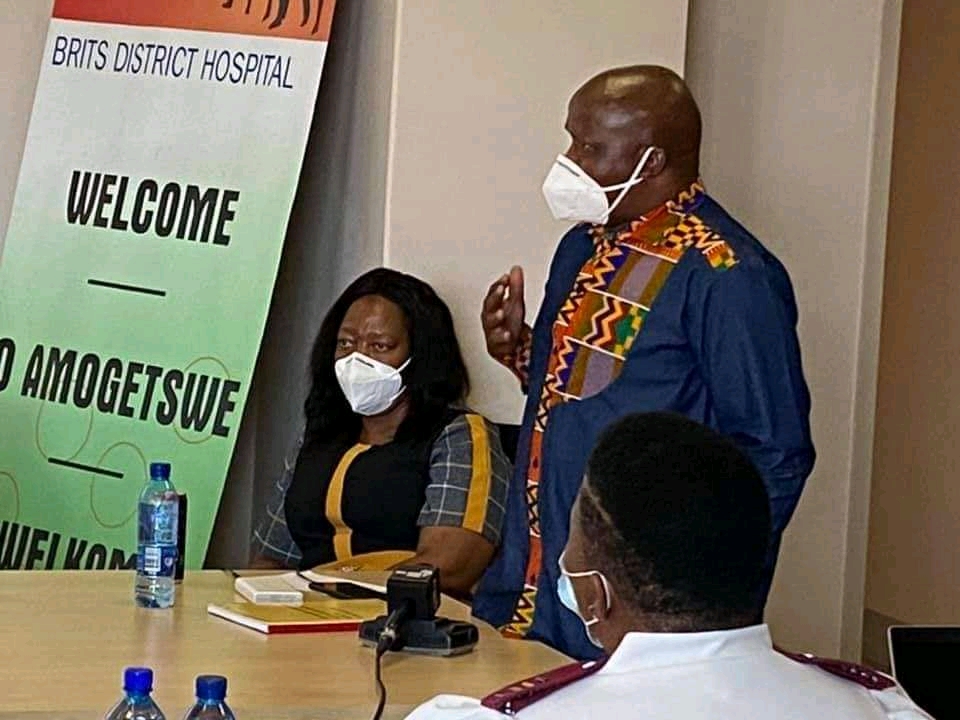 A video of patients sleeping on the floor at Brits District Hospital revealed the challenges at the hospital. Provincial authorities have now stepped in with the MEC apologising to patients as he calls for changes.

The North West Health Department is set to launch an independent investigation after a video made the rounds on social media, showing patients sleeping on the floor at Brits District Hospital’s casualty unit.

After a visit to the hospital, officials conceded that the images shown in the video clip are indeed a true reflection of the challenges the facility faces.

A report of the incident revealed that a patient with a history of an acute neurological disorder was brought to the hospital on 19 October 2020. The complainant said she waited up to three hours before health workers attended to her.

The patient and others in the casualty unit also sat on uncomfortable seats and slept on the floor for up to 16 hours. The report found that the care provided to the complainant and other patients was substandard. It also pointed out that the attitude of staffers was unacceptable.

“I must say I find the treatment of the complainant’s mother and other persons that were lying on the floor inhumane, unprofessional unacceptable and lacking empathy,” said , MEC Madoda Sambatha .

During his visit to the Brits District Hospital, the MEC said that staff members implicated in the incident will face disciplinary action.

“For that I must be upfront in saying that we apologise to the patients, the family, community and the rest of South Africa,” said Sambatha.

Today we Intervened at Brits District Hospital.
We have since this morning been taking reports about incident that…

Posted by Madoda Sambatha MEC for Health on Monday, 2 November 2020

A departmental team, led by MEC Sambatha, identified a number of key issues that contributed to the incident. These include poor infrastructure, clinical governance issues and weak quality assurance processes.

Leadership at the hospital was also an important challenge. The departmental team found that there is a gap in senior leadership. In response, provincial health authorities decided to fast track the appointment of senior managers at the hospital. These include filling the position of clinical, nursing and allied managers. The province is also speeding up the disciplinary hearing of the current CEO.

The MEC also instructed the hospital to set up visible communication channels to address public complaints and train staff on proper customer care.

The department also plans to conduct a staff satisfaction survey at the hospital, with the aim to extend this to other facilities in the province. —Health-e News