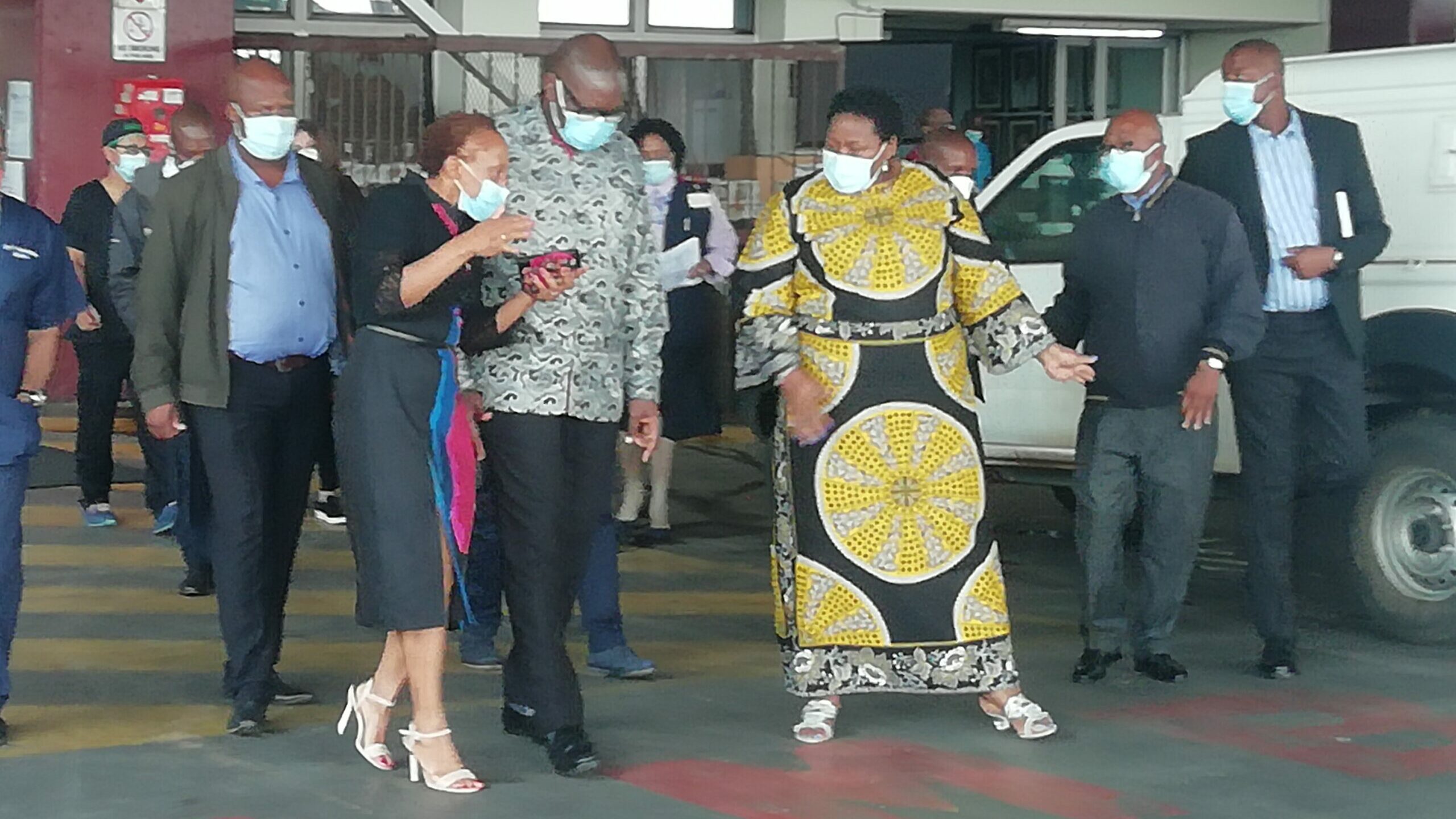 As Covid-19 infections strain facilities in Gauteng, Premier David Makhura visited the hospital at the centre of the struggle against the pandemic. The wave of infections also prompted officials to reopen field hospitals.

Gauteng Premier David Makhura has described the Steve Biko Academic Hospital in Tshwane “the eye of the storm of the second wave of infections.”

As Covid-19 infections strain facilities in Gauteng, the premier paid a visit to the struggling hospital on January 11. Makhura told journalists he was compelled to visit the overwhelmed hospital after disturbing social media images over the weekend. Social media users circulated photos of tents set up outside the hospital and filled with patients.

“The admission numbers in our hospitals have doubled everywhere in the last seven days,” said the premier. In December, the numbers were ranging from a hundred patients, now they are ranging above two hundred patients in various facilities.” 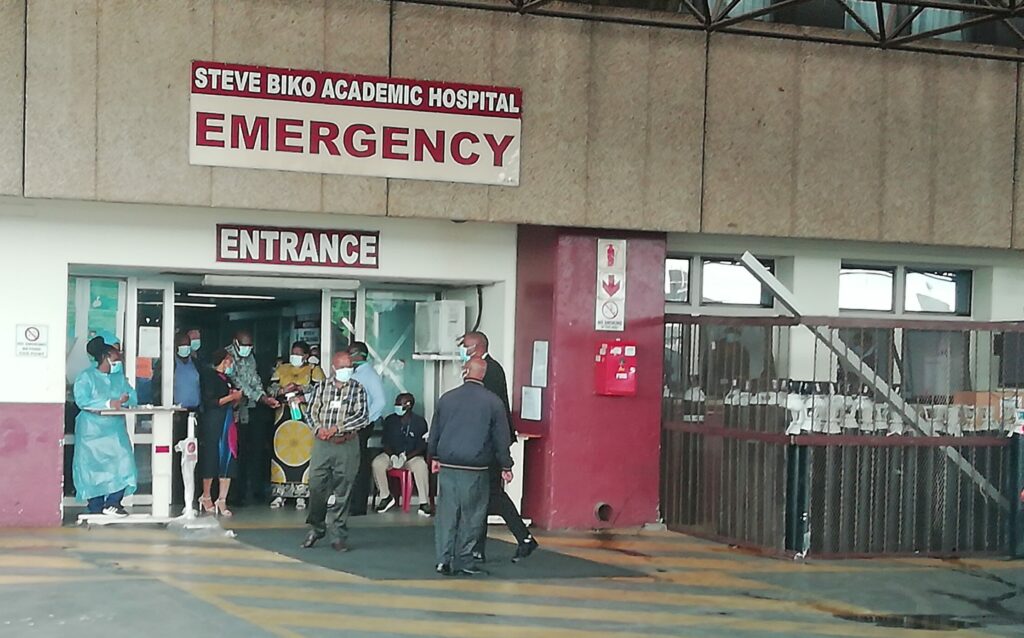 The daily infection rates is currently sitting just above the peak seen during the first wave of the virus, Makhura said.

“With regard to infections, we are just where we were at the peak of the first wave. Mid-July, the highest daily infection rate was at 6500,” said Makhura. “Currently, in just over three [to] four days, the infection rate has been between 6,200 up to 6,900. All models are telling us that the resurgence may be more than the first wave.”

This sharp rise has seen hospitals overwhelmed with an influx of patients needing emergency assistance. The images and video of Steve Biko

Premier @David_Makhura and MEC @DrMokgethi are at Steve Biko Academic Hospital. The facility is seeing a sharp increase in the number of patients since December, with some self referred from other provinces like North West, Mpumala nga and Limpopo. pic.twitter.com/0ciKGZsAcS

“Yes, we are under pressure but what is more worrying is that in the first wave, the people that were sick were elderly people and young people were recovering quickly and some were not having symptoms,” said Mathebula. “Now, the people that we are admitting are younger people and it’s worrying.”

Gauteng had 328,925 positive Covid-19 cases since the start of the pandemic, with 6,142 deaths and 276,998 recoveries. At present, Makhura said the province now has about 4,500 Covid-19 patients in both public and private hospitals. 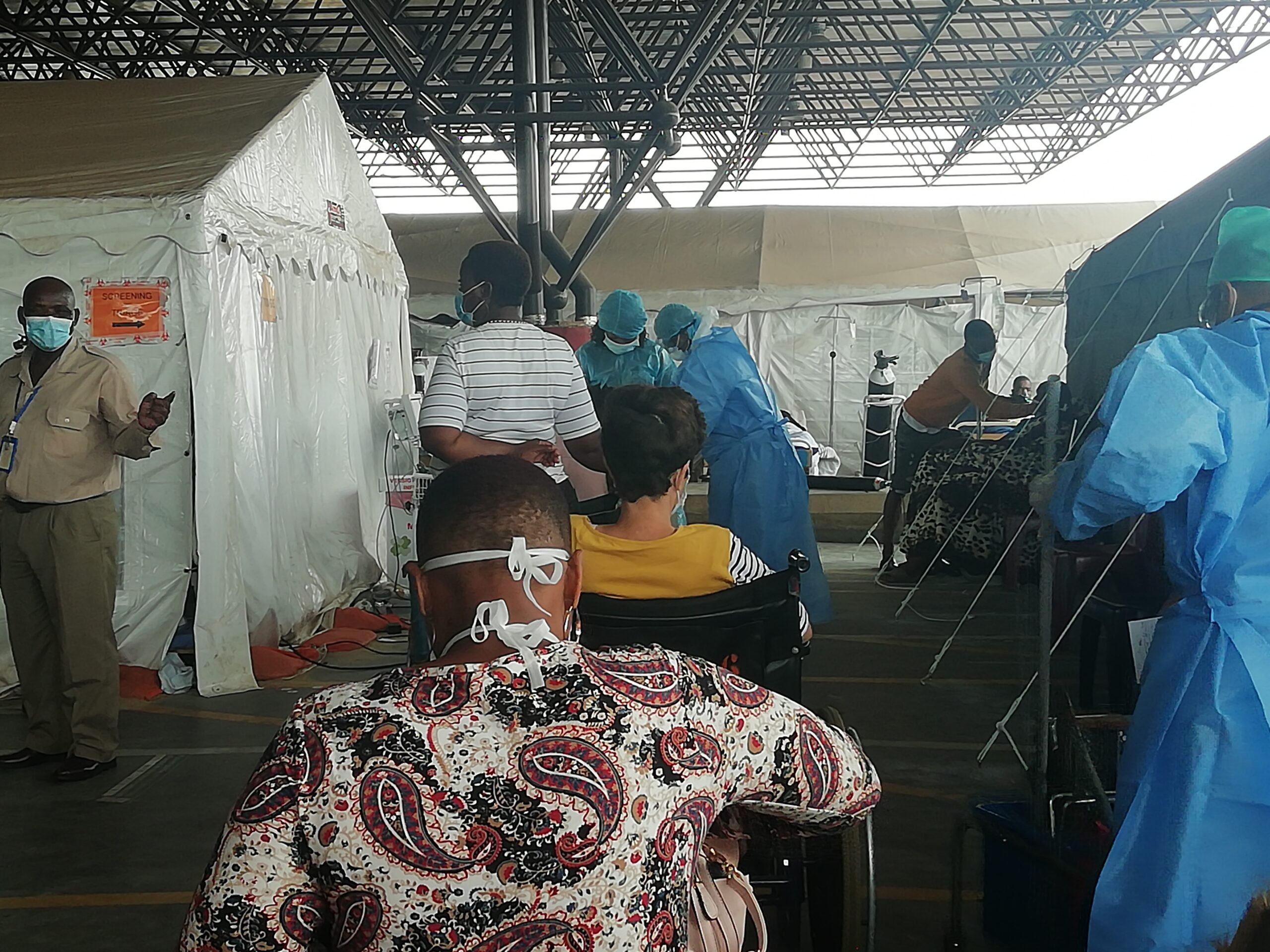 While scientists are still trying to understand the severity of the new Covid-19 strain, provincial officials are working on increasing resources. There are now moves to retain the services of nurses and allied health professionals whose contracts would be ending in March, as well as plans to increase the number of beds at field hospitals.

“One of the things that we are doing is that we are going back to Nasrec,” said Makhura. “In two days we will be able to add another 500 beds, which will have oxygen.”

During the first wave of infections, the Nasrec field hospital had a thousand beds but downscaled as admissions decreased, added Makhura.

The infection rate in Gauteng continues to peak, with the province’s daily infections topping 6,000.

“As we speak, we’re just where we were at the peak of the first wave and we’re surpassing it because the new variant is more infectious,” Makhura added.

The province is also upping the number of facilities known as “fever tents.”

“These are the people who have to come here, test and wait for their results and the decision of what care they need gets taken afterwards,” Kekana explained.

Along with the new variant, one of the key suspected drivers of the new surge is large gathering like the Matric Rage party that took place in Ballito late last year. A large number of those students contracted the virus have returned home to Tshwane. Many Gauteng residents are also returning from celebrating the festive season in other provinces.—Health-e News