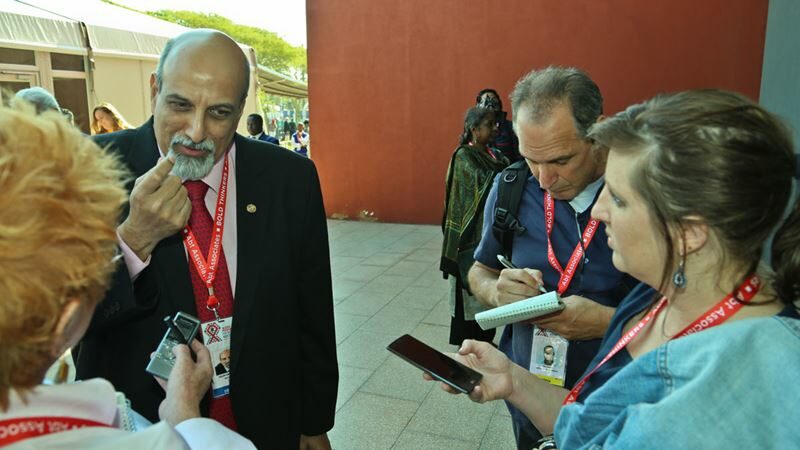 As he steps down from the country’s national COVID-19 advisory committee, Professor Abdool Karim says government has set a ‘new standard of transparency’ in its communication over the vaccine acquisition process. Karim also dismissed rumours that he was leaving the committee over professional differences.

Outgoing chairman of the COVID-19 Ministerial Advisory Committee Professor Abdool Karim said the South African government has been “very open” about acquiring vaccines for the national rollout. Instead, Karim has urged the nation to trust the government’s COVID-19 vaccine rollout.

“I understand it’s citizens’ democratic right to demand transparency, especially regarding such important and urgent matters which affect our nation, but to say that the South African government is not being transparent about the acquisition and rollout of COVID-19 vaccines is not true and is unfair,” the world renowned scientist told Health-e News in an interview.

“Instead, government has set up a new standard of transparency. I don’t know of any other disease where the Minister (of Health) has gone on all media platforms on a weekly basis to brief the nation about what it’s doing to combat the pandemic. For me that’s transparency.”

Civil society and members of the public have criticised South Africa’s vaccine acquisition, from the purchase of AstraZeneca vaccines to the slow rollout of the Johnson and Johnson vaccine. Activists have also called on the government to be more transparent about vaccine purchases, decrying the non-disclosure agreements between governments and vaccine manufacturers which have prevented the ministry from sharing much detail.

“The criticism is unfair,” said Karim, who was one of Health Minister Zweli Mkhize’s top advisors on the pandemic. “Of course there are certain details of vaccine acquisition entered into between the government and the manufacturers which cannot be divulged because of contractual agreements.”

Karim said the non-disclosure of certain contractual agreement information did not only pertain to South Africa, but to all countries around the world. He lamented that about 90% of vaccines were going to rich countries, adding that this trend continues to date.

“There is no equity and we are experiencing this in our country. We have to balance this against realistic and unrealistic expectations,” he said.

Returning to focus on the other pandemic

“Am glad that government accepted my request and now I will focus on HIV and AIDS,”  Karim said of his decision to step down from committee. Karim announced his decision to leave the council at the end of last month, saying he wanted to shift focus from COVID-19 to HIV. He will now return to his work as director of the Centre for the AIDS Program of Research in South Africa (CAPRISA).

“As you are aware both diseases are pandemics and they each don’t require divided attention. Each one of them need full-time attention and so I had no choice but to go back to my Aids research programme,” said Karim, who is also Pro Vice-Chancellor in Research at the University of KwaZulu-Natal.

The man affectionately known as ‘Slim’ paid tribute to the “very competent” team of scientists who will carry on as the advisory committee.

“I had a wonderful relationship with my colleagues at the ministerial advisory committee. They are all top class scientists who take their tasks seriously, and research wise I don’t think I will be missed,” he said.

Karim also described his successor, Professor Kholeka Mlisana, as one of the country’s leading scientists.

“I have worked with her and researched with her. She is a competent scientist. I will continue to be available on an ad hoc basis.”

He also dispelled rumours that he left the advisory committee over professional differences with some of his colleagues.

“It was a very difficult decision to make but it had to be made. Remember I am still involved in the AIDS and HIV research programme—another battle which still has not been won, and so I have to get back to that project as it needs full time attention, not part time,” he said.—Health-e News