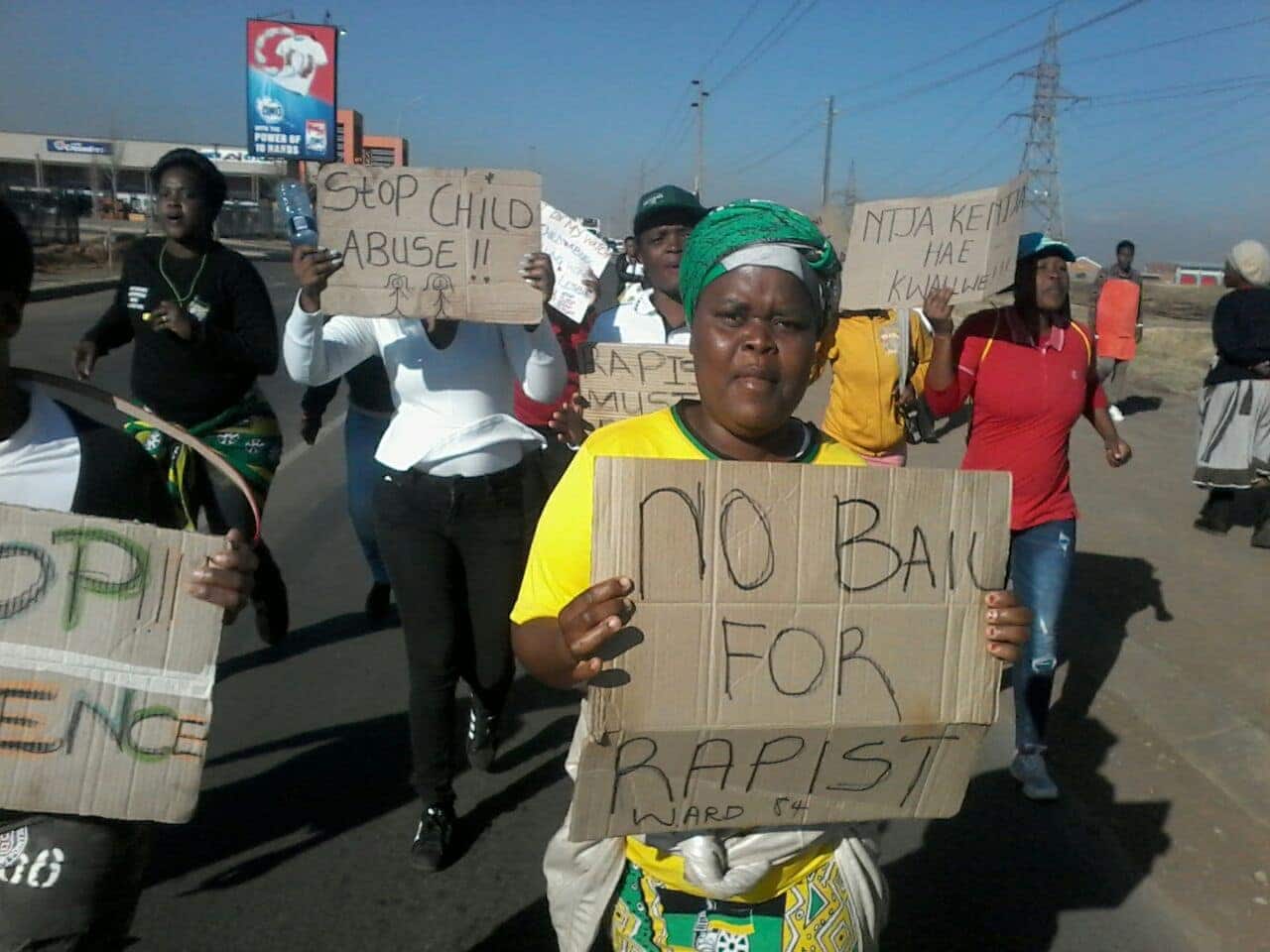 A 44-year-old man is expected to appear for a formal bail application at the Brits Magistrate’s Court on 2 June for the alleged rape of four minors.

North West: Man arrested for alleged rape of four minors including his granddaughter

The incidents occured at Maboloka Village outside Brits.

North West police spokesperson, Captain Aafje Botma said last week Wednesday, a girl (17) informed her teacher at school that her grandfather allegedly raped her and this has been happening since she was in grade two.

“Three of the victims, aged nine and 17 who are sisters and their [eight-year-old] cousin had been staying with family, including their grandfather. Furthermore, the mother of a girl (14), who is a neighbour also alleged that her daughter was also raped by the suspect,” he said.

Botma said police will continue to work hard to ensure that perpetrators are brought to book.

‘No bail’ for suspect

The South African National Civic Organisation in the North West has called for ‘no bail’ for the 44-year-old man.

Provincial chairperson of the civic organisation, Paul Sebegoe welcomed the swift arrest of the suspect and condemned the horrendous crime in the strongest terms.

“There is no place in our society for perpetrators of GBV and those who commit such atrocious and heinous crimes against the most vulnerable in our communities. Heartless monsters must be locked up and the key thrown into the deepest sea,” said Sebegoe.

Sebegoe commended efforts to link the alleged perpetrator to other possible crimes against two more children and appealed for protection of children against the scourge of GBV.

“No stone must be left unturned because the victims deserve justice for lifelong physical, emotional and psychological trauma they have suffered,” he said.

While releasing the quarterly crime statistics this month, Police Minister General Bheki Cele said sexual violence is ‘shameful’. Over 9,500 rape cases were reported between January and March this year. Cele said over 4000 of these rapes took place at the home of the victim or alleged rapist.

According to the South African Police Service (SAPS), 42% of dockets for crimes committed against women and children that had been outstanding for over a year have now been finalised. The SAPS is also hiring more forensic analysts to work through the backlog in their labs.

The Grace Help Centre is a faith-based non-profit organisation that has been in operation for over 20 years in Mooinooi near Rustenburg.

The Centre’s Rina van der Berg said they offer shelter, counselling and food to women and children who are survivors of abuse. She said they also offer abandoned babies a home.

While the rhetoric around abuse and gender-based violence is often inaccurately misattributed to strangers being the primary perpetrators of abuse and sexual violence, van der Berg said that, during the lockdown period, there has been an increase in the number of children and teenagers raped and abused by close family members.

“An unusual number of teenagers who were raped by uncles and cousins have also been brought to me by the police. It is really sad because these are the people who are supposed to be taking care of these kids, but instead they are hurting them.” – Health-e News