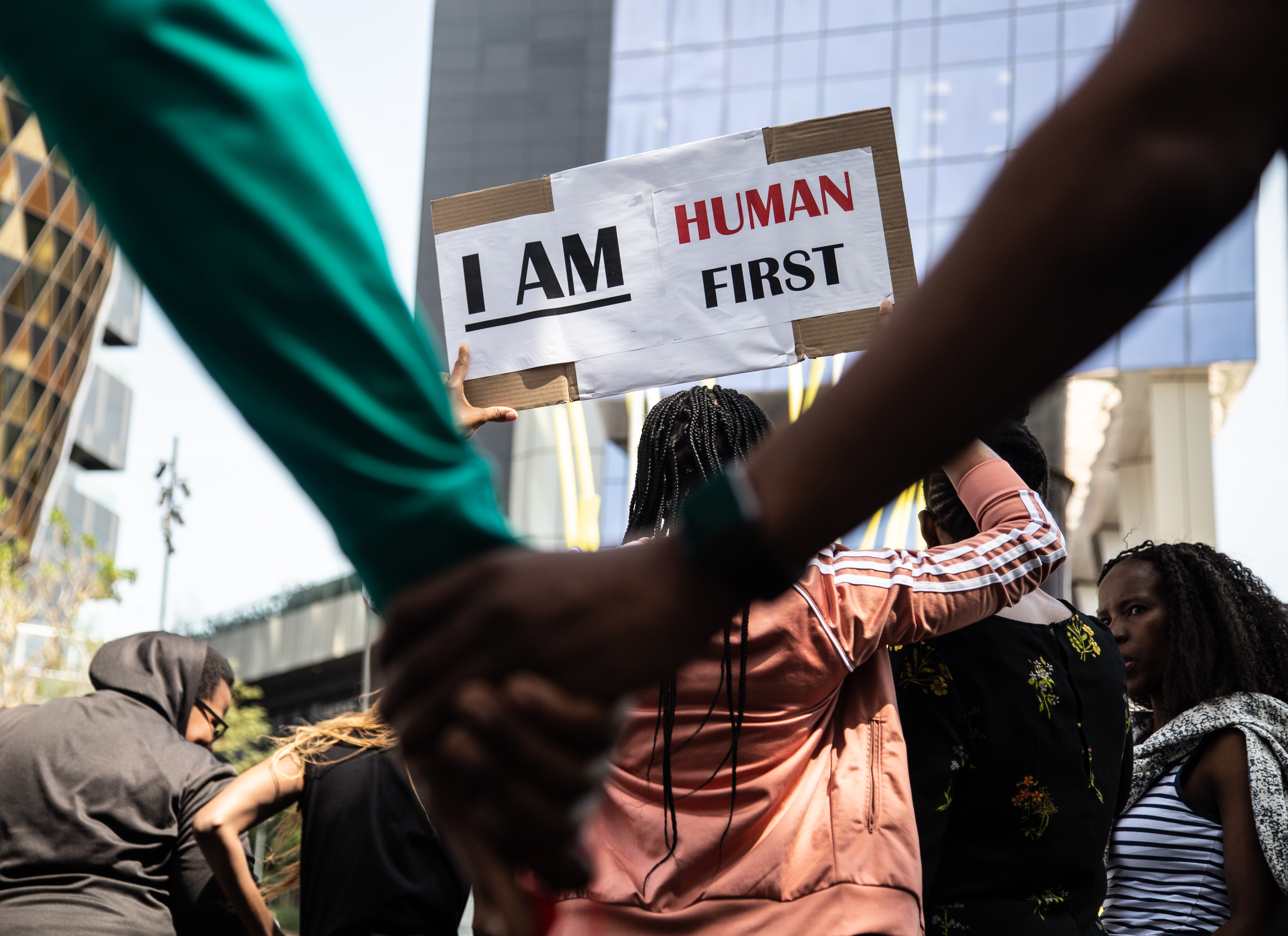 The Pan-Africa desk seeks to unite Africans and advance human rights on the continent.

To mark its fourth anniversary since it was founded, local movement #NotInMyName international has launched its Pan-Africa desk which will focus on uniting Africans in fighting for the advancement of human rights.

Along with adding their voice in calls for peace on the continent, the desk will also advocate strongly for ending gender-based violence (GBV) and femicide, while fighting for gender equality.

Founder and president of the #NotInMyName campaign Siyabulela Jentile said that the establishment of the desk was a response to growing calls for the movement to expand their reach beyond the South African borders.

“Since we started this movement we have had people who were not necessarily South African by birth or citizenship who had seen a need in their respective countries and that they need something like this to address the needs specific to their countries. Human rights are human rights issues whether in or outside of South Africa,” said Jentile.

The desk will be led by people who are not South African. And Jentile said that this was to allow them to tell their own stories with support from #NotInMyName.

The organisation has over the years formed partnerships and alliances with individuals and organisations from other African countries and the launch of the desk is a move to show its commitment towards a united Africa.

“I think it’s a great moment and it is the right time for Africans to unite and most importantly to assist in different issues,” said head of the Pan-African desk at #NotInMyName, Alex Mpundu from the Democratic Republic of Congo.

Mpundu said that women empowerment and ending GBV would be among the priorities that his desk would be focusing on.

“The issue has always been the lack of women leadership on the African continent and we need to make sure that we empower women, and we cut of this evil of GBV. That’s why we are pushing the Pan-African desk, to educate our women, our men and our children, that we are all equal and we all can do better,” added Mpundu.

Women and children remained disenfranchised not just in South Africa but on the rest of the continent, something that the organisation regards as a violation to the human rights of women.

And their rights to bodily autonomy and access to sexual and reproductive health services remain unmet in some parts of the continent.

And adolescents in sub-Saharan Africa bore most of the brunt, where by the year 2030, over 50% of the world’s young women with unmet needs for family planning services will be located in the regoin.

Keitumetse Fatima la Moutloatse, the founder of Black Womxn Caucus said that the formation of the desk was a historical move which she hoped would provide a deliberate approach to a feminist agenda.

“What #NotInMyName has done is quite historical, we have seen historically that political parties that have been at the forefront of the Pan-Africanist agenda but to see civil society take up the baton and really bring out a progressive and alternative voice to this issue is admirable,” said Moutloatse.

“The fact that the burden of poverty and unemployment still remains and still lies solely on women, particularly Black, African women’s backs is a problem. More often we see that people measure development as an ungendered process but it is extremely gendered, it is intentional and it requires us to make those kinds of concessions from the onset,” added Moutloatse.

Jentile said that “women’s rights were human rights” and needed to be recognised as such.

“So they must tackle them as any other human right but these are very important human rights because women are human, and that is the context in which we need to start addressing social, economic and political injustices fully realising that a violation of women’s rights is also a violation of human rights,” added Jentile.

“We have in the past worked with human rights champions in the different communities. We are also rolling out our programme of establishing a network of human rights champions in Gauteng because it is important that communities own the message that human rights is for all, we embrace human rights principles, we all embed the culture of human rights and we see #NotInMyName international as a partner in fighting with scourge of xenophobic violence…. And we are hoping that through their interventions and working with us, we’ll be able to collaboratively address some of the social challenges,” said Jones. – Health-e News