2nd June 2021 | Marcia Zali
which is a part of Child Protection Month runs from the 30th of May to 4th of June. (Photo by Julie Ricard on Unsplash)

Protecting all children living in South Africa is a top priority for this year’s Child Protection Week. It was launched under the theme “Let us all protect children during and beyond Covid-19”. The launch included the voices of children from across all nine provinces, with a special focus on child migrants.

According to the United Nations Children’s Fund, UNICEF,  one in four migrants who are living in South Africa are children, that’s about 642 000 migrant and refugee children estimated to be living in the country.

Deputy Minister of Social Development Henrietta Bogopane-Zulu emphasised the importance of ensuring that undocumented child migrants who are in the country either as refugees, asylum seekers or were born in South Africa to migrant women, are documented.

“As we launch child protection week, one of the most important campaigns we as Social Development need to drive, together with Home Affairs and Health, is to educate foreign women of the importance of that piece of paper [recognition of birth document] because that child remains stateless until such time the holder of the recognition of birth document can put the child in the population register,” said Bogopane-Zulu.

Migrant children who were placed under the care of social welfare in the form of foster care, places of safety or diversion programmes for child offenders shared their experiences.

John from Rwanda fled from the genocide in his country in 1994. He arrived in South Africa in 2008 at the age of 17, after having lived in Tanzania and Malawi.

“It was during the xenophobic attacks and luckily one of the social workers took me to Kids Haven. Upon arriving to Kids Haven, I got the opportunity to go to school, complete my matric and I got a bursary where I studied youth development through the University of South Africa,” he said. John now works at Kids Haven in their aftercare programme.

Chad, who hails from Uganda, has experienced struggles with getting documented. “I came to South Africa when I was 16 years old. I came with my passport, but when we got to the border they said we needed to have a birth certificate [and a] parent affidavit,” he explained.

He was then taken to the DSD where he was placed at Kids Haven while his documents were being processed. Two years later, his documentation has still not been finalised.

Ensuring the wellbeing of all children living in South Africa

The deputy minister also said that it was important to ensure that in protecting and providing migrant children with services, South African children were not neglected from receiving the same protection and provision. She said the Department of Social Development is ensuring that resources are shared equitably.

“As we roll-out services for this category of children, we also need to ensure that we do not create anarchy and unhappiness amongst the children of South Africa because it is this bitterness that leads us to phobic (xenophobia and Afro-phobia) attacks and high levels of intolerance,” Bogopane-Zulu explained.

The department has partnered with non-governmental organisations to promote the safety and well-being of all children living in South Africa. They also noted the progress made over the years to protect children from abuse, neglect, exploitation, ill-treatment and other forms of situations that left children vulnerable.

Another issue of concern raised at the launch was the vulnerability of children online. In the time of Covid-19, a lot of learning has had to be done online and sometimes without the supervision of parents.  Children were then left exposed to cyber bullying, pornography and content which is not suitable for their consumption.

Mpho Mosia was jailed for gender-based violence. He tells Health-e News how prison helped him work through his anger.

In this personal account, journalist Karyn Maughan explains how the Covid-19 outbreak “has powerfully illustrated how deadly the poor management of diabetes can be.”

Relatives of mentally ill loved ones protested last week, saying their family members are not doing well since they were discharged from Life Esidimeni’s psychiatric hospitals. 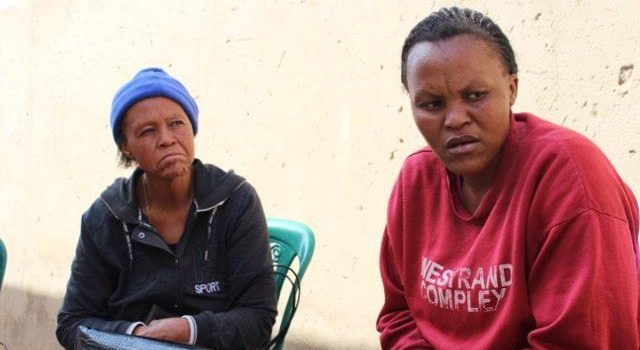