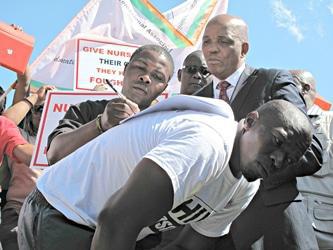 The Special Investigations Unit (SIU) has expressed concerns over lack of action from the Eastern Cape provincial government after it ordered action against officials implicated in the R10-million Ambulance Scooters Project.

The Special Investigations Unit (SIU) has expressed concerns over lack of action from the Eastern Cape provincial government after it ordered action against officials implicated in the R10-million Ambulance Scooters Project.

Presenting its progress report on PPE corruption investigations to Parliament’s Standing Committee on Public Accounts (Scopa), the SIU said despite its recommendations that disciplinary action be taken against former provincial health superintendent Dr Thobile Mbengashe for his role in the acquisition of the infamous scooters, nothing has happened to date. Dr Mbengashe and three other senior department officials were implicated in the scandal.

After being contacted by Health-e News, the Eastern Cape Premier’s Office said it had taken note of the SIU’s concerns. It said it was in the already in the process of taking action against Dr Mbengashe and the others involved. “The Premier welcomes the findings of the SIU. He is pleased that there was no money lost as advised by the SIU. Dr Mbengashe will be put on DC (Disciplinary Committee) hearing and the process will be followed to the latter,” replied  Mxolisi Spondo, acting spokesperson of the Premier Oscar Mabuyane.

When the matter of the alleged corruption in the scooters tender surfaced, the Eastern Cape provincial government stopped the contract before any payments were made.

But, the provincial government did not deal with all those involved in the awarding of the tender.

The Eastern Cape health department acquired the scooters at a cost of R10 million without proper tender processes being followed. At the time, the department said the scooters would be used to access rural communities and many of the hard to reach areas in the province.

Earlier this year, provincial health MEC Sindiswa Gomba was fired from her post, for her alleged role in the Nelson Mandela funeral fraud case. Gomba was also implicated in the ambulance scooter scandal. But, Dr Mbengashe is still in the employ of the provincial government. He is currently working in the premier’s office as an advisor.

Increase in the number of COVID-19 infections

The most affected districts are the Bay, Buffalo City, Joe Gqabi, Sarah Baartman and Chris Hani, each reporting over five cases for every 100 000 people. “There has been a rapid increase in the number of active cases in these five districts,” the report said.

As of 02 June 2021, the national health department reported over one million vaccinations. More than 637 800 people had received their first dose of the Pfizer jab. The rest were health workers who were given the one-shot Johnson and Johnson vaccine.

Eastern Cape Health MEC Nomakhosazana Meth, has warned that the department might not be able to reach every elderly person, requesting those who can help to alleviate this situation to come forward and help. “Those of us with access to internet should come forward and help in the registration of the elderly,” said Meth. – Health-e News