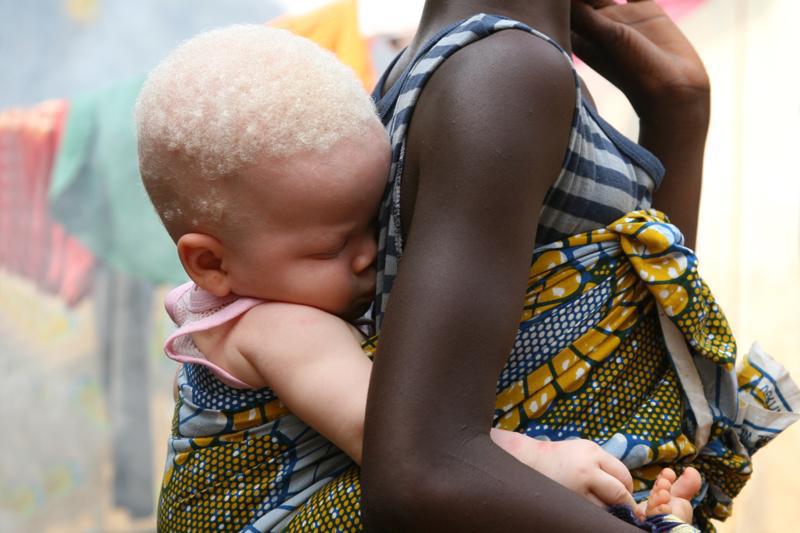 The needs of people living with albinism are not taken seriously including by healthcare providers writes Innocentia Mgijima Konopi and Aldridge Munyoro this Albinism Awareness Day.

It’s close to two years since the outgoing United Nation Independent Expert on albinism Ms Ikponwosa Ero visited South Africa to assess the human rights situation of persons with albinism in the country.

In her report to the Human Rights Council in which she reflects on the findings from her visit, Ms Ero raised a number of concerns regarding access to health services and products by persons with albinism in the country.

She highlighted amongst others the inconsistencies in the availability of sunscreen lotions in public hospitals, the fact that many mothers of children with albinism left the hospital after the birth of the child without adequate information about albinism and the health needs of their child and the absence of community based psychosocial support and counselling for persons with albinism grappling with the constant stigma and discrimination from society.

From all indications, her findings and recommendations sit somewhere in government archives gathering dust.

In a recent interview, Siphokazi* the mother of a 12-year-old girl with albinism from the Northern Cape relayed her struggle to get sunscreen for her daughter.

Her local clinic often does not have it in stock. When they do, she is only given a limited supply which does not last until the next appointment. When she goes back to request more sunscreen lotion because it has run out the nurses refuse to give her because it is not her appointment date.

Many persons with albinism reportedly work in jobs that repeatedly expose them to the harmful effects of the sun amplifying the risk. In rural areas persons with albinism often have to travel long distances in the sun to reach supply points. This situation is much worse during the COVID-19 pandemic. Tshepo, a 20-year man from Tembisa narrated his struggle of selling tomatoes in the streets after he lost his job due to the effects of COVID-19. Tshepo painfully described the long hours of exposure to the sun and his inability to access sunscreen lotion during this period because of the COVID-19 lockdowns.

Ms Ero stressed in her report the need for the South African government to ensure quality sunscreen is available and accessible in all provinces paying particular attention to rural areas in order to reduce the risk of skin cancer among persons with albinism. She also encouraged the government to scale its provision of “care packs” which include sun protective clothing and sunglasses to all poor communities which have systemic barriers to accessing goods and services. She called on government to facilitate training of more dermatologists particularly on the subjects of skin cancer prevention and treatment, to include skin cancer as a priority in the national cancer strategy and support and extend the reach of early intervention and detection programmes for skin cancer to all provinces, paying attention to rural and isolated areas. These calls are still to be headed.

Research shows that many mothers of children with albinism in South Africa continue to experience stigmatising attitudes and behaviours by healthcare providers, especially at the time of birth; a lack of access to timely quality health services for their children, in particular skin and eye care; and a lack of health-related education about the cause and care of albinism.

Midwives who are often the first contact with babies with albinism sometimes lack the knowledge to provide sound advice on albinism.

Busisiwe a mother to two children with albinism from Soweto said the midwives who attended to her during the birth of her first child with albinism told her very little about the condition and how to take care of her child. She returned home afraid not even sure if what soap she could use to bath the child. In some case health professionals repeat prevailing myths and give parents erroneous information. Some mothers have reportedly been informed their child would eventually go blind.

Access to information is also a huge concern amongst young people with albinism. Matome 23-year-old woman from eNdofela narrated that she only got to know about sunscreen lotion at the age of 20. By then, she had already experienced the onset of skin cancer. Therefore, access to information is also a prevalent concern for young people with albinism

As South Africa joins the world in celebrating International Albinism Awareness Day we call South Africa’s National Department of Health to urgently put in place concrete measures to address these urgent issues raised and ensure health equity for persons with albinism in the country. – Health-e News

Innocentia Mgijima Konopi is a human rights lawyer. Aldridge Munyoro is a social worker, and PhD candidate at Wits University.

Both are Atlantic Tekano Fellows for Health Equity, working to raise awareness about albinism.