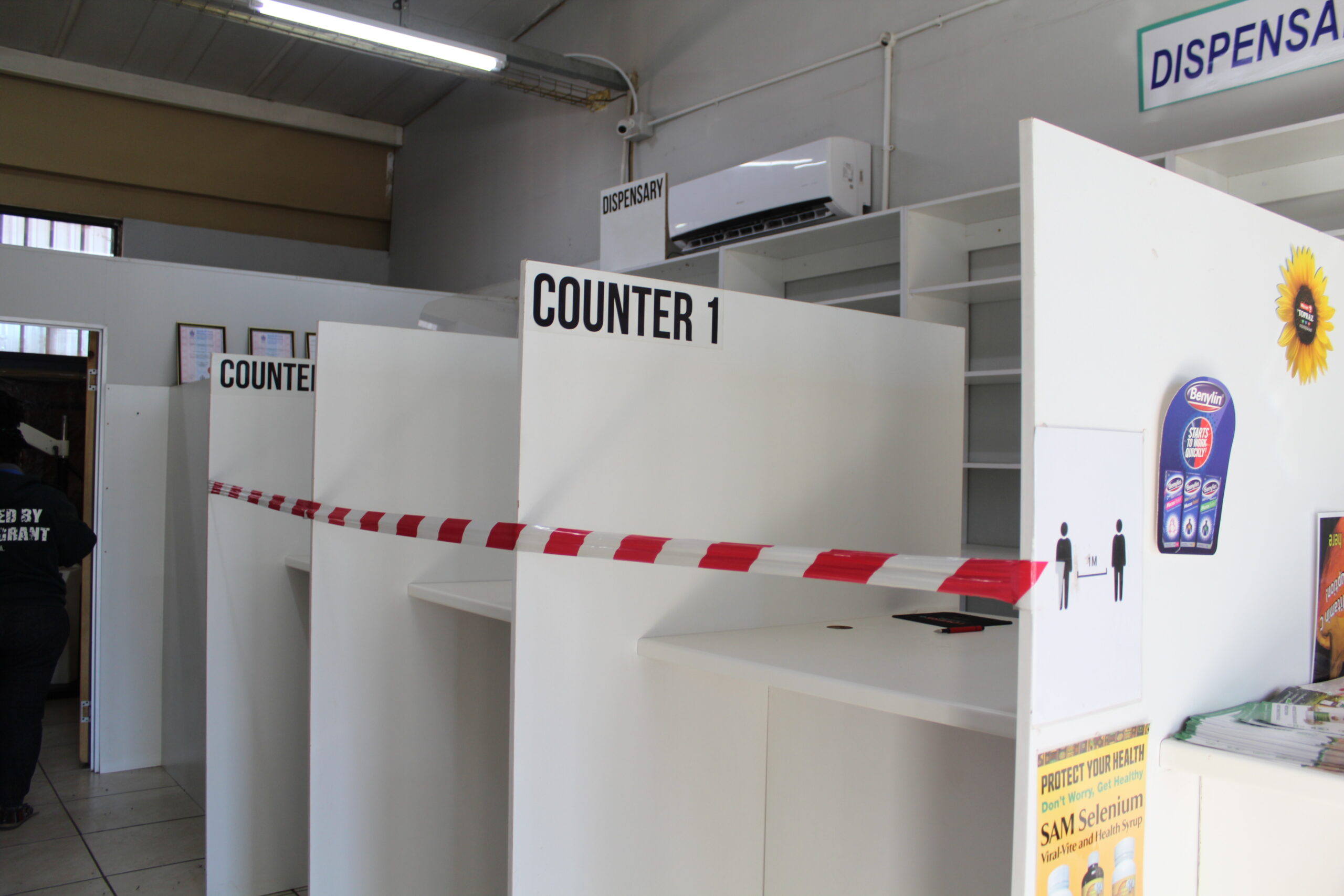 The riots in Gauteng and KZN have hit health facilities hard.

Hospitals and clinics in South Africa’s hardest hit provinces are picking up the pieces following the riots that saw the vandalising and looting of health facilities earlier this week, which has left many of them running out of medical supplies and having to deal with staff member shortages.  On top of this, COVID-19 vaccination sites have also grounded to a halt in affected areas in KwaZulu-Natal and Gauteng.

A healthcare worker from the Bertha Gxowa Hosptial in Germiston on the East Rand said the riots situation has spiralled out of control as she and her colleagues try and deal with the current COVID-19 third wave.

“We have been extremely affected and we’re feeling the backlash of the violence. Some nurses, cleaning and administration staff are still not able to come to work because of no public transport,” she explained.

She also noted that there has been an increase in casualty admissions with assaulted patients seeking immediate attention.

“It’s difficult because we are still dealing with the third wave and COVID-19 patients who require medical attention.  The absenteeism has affected the quality care we can provide to patients because instead of having five nurses on a shift covering the floor, we have to cope with two,” added the healthcare worker.

Meanwhile, the Democratic Nursing Organisation of South Africa (DENOSA), is engaging with the Department of Health on how to manage the circumstances surrounding healthcare workers who are forced to take leave and others who have been affected by the violence.

“One of the matters up for discussion is that the forced leave includes payment which will save their livelihoods and enable them to fulfil their duties,” said Bongani Mazibuko, DENOSA’s Provincial Secretary.

The looming shortage of food for both workers and patients is a chilling prospect facing affected health facilities.

Mazibuko confirmed that a number of their members from Ekurhuleni and areas in Soweto have reported that they are unable to go to work and have run out of places to buy food with many of the shops still closed or destroyed.

He said it was difficult to assess the damage with healthcare workers reporting challenges on a daily basis, some at home, others in operating clinics.

What really concerns him are the community members who have been left stranded with several clinics and pharmacies affected.

“The closure of stores has prevented them from collecting their chronic medication and they’ve been unable to eat something before taking their pills,” said Mazibuko, who along with the rest of his DENOSA team, will visit the affected areas in order to do proper assessments.

Riots: Vaccination sites at a “standstill”

The National Union of Public Service Allied Workers (NUPSAW) is concerned that the COVID-19 vaccination rollout has come to a “standstill” with several sites having to shut down this week.

Worryingly, hospitals and clinics are on the brink as this latest catastrophe takes hold of healthcare facilities, already fragile almost a year and a half since the virus hit local shores.

“The lack of access to treatment, medicines, oxygen, food and essential supplies continues to endanger the lives of patients. Ambulances and clinics have been attacked and some services have been suspended. The crisis amid a COVID third wave has worsened both,” said  NUPSAW Communications Officer, Kagiso Nyaku.

Nyaku remains hopeful that these healthcare workers will be rewarded for the huge sacrifices they’ve made.

“We are currently consulting with the Public Sector Bargaining Co-ordinating Council so that the government can appreciate these workers by making them an offer which is equivalent to the services they provide,” said Nyaku.

The Health Department is concerned about the illegal sale of looted medication and medical supplies to members of the public.

In a media statement, the department warned people not to buy any medicines offered for sale by anyone other than registered medical practitioners, pharmacies or hospitals, and to report any attempted sale to the SAPS immediately.

“Stolen or improperly dispensed medicines are extremely dangerous as they may not have been stored properly, may be contaminated or may cause dangerous side,” read the statement published on Tuesday.

According to a Soweto resident, the selling of medicine on the streets is nothing new.

*Mayakhe Ludidi, from Soweto, said he has heard rumours of people selling medicine in the street, but it is nothing new.

“I don’t know much about it but I’ve heard of pills being sold in the street for a while, whether it’s for headaches or other things,” said *Mayakhe Ludidi.

Ludidi mentioned that his main concern is having to travel further to get tested for HIV after health facilities at Jabulani Mall were destroyed and his nearby clinic was closed.

“I tried going to get a test two months ago and experienced a hard time with the nurses. They made light of my situation and commented on how we are in the middle of a pandemic and I’m here for a test. So I went home and postponed it because I was still in the three-month window period anyway. And now I’m going to have to pay for a taxi or two to get to another clinic,” said Ludidi. – Health-e News