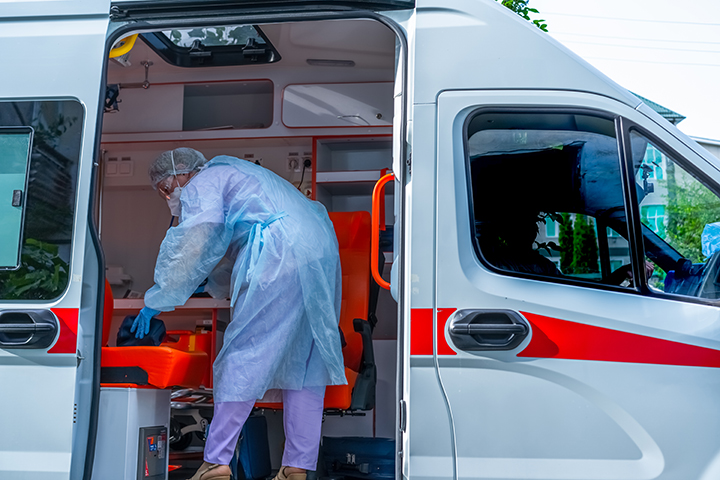 Ambulances in the Eastern Cape have come to standstill with at least 300 out of 447 vehicles unable to take to the streets as the COVID-19 third wave sweeps across the province.

And three of the five private ambulance companies have also closed down because they are owed millions by the Road Accident Fund (RAF) for services rendered. As if this isn’t enough, the province’s air ambulance service has been grounded until next month with the awarding of a new tender yet to take place.

The three companies which have closed shop in Nelson Mandela Bay (NMB) are Baymed Emergency Services, Berned Ambulance Services and Besmed Medical Services. All suffered the same fate – a lack of funds needed to operate.

Baymed owner Leon Baartjies told Health-e News on Monday that he is owed R1,8 million by the RAF for services rendered, some dating back to 2017.

“This is really frustrating. Each time you phone to follow up on your invoices, you are sent from pillar to post. They just don’t want to pay us,” said Baartjies at his home pointing at two of his vehicles supported by bricks due to worn out wheels.

“In 2017, they investigated my company claiming I was submitting fraudulent invoices but they found nothing. It was just a trick of not wanting to pay,” he said.

Meanwhile, Christel Pieterse of Berned, said her husband suffered a fatal heart attack when he was unable to rescue his business.

“We used to have three ambulances but now we are left with one – which is not even in good  condition. They owe us close to a million rand. My husband had a heart attack due to stress and he died in 2019,” said Pieterse sobbing in an telephone interview.

Besmed owner Wesley Vesper said he hadn’t received a cent from the RAF since doing business with them in 2019.

“Everytime I submit invoices I am given the runaround. I have been phoning for the past two weeks with no response. It is really sad the way we are being treated by the RAF,” said the owner of four ambulances all standing idle.

A spokesperson for the RAF, who declined to be named, confirmed that they were doing business with the ambulance companies but denied not paying them.

“Yes, we know of these companies but their claims that they are not been paid are not true,” he said before adding that the RAF will investigate further.

“Their claims are not true. We have made payments to those companies. However, we heard about their complaints and we have set up a team to investigate the matter,” he explained.

With a population of 1.6 million, the NMB metro is currently serviced by only 23 ambulances. Adding to their woes is that the government is not paying the service provider who services the ambulances.

The Government Fleet Management Service (GFMS) maintains all government vehicles and as at March 2021, is owed over R250 million. – Health-e News