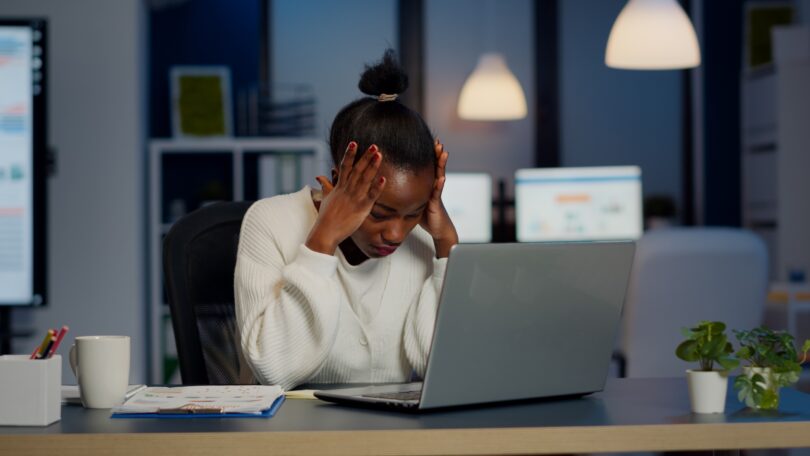 We all have a love-hate relationship with money which often causes a lot of financial stress. especially when family is involved. (Photo: Freepik)

COVID-19 caused a lot of stress and panic in all spheres of our lives. Our wallets especially took a hard knock during the pandemic which has seen an increase in the feelings of financial stress among young people.

A financial wellness survey, conducted by Sanlam last year, revealed that more than 70% of young people are feeling the pinch. They are weighed down because family members often rely on them for financial support.

The study also found that at least 20% of people listed childcare and family responsibilities as having a mental toll on them. Often these individuals are the only ones who are employed within a family setup, adding to the pressure.

Ivan Sambo is an experienced financial educator and content creator who currently resides in Cape Town. He defined financial security as the ability to provide for your needs and protect your assets and future investments.

He agreed that money matters and has the power to cause both happiness and stress within the blink of an eye.

Mayakhe Ludidi* shared his frustrations based on his situation at home.

“My mother and two brothers depend on me more than anyone in this world. I am the first person she calls when there is no bread in the house. Or, when my brother needs something, and she doesn’t have another plan. Although I have tried to communicate with her about how her reliance on me makes me feel, it happens so often and I don’t know how to address it anymore,” said Ludidi.

The 24-year-old recently landed a job as a content administrator after being unemployed for over a year since graduating. He said that he has tried to help his mother find a job but has had no luck so far.

“She found a few part-time jobs and was employed at a creche while I was at varsity. However, she became pregnant with my little brother and stopped working.”

A burden to carry

Ludidi said that the feeling of being financially responsible for his family can feel heavy at times.

“Before I lost my phone, I started avoiding calls on payday because I knew what they were going to be about. Sometimes, I get stressed and feel guilty for living my life – going out and buying myself clothes – because I know that my family at home isn’t living like that.”

Ludidi said that he used to get migraines from the constant stress of feeling torn between his family obligations and making a life for himself.

Boledi Tladi, a therapist and social entrepreneur said that a relationship with money develops from a young age. She added that an individual’s childhood play’s a huge role in this lifelong connection.

“Our sense of confidence, capabilities, and self-esteem are all connected to money. Money is about material things as well as survival. We often ask ourselves the question: ‘how much money do we need to just exist?’. How one grows up also influences the type of relationship we have with money. If one experiences early struggles with money, it can lay a foundation for the rest of your life,” she said.

How one SMS can change everything

Tladi said that it is important for individuals to pay attention to their minds and bodies when they get a notification of incoming money.

“You feel safe and instantly uplifted. But, when it’s debit order notifications, it’s the opposite. It just doesn’t feel the same when money leaves your account. This highlights how money is linked to our moods. It also makes you think about how you’re able to show up for your loved ones in relationships. If we don’t have money, it feels like we aren’t present in the relationship,” said Tladi.

I want your money, honey

*Ziyanda Zembe, 28, from Johannesburg, said that she doesn’t want to be made to feel bad for expecting her partner to spend money on her.

“For me, it’s important for a man to show me that he can take care of me and can take care of himself. If we intend on being in a long-term relationship, building a family, and getting married, I want to know that he can show up financially. All of that starts with going out on dates every now and then, and looking at how he maintains himself, and his car for example,” she said.

Zembe explained that she believes that romantic gifts are an expression of love that she requires and appreciates.

“That doesn’t make me a woman who is out for money or a slay queen. I can afford the things I expect my partner to do for me, but seeing that he is able to, makes me feel secure,” said Zembe.

When love and money collide

Sambo said that the cultural and historical understanding of a man being a provider is carried through in most romantic relationships.

He noted the importance of both partners participating and managing money matters.

*Lutho Dube, 25, said that he is still single because of his past experiences in a relationship where he found it difficult to cope.

“She wanted too much. My girlfriend would ask me to buy her things without having any idea about my financial situation. She would never ask me about it and I guess I could never tell her because of her expectations,” he said.

Dube is working as a store assistant at a clothing shop in Port Elizabeth. He said that his inability to live up to his former partner’s romantic expectations ended up making him lose his self-esteem.

“Our relationship ended for different reasons but I would be lying if I said I wasn’t relieved. The demands and expectations disguised as ‘boyfriend duties’ were just too much for me,” said Dube.

Sambo advised that conversations about money should be had in every relationship so that both parties know where they stand.

“Financial expression is important for a person’s personal growth and their relationships. If a person is employed, and their partner is unemployed, they can have a good relationship if they understand each other and the role money plays. Similarly, to a couple who have larger salary gaps, which in some ways means the person who earns more money, will have more responsibilities. Which can work, if money enters the conversation,” he said. – Health-e News